What’s it like to get hit by a speeding car during a stunt? 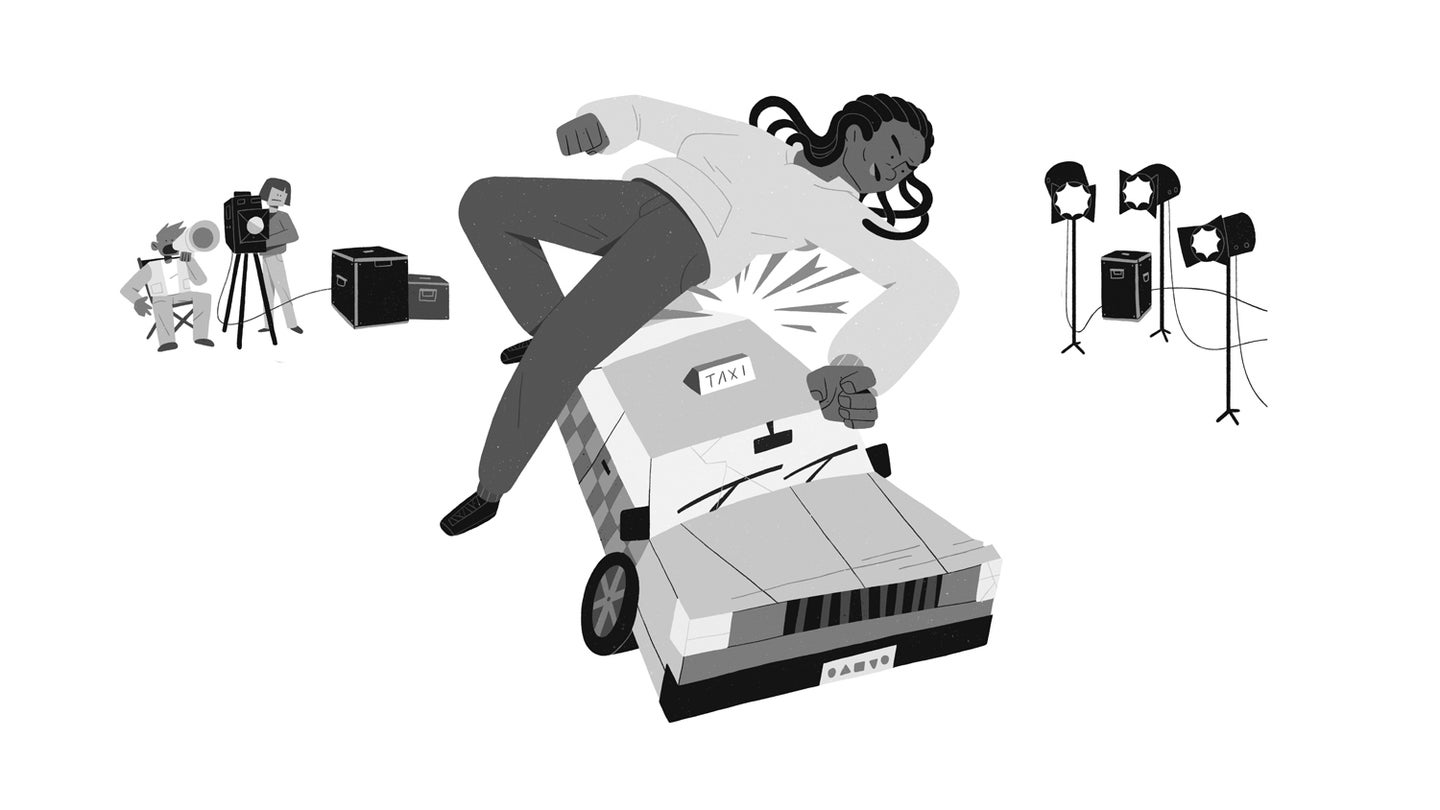 Jwaundace Candece is a Hollywood stuntperson and professional wrestler. Here’s her tale from the field as told to Sara Chodosh.

I’ve been in the business since 2003, performing stunts both in movies and on television. I do all kinds—fire burns, in-car crashes, even high-speed chases—but the freakiest, most brutal feat I’ve ever pulled off was a blind car hit. That means I was running into the street, and the incoming car slammed into me from behind, at a speed of 30 miles per hour.

There are so many things that can go wrong when performing a stunt like this. So directors use multiple cameras at ­various angles to be sure they get enough footage for the scene in a single take.

The key to nailing this move is to end up on top of the car, so you have to be tall enough for your hips to reach the hood. Otherwise you have a higher probability of ending up under the wheels. For this one, which featured a New York City taxi, I was good to go with an inch to spare.

Stunts like these happen fast. Once I felt the impact, I tried to get into a rag-doll posture: as limp as possible. Being too stiff or tense increases the chance that the force of impact could break a bone. If you are loose, your body will fold into whatever position ­provides the least amount of resistance.

The next thing I saw were my legs. I had hit the hood—thank goodness—and my body had flipped like I was doing a backbend. Two seconds later, I came off the side of the car and landed on the ground. It was all over.

I used to be a professional wrestler, and learning to “take a hit” really helped. You have to trust your strength and feel it. It wasn’t until I saw the footage that I thought, Oh, I’m really crazy. When I got home, I kissed my son and promised I’d never do a stunt like that again.