How Much Exercise Do We Get From Talking?

Short answer: Not much, unless YOU’RE SHOUTING 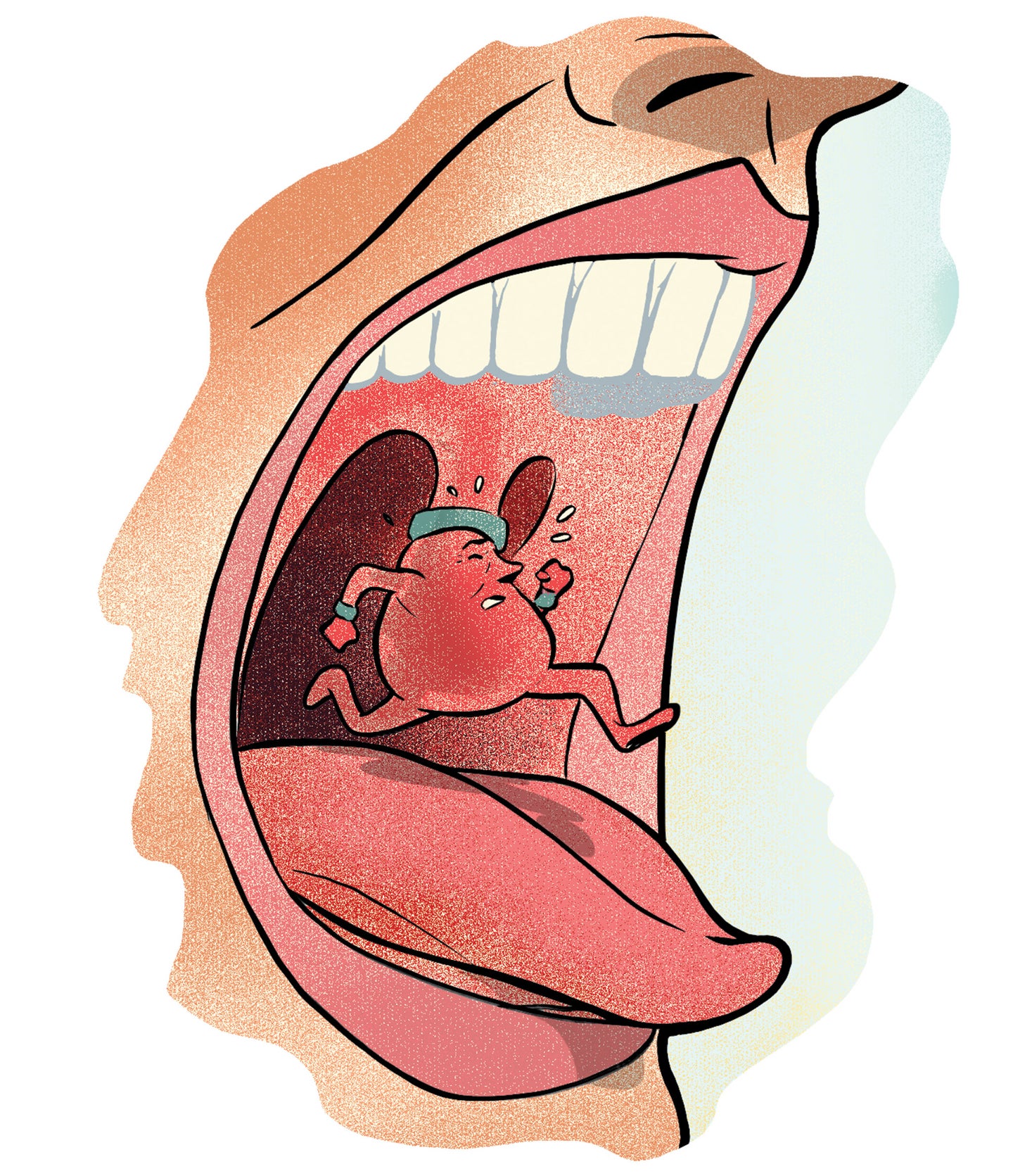 Speaking involves dozens of muscles, and it can be a bit tiring. For a study published in 1998, speech-language pathologist Bridget Russell, of the State University of New York at Fredonia, asked participants to read aloud using either a quiet, normal, or loud voice while she measured their breathing rates, oxygen consumption, and energy expenditure. Russell found that continuous, normal speech is no more exhausting than sitting in silence, but quiet and loud talk both interfere with normal respiration. Most affected were men who read out loud at high volume; they took in 20 percent more oxygen.

That’s on par with measurements in other species. Franz Goller, a physiologist at the University of Utah, has studied the energetic costs of singing in birds. He guessed it would be tiring: A canary erupts in 30-second bursts of song, replete with complicated trills that require rapid “mini breathing,” tens of times per second. When he ran experiments on zebra finches, though, which have comparable vocal behavior, he found their metabolic rates went up by only 5 to 35 percent while singing. That’s about as tiring as cleaning one’s feathers. Or, in human terms, Goller speculates, walking down the street.

Then again, even an easy task grows costly with repetition. “If you spend a penny on something 3,000 times a day, that’s still 3,000 pennies,” he says. “As a teacher, at the end of a day of speaking, I’m exhausted.”

This article was originally published in the August 2015 issue of Popular Science, under the title “How Much Exercise Do We Get From Talking?”

Ask Us Anything
ask anything
august 2015
calories
exercise
print