Searching for a nanoparticle in a haystack 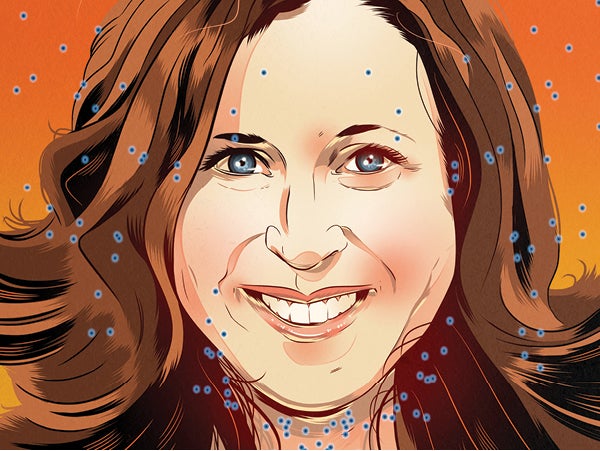 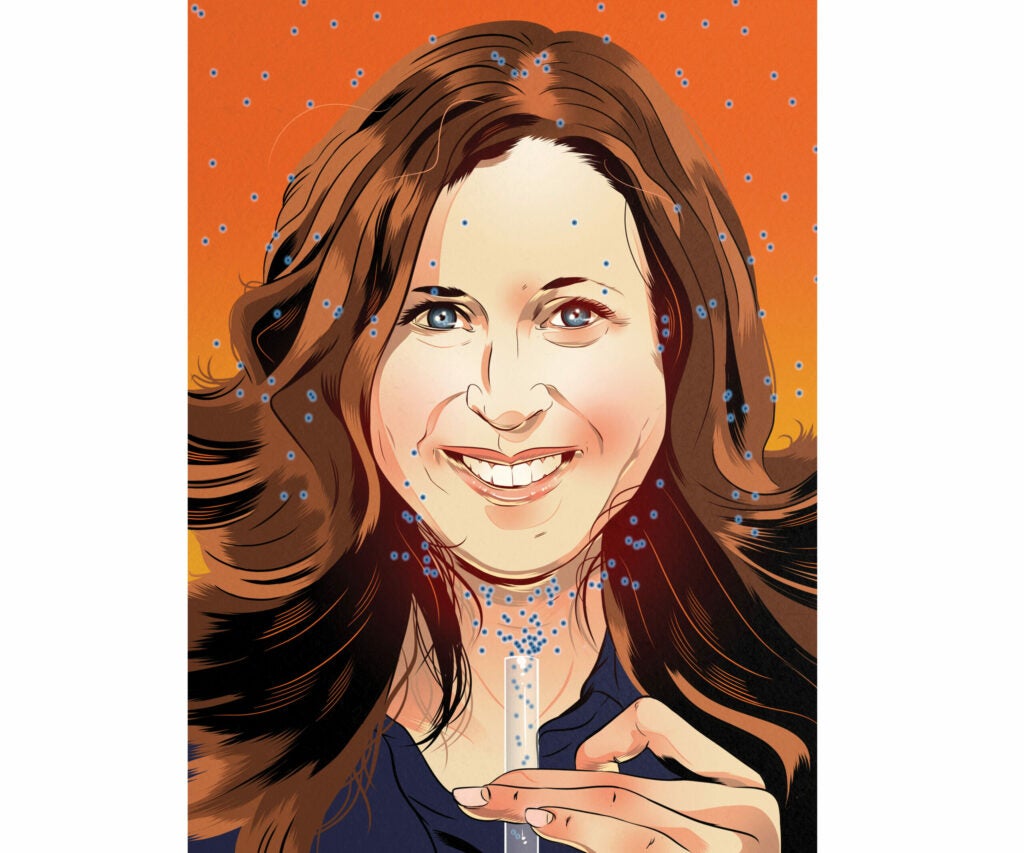 The human body is difficult territory to conquer, even for medicine: Many drugs have to enter the bloodstream, bypass the immune system, and arrive at a precise location within a designated cell. That’s why Kathryn Whitehead, a chemical engineer at Carnegie Mellon University, is searching for the perfect vehicle: a nanoparticle that can shuttle new therapies directly to where they’re most needed.

Whitehead is focused on double-stranded bits of nucleic acid called small interfering RNAs (siRNAs). These molecules can block the production of many proteins that cause disease, and so can potentially treat everything from genetic disorders to viral infections. But siRNAs are unstable and difficult to deliver. While many researchers have tried encapsulating them with nanoparticles, they’ve struggled to find one that works successfully.

“People look at me like I’m crazy when I say I tested thousands of materials.”

To identify the ideal delivery system, Whitehead employed a labor-intensive approach: Rather than tweaking the structure of a single nanoparticle bit by bit, she and her colleagues generated 5,000 novel ones, then tested the most promising in mice. “It sounds like a lot of work, and I suppose it was,” she says. But the strategy enabled Whitehead to find nanoparticles she might have otherwise missed. “You just never know what’s going to work well,” she says.

By comparing the successes and failures, the team developed a model to predict the best particles. And they’re now using their top candidate to develop therapies for non-Hodgkin lymphoma—drugs that target only cancer cells with specific mutations, hopefully ridding the body of disease with fewer harmful side effects.

Whitehead credits much of her scientific success to plain old perseverance; her lab’s mascot is the honey badger, an animal known for its determination. “People look at me like I’m crazy when I say I tested thousands of materials,” she says. “I think some others would have given up.”