Hurricane Matthew Is The Most Dangerous Storm Since 2007

Powerful and on its way 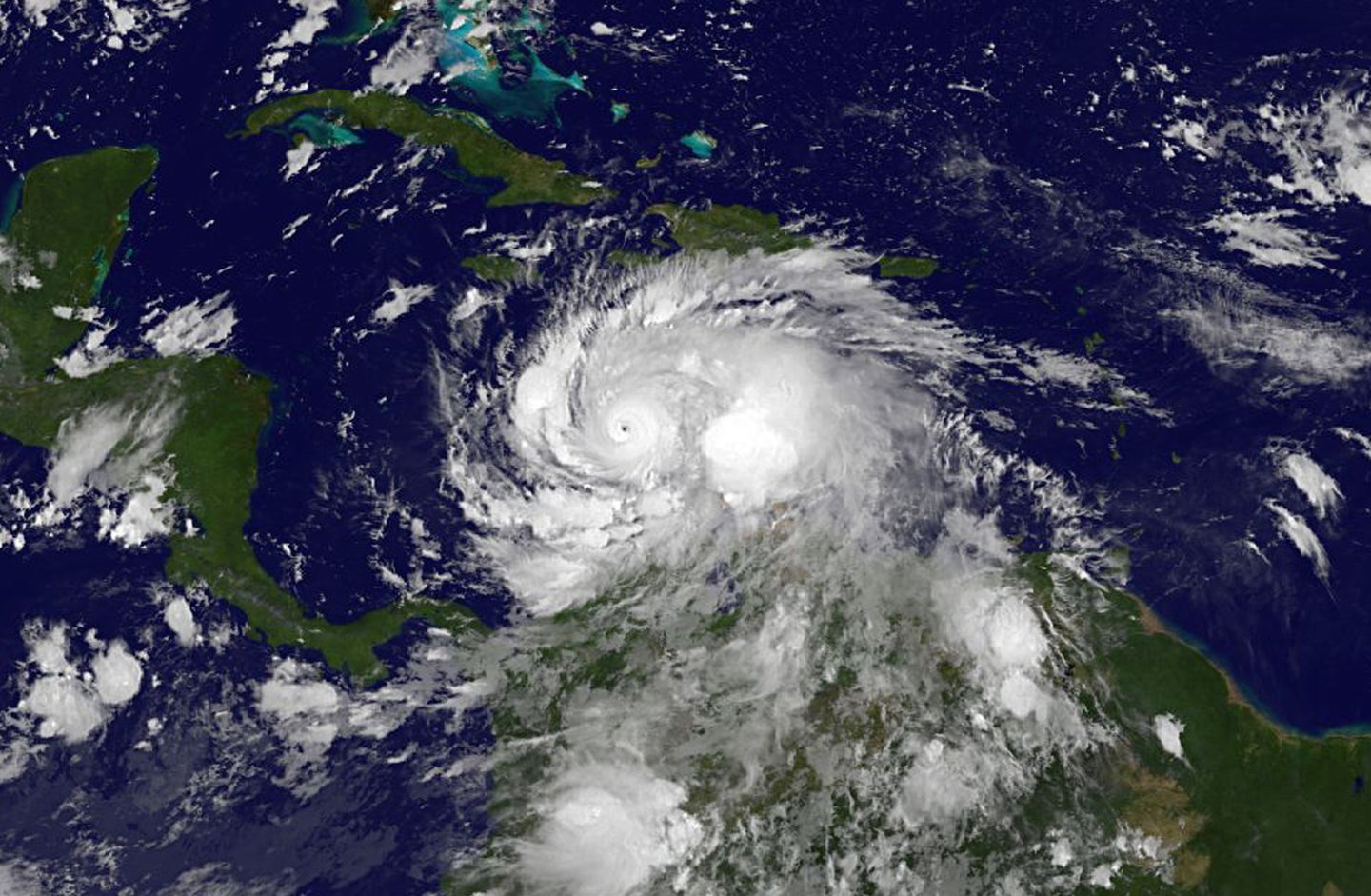 The behemoth storm Hurricane Matthew is slowly churning towards the Caribbean nations of Jamaica, Haiti, Cuba, and the Bahamas. The exact path it will take over the next hours and days remains uncertain, but it is powerful and very dangerous. It’s the first Category Five hurricane since 2007, but that’s only part of why it’s such an outsized threat.

“Once you get a hurricane in the Caribbean, there’s no way out. Hurricanes rarely dissipate over the open ocean, and in this particular case Jamaica and Haiti and Cuba are the first countries that are going to be impacted, pretty severely,” The hurricane is not currently forecast to hit the United States, but that could change as the storm continues northwards.

In order for a storm, particularly a large storm like Matthew, to form, the water temperatures need to be very warm in the top layer of the ocean—at least 80 degrees Fahrenheit in the top 100 to 150 feet of the water column. That has to be coupled with a mass of moist air, and a low level of wind shear, which is simply a difference in wind speeds with altitude. Winds blowing much faster at high altitudes than in lower altitudes (a situation that causes high wind shear) will disrupt the formation of a hurricane. So will the introduction of cold water, or a mass of dry air. But mix warm water, moist air, and low wind shear together, and you’ve got yourself one powerful hurricane.

Hurricanes are rated on the Saffir Simpson scale which places hurricanes into five different categories, from the lowest, a Category One hurricane, which has sustained winds between 74 and 95 miles per hour, all the way up to Category Five, which has sustained wind speeds of 157 miles per hour or higher. Storms with wind speeds between 39 and 73 miles per hour are not hurricanes but tropical storms, while storms below that 39-mph threshold are mere tropical depressions. Even lesser storms can pack a big impact. Sandy, when it hit the East Coast of the United States in 2012, didn’t even rate as a tropical storm, but it caused millions of dollars in damages, and killed 285 people. A larger hurricane can be much more destructive.

Matthew was briefly classified as a Category Five hurricane on Friday, earning it a spot as one of the more powerful storms to form in a very long time. It is currently rated Category Four. Hurricane winds radiate for 35 miles outside of the eye of the storm.

“The last time we had a hurricane reach Category Five was nine years ago, in 2007. These extreme hurricanes are fortunately very rare events, just because the environment is often very hostile for hurricanes to form.” Landsea says.

A powerful hurricane (usually Category Three or above) can cause destruction with high winds alone. But they can also cause seawater to surge along a shallow shore, or cause flooding with massive amounts of rain. The hazards associated with a hurricane like Matthew can vary, depending on where they make landfall.

While storm surge from Matthew is still a worry in the Caribbean, the rainfall and flooding are an even bigger worry to disaster preparedness experts.

“In particular, if it’s hills or mountainous terrain like it is in Jamaica and Haiti and Cuba, that higher terrain often causes even more rain to occur,” Landsea says. Some areas of Haiti are expected to get over 25 inches of rain with some isolated areas getting as much as 40 inches of rain over the next few days.

The fear is that the extreme rainfall, coupled with the terrain, is going to produce horrific flash floods and mudslides that could affect the most vulnerable populations. Landsea says that in many population centers in the Caribbean, there are areas of very high population density, with many of the poorest people living in steep ravines or river valleys near the city. Those ravines are incredibly susceptible to flooding. Other, human factors make the geography even more deadly.

“In a country like Haiti, there is a lot of deforestation that makes the runoff and the flooding even worse” Landsea says. Without robust tree roots to hold back the soil, and help the high volumes of rain permeate the ground, the steep slopes that define the Caribbean nation are more vulnerable to hazards like landslides and mudslides.

That’s on top of systemic infrastructure problems left over from the massive earthquake that hit Haiti in 2010, from which the nation is still recovering.

“The combination of so many people living in vulnerable areas means that there are going to be a lot of people that get hurt or killed.” Landsea says.