Hubble Took A Beautiful Photo Of A Barred Spiral Galaxy 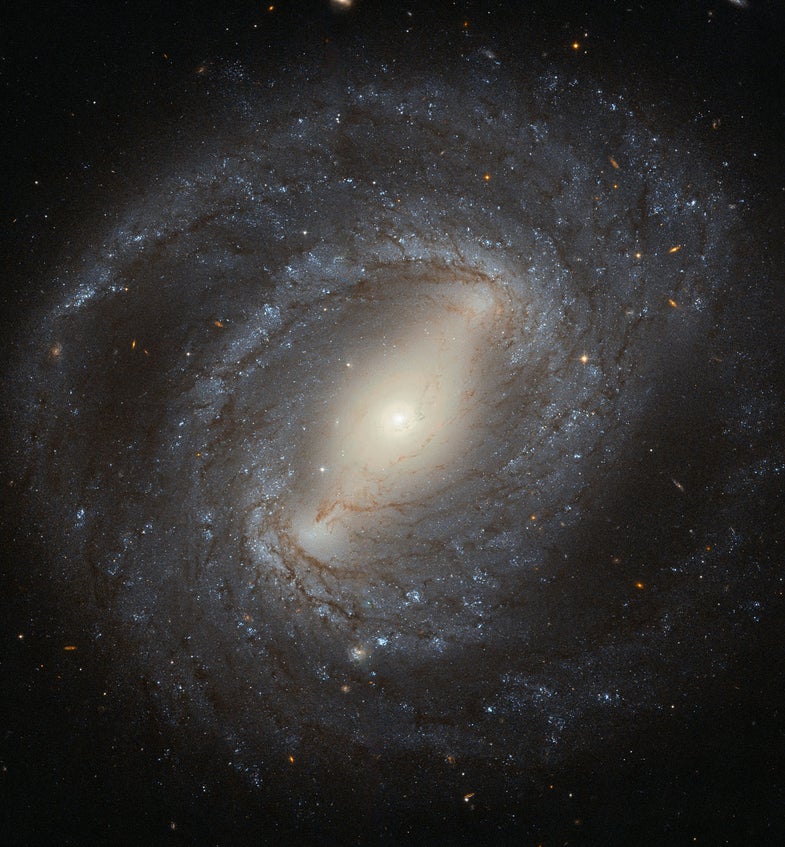 Discovered in 1784 by the German–British astronomer William Herschel, NGC 4394 is a barred spiral galaxy situated about 55 million light-years from Earth. The galaxy lies in the constellation of Coma Berenices (Berenice's Hair), and is considered to be a member of the Virgo Cluster. NGC 4394 is the archetypal barred spiral galaxy, with bright spiral arms emerging from the ends of a bar that cuts through the galaxy’s central bulge. These arms are peppered with young blue stars, dark filaments of cosmic dust, and bright, fuzzy regions of active star formation. At the centre of NGC 4394 lies a region of ionised gas known as a LINER. LINERs are active regions that display a characteristic set of emission lines in their spectra— mostly weakly ionised atoms of oxygen, nitrogen and sulphur. Although LINER galaxies are relatively common, it’s still unclear where the energy comes from to ionise the gas. In most cases it is thought to be the influence of a black hole at the centre of the galaxy, but it could also be the result of a high level of star formation. In the case of NGC 4394, it is likely that gravitational interaction with a nearby neighbour has caused gas to flow into the galaxy’s central region, providing a new reservoir of material to fuel the black hole or to make new stars.
SHARE

Hubble is still teaching us so many years later. Case in point: today the telescope team tweeted a beautiful shot of a barred spiral galaxy. This one is not new–it was discovered in 1784 by German-British astronomer William Herschel.

NGC 4394 is located about 55 million light years from Earth in the Virgo Cluster. It’s in the constellation of Coma Berenices (Berenice’s Hair).

What is a barred spiral galaxy? NASA explains: