All Of The Asteroids That Could Potentially End The World

Here's the path of the nearly 1,400 asteroids that would cause "major devastation" if they hit our planet. 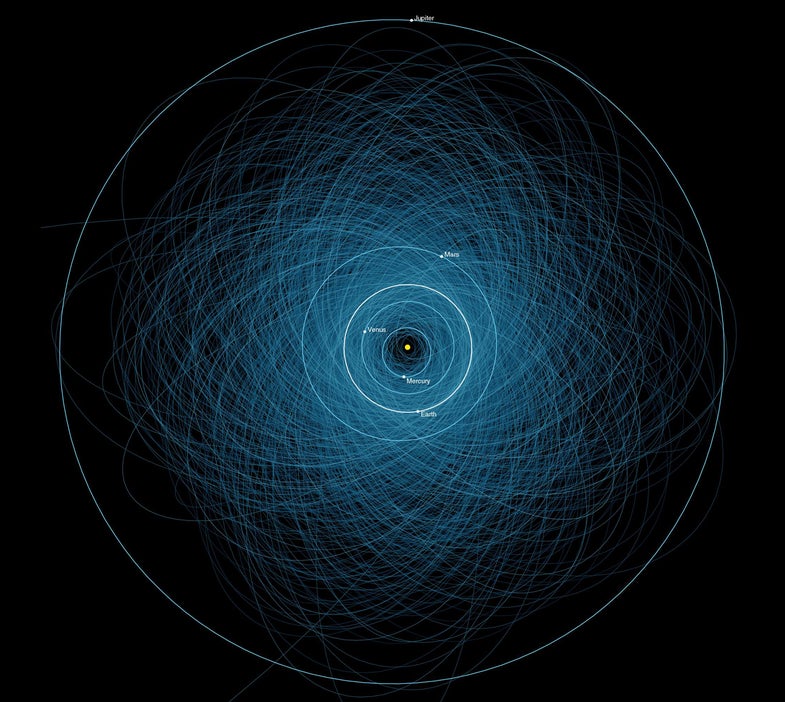 It’s no surprise that NASA is keeping track of all potentially hazardous objects, or PHOs, that surround our planet. If it’s closer than 4.6 million miles away and larger than about 350 feet in diameter, NASA’s watching it. And if a comet or asteroid’s orbit comes close enough to ours that there’s some potential for it to collide with our planet, NASA classifies it as a PHO. If something that size smacked Earth, it’d cause a major tsunami (if it hit water) or major regional destruction (if it hit land).

There are 1,397 known potentially hazardous asteroids (PHAs) at the moment, which you can see in this list. (The other PHOs are comets.) But why look at a list when you can look at a massive gorgeous picture? The image above, taken from NASA/JPL’s Photojournal, shows all 1,397 of those PHAs as represented by their orbits. Kind of amazing that we haven’t been hit by one, isn’t it?