Watch An Uncrewed Spaceship Burn Up In The Earth’s Atmosphere 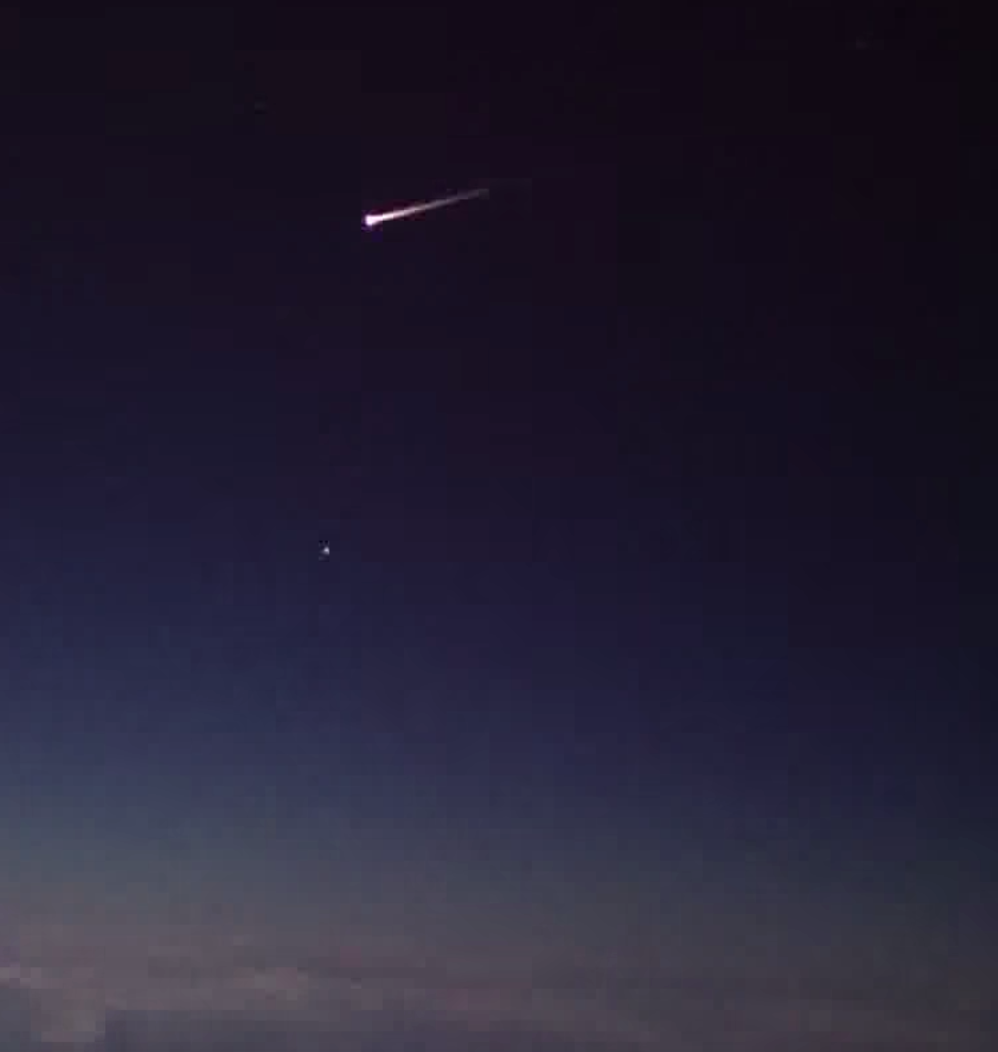 What goes up must come down in a fiery blaze of glory.

In a video released by the SETI Institute, you can watch Orbital ATK’s latest Cygnus spacecraft turn into a brilliant fireball and go streaking across the horizon above the Pacific Ocean.

The video, taken from an airplane, was part of data collected as a part of the Cygnus Shallow Re-entry Observation Campaign. The project monitored the Cygnus capsule’s re-entry into the Earth’s atmosphere, gathering data that could help predict what will happen when the International Space Station is decommissioned (likely not until after 2024). When its job is over, the ISS will fall back to Earth, breaking apart in the Earth’s atmosphere and splashing down in the ocean.

The first Cygnus spacecraft launched to the ISS in 2013. There have been five successful launches of the Cygnus spacecraft to the ISS, and one explosion in 2014. This particular Cygnus aircraft was carrying trash and the remains NASA’s Saffire I experiment, during which scientists lit a controlled fire on the spacecraft.