Neuroscientists are developing tests that could clarify whether vegetative patients retain any awareness. 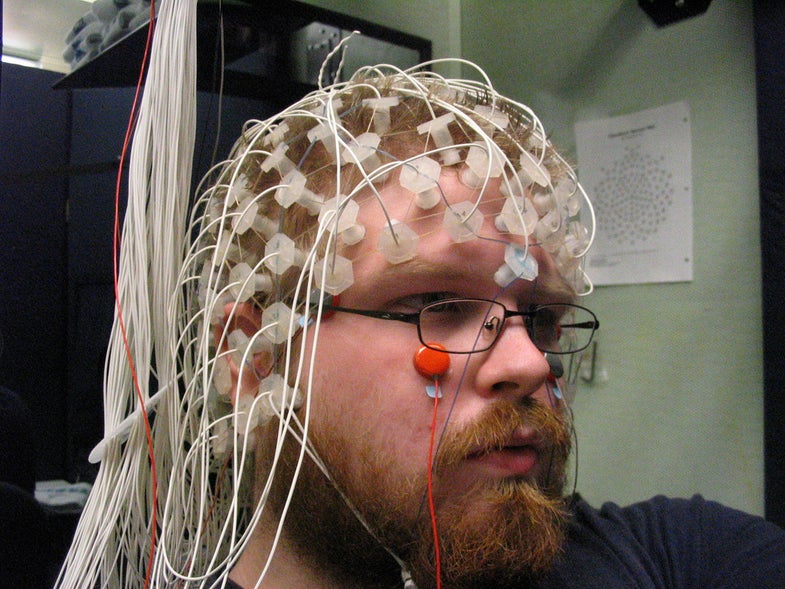 Determining whether a brain-injured patient is conscious is fraught with moral and ethical complexity: What does it mean to be awake? What does it mean to be truly alive? Medically, it’s an open question, as doctors have to determine whether a vegetative patient’s responses to stimuli are reflexive or purposeful. Morally and legally, it’s a minefield–remember Terri Schiavo? Despite the difficulties, neuroscientists in Europe are moving closer to an objective measure of consciousness.

We have seen several interesting tests and therapies over the years to assess locked-in and vegetative patients, and even to help them communicate. In one notable case, a man who was categorized as vegetative and unconscious responded to yes-or-no questions in the same manner as a fully alert person. Other studies show that EEG devices can be used to deduce an unconscious person’s imagined actions by reading his or her brain activity. While these are promising, they’re not generalizable–or at least no one has tried to make them into a generalizable consciousness test. Melanie Boly, a postdoc at the Belgian National Fund for Research in Liege, Belgium, is working on this, according to Nature News.

The team subjected a group of volunteers to a brief electromagnetic pulse via cranial electrodes, and watched the ripple of brain activity it produced. The pulse produced patterns of activity through the brains of 32 alert, healthy people. In asleep, healthy people, the pulse produced a shorter response, which stayed physically closer to the location of the pulse, Nature says. The varying brain activity was quantified according to its complexity, and Boly and her colleagues used this to up with a “response complexity” metric. Then they tried the same technique on a group of people who had been diagnosed as vegetative, minimally conscious or “locked-in.” In the vegetative people, the pulses looked a lot like the sleeping-subject brain patterns. As the patients’ levels of consciousness increased, so did the complexity of their brain responses.

The team says the response complexity index could help doctors trying to determine a patient’s level of consciousness.