Listen to Your Intuition, Because Your Body Can Predict Future Events Without Conscious Clues

Humans can predict the future when we have some evidence--like clouds and the smell of rain hinting at a storm. But can we anticipate future events without sensory clues? 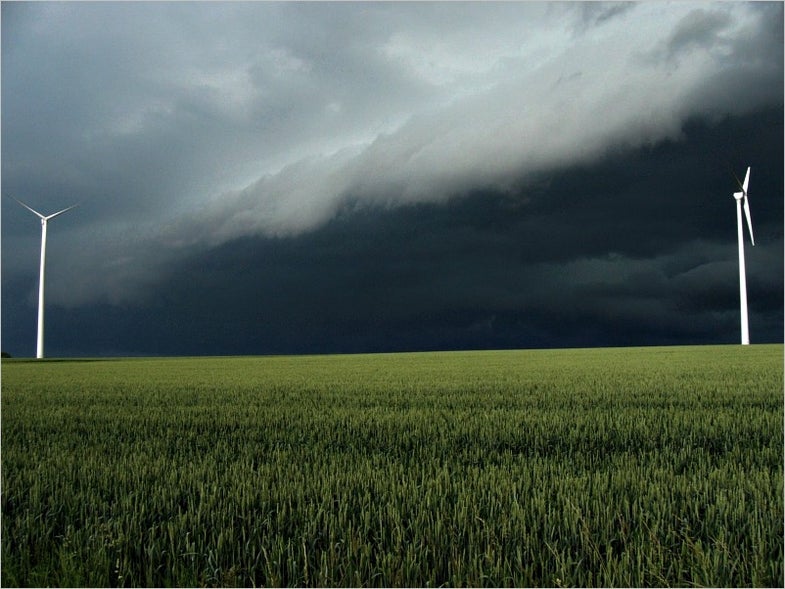 Pre-cognition might really exist, at least in some limited fashion, according to a new study of studies. Humans can anticipate near-future events even without any evidence presaging the event–and apparently without realizing it. One researcher even hints that quantum behavior might be involved.

It’s not necessarily extra-sensory perception, but “presentiment” can be real, and it may be based on physiological cues that biology still can’t explain. It’s something we’ve all experienced to some degree–like when you just know the driver in the lane next to you is coming over, or when you can feel that your boss is coming down the hall and you’d better look busy.

Predicting the near future is actually very common, notes Julia Mossbridge, lead author of the study and research associate in the Visual Perception, Cognition and Neuroscience Laboratory at Northwestern University. If we see dark clouds and smell the sharp musk of rain, we can deduce that a storm is probably coming. It’s the whole where there’s smoke, there’s fire logic. But even without these sensory clues, humans can react preemptively–there’s an unexplained “anticipatory effect,” according to Mossbridge’s meta-analysis.

“Human physiological measures anticipate what seem to be unpredictable future events by deviating from a baseline before an event occurs,” she and her co-authors write.

The study examines other studies that support this hypothesis, and examine how people respond to stimuli. They find a consistent anticipatory effect in various studies, according to the paper. There are several reasons why people seem to be able to predict what will happen, the authors say–it could be “sensory cueing,” in which an experimenter gives something away; it could be a matter of inaccurate sensor readings; and it could come from the other studies’ data crunching. But that isn’t enough to explain this consistent yet small “anomalous anticipatory activity,” as Mossbridge dubs it.

“We can’t explain it using present-day understanding about how biology works; though explanations related to recent quantum biological findings could potentially make sense,” Mossbridge notes in a statement.

Whatever is causing it, she believes the effect is clear–although no one can explain it.

“If this seemingly anomalous anticipatory activity is real, it should be possible to replicate it in multiple independent laboratories,” she and her co-authors write. “The cause of this anticipatory activity, which undoubtedly lies within the realm of natural physical processes (as opposed to supernatural or paranormal ones), remains to be determined.”

The study appears in the journal Frontiers in Perception Science.