PETA thinks vegans should donate their poop to those in need

There's just one problem with this plan. 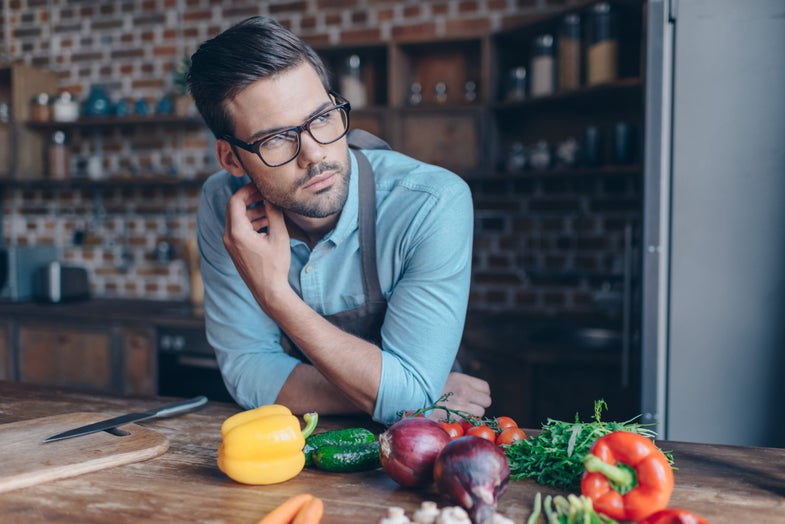 To the uninitiated, Fecal Microbiota Transplants (FMT) sound like, well, a load of crap. But a growing body of evidence shows that individuals suffering from debilitating gastrointestinal infections can benefit—sometimes profoundly—from the addition of someone else’s poo. Our guts are populated by hordes of bacterial friends and foes known collectively as our microbiome, and it seems that, in some cases at least, getting a shot of someone else’s microbial colonies can help your stomach knock out dangerous baddies for good.

And by shot, we don’t mean the kind you get in a syringe. Most FMT patients throw their treatments back in pill form. Indeed, some desperate patients actually churn up their own fecal smoothies and down them at home (this, it should be noted, is as dangerous as it is gross).

But even if you undergo FMT in the sterile, safe setting of your doctor’s office, that poop still has to come from somewhere. The U.S. is home to two stool banks—AdvancingBio in California and OpenBiome in Massachusetts—that solicit applications, rigorously review donor health, and turn feces into valuable medicine.

And now People for the Ethical Treatment of Animals (PETA) wants their members to cough up their caca. In a statement published on Wednesday, the organization applauded research showing that vegans are the “gold standard” of fecal transplant donors: “fecal transplants from vegan donors are often of a better quality and are more sought after than those from meat and dairy ‘product’ eaters, because vegans are more likely to have healthy bacteria,” a blog post states.

It’s great to encourage healthy people to help get others well, but is it true that a totally plant-based diet makes you a superpooper?

Do vegans have more valuable poop?

The short answer is: probably not.

It’s hard to put a price tag on a good bowel movement. One report found that $9.5 billion in natural gas could be extracted from the world’s poop annually. Another estimated that, were it possible to mine the minuscule fragments of valuable minerals from human excrement, a single city could make $13 million a year. And if a stool bank deems you worthy, you could make up to $13,000 a year as a professional pooper.

PETA claims that vegan feces are indisputably superior and in-demand. But while the organization cites a couple of medical professionals known for exposing veganism’s virtues (and one single study from 2014) as proof of their claim, the evidence just isn’t there. OpenBiome is said to support PETA’s announcement, but the stool bank’s statement—”We’re grateful that you’re using your platform to raise awareness about the fact that healthy people can donate stool to save lives”—isn’t exactly a desperate cry for vegan donors. When asked for clarification, representatives from the company told PopSci that they had nothing to do with the claim that vegans are sought after as donors. In fact, their own data suggests that diet has no bearing on whether or not an otherwise healthy individual gives successful stool. The particulars of what you eat don’t seem to make a big difference in the process, and there certainly isn’t data to support the idea that one nutritional plan stands out as the best.

“We know remarkably little about the microbiome of vegans,” Jonathan A. Eisen, a professor at the University of California, Davis, told PopSci via email. “There are only a few papers that address this directly and only a few others that address it indirectly. In total, these papers report data from a tiny number of people in a small number of locations with a very narrow diversity of people studied. As far as I know there is no published data on whether vegans are good FMT donors.”

Wait, who has the best poop???

This is a fascinating question, because the answer eludes us. Scientists are scrambling to figure out what exactly constitutes a healthy microbiome—and how to get it—but we’re not there yet.

“There’s a lot of bullsh*t out there, no pun intended,” says Elizabeth Louise Hohmann, a physician who’s done extensive research on FMTs. There’s growing evidence that our gut microbes can influence everything from our weight to our moods, but the mechanisms by which microbes move us remain mysterious. Just as scientists have yet to land on a single diet that can improve health and wellness across the board (you shouldn’t trust anyone who tells you otherwise!), researchers are similarly wobbly on what your inner garden of gastrointestinal bacteria should look like.

“I’ve even seen some hysterical stuff about how elite athletes have super poop that could make us all better at sports,” Hohmann says with a laugh. “And look, we’re just not there yet.”

So it’s misguided to suggest that one group of people are the source from which all FMT donations should spring. Jack Gilbert, a researcher at the University of Chicago and Argonne National Laboratory, pointed out over email that even folks with “healthy” microbiomes might not be the right fit for a particular FMT patient. Individuals with guts ravaged by C. difficile, currently the only prime candidates for the treatment, are incredibly vulnerable to unfriendly bacteria. A microbe that does a healthy donor no harm might flourish in—and wreak havoc on—the recipient’s gut, or otherwise impact their health somehow. A healthy microbiome is probably in the tummy of the beholder, as it were, and the question of who should donate poop is even more complicated.

As for whether or not vegans are particularly worthwhile sources, Gilbert wrote, “I wouldn’t agree. Too many variables to consider.”

Should I be vegan?

That’s entirely up to you, my friend. There are certainly ecological and health benefits associated with the reduced consumption of meat. But someone eating vegan in the suburbs still has a bigger carbon footprint than an occasionally omnivorous subway-taker in the city, and a vegan who relies on heavily processed foods is liable to be less healthy than a more discerning meat-eater. If you want to help the planet, cutting down on animal products to the degree that feels good for your body is a great call. But that last bit is important, and when it comes to gut health, there simply isn’t evidence that cheese is a colony killer.

In fact, a recent study on modern hunter-gatherers suggests that a more varied diet—one that exposes you to the microbes found in fresh meat and such—may lead to a more varied gut microbiome. Of course, just as scant studies on small groups of vegans fail to tell us anything about vegans as an entire group, that one hunter-gatherer study doesn’t mean meat is definitely the best way to bulk up your bacteria. Individual studies simply provide evidence. Additional, unrelated research is necessary to confirm those results. In time, if enough scientists study enough subjects with enough variables explained away, we might actually come to some consensus. But for now, the only thing microbiologists seem comfortable saying is that more variety is key. If you have more species of bacteria in your gut, you’re more likely to be resilient to any given infection.

Just tell me how to get a healthy microbiome!

If diversity is your goal, fiber is a great way to get there. Like, a lot of fiber. So much fiber. As long as your doctor says that’s okay for you, of course. Too much fiber can lead to gas, cramping, and loose stools, and it can cause serious trouble for people with Crohn’s disease. As with all things, one person’s moderation may be another’s excess. But as a general guideline, more plant variety seems to be beneficial.

“One thing that really seems to enhance microbial diversity is eating many different plants,” Hohmann says, though she’s quick to remind us that you can eat a veritable cornucopia of produce and still also enjoy some animal products. “That’s certainly helpful, and I tell my patients that. If you eat a lot of different fruits and veggies, this will help your flora,” she says. But the research is still in its early stages, she adds, and giving advice more specific than that is just misguided.

Should I donate my poop?

If you live near one of the two aforementioned stool banks, you can certainly try! They’re extremely selective—no matter what you eat—but it’s not like that excrement is doing you any good getting flushed down the toilet. Eat plenty of fiber, find a diet that keeps you feeling good, and go see if you can make a little extra cash—and perhaps save a few lives—by giving your poop to a noble cause.