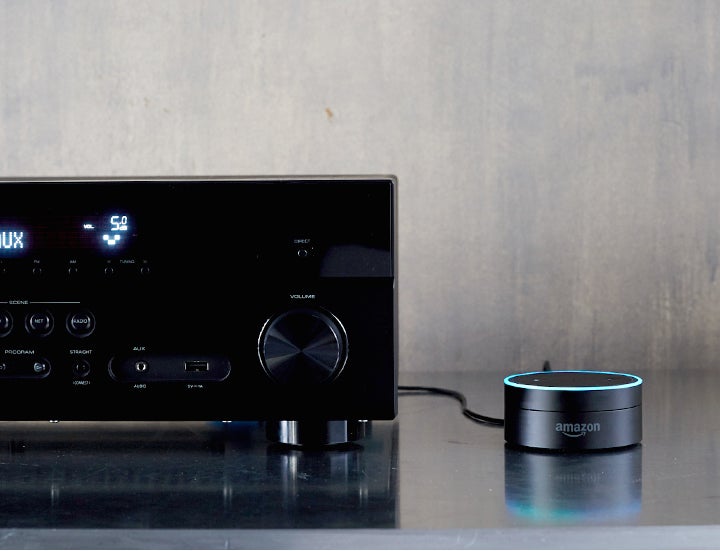 Amazon Echo serves as the retail company’s always listening home device, which allows its voice controlled virtual assistant Alexa to serve many of your requests, such as reading out the news or weather forecast, and setting timers.

Starting today, the one year anniversary of the Alexa Skills Kit, Amazon fans can say phrases like,”Alexa, enable NBC News” or “Alexa, enable 7 minute workout” according to the company’s press release earlier today. Previously, if you wanted to add one of these Skills, you had to use the app on your smartphone.

Today also marks one year of the Alexa Voice Service — which allows hardware makers to include Alexa in their devices — and the Alexa Fund: Amazon’s mission to help fund companies interested in developing products that contribute to voice technology or offer interesting Alexa skills.

In addition to understanding when you want to add a skill, Alexa learns some new actual skills as well. Lyft and Honeywell will now be supported on the Amazon Echo. Commuters, for example, will be able to say, “Alexa, ask Lyft to call a Line to work.” Previously, Echo owners could only use the device to summon Uber cars.

According to the director Amazon’s Alexa Rob Pulciani, “We’re thrilled to be working with Lyft on the launch of their new Alexa skill. On-the-go Alexa customers can now ask Alexa to order a Lyft or even tip their driver. All you have to do is say ‘Alexa, ask Lyft to call a ride,’ and you’re on your way. We’re excited to offer more convenience and ride options for Alexa customers.” 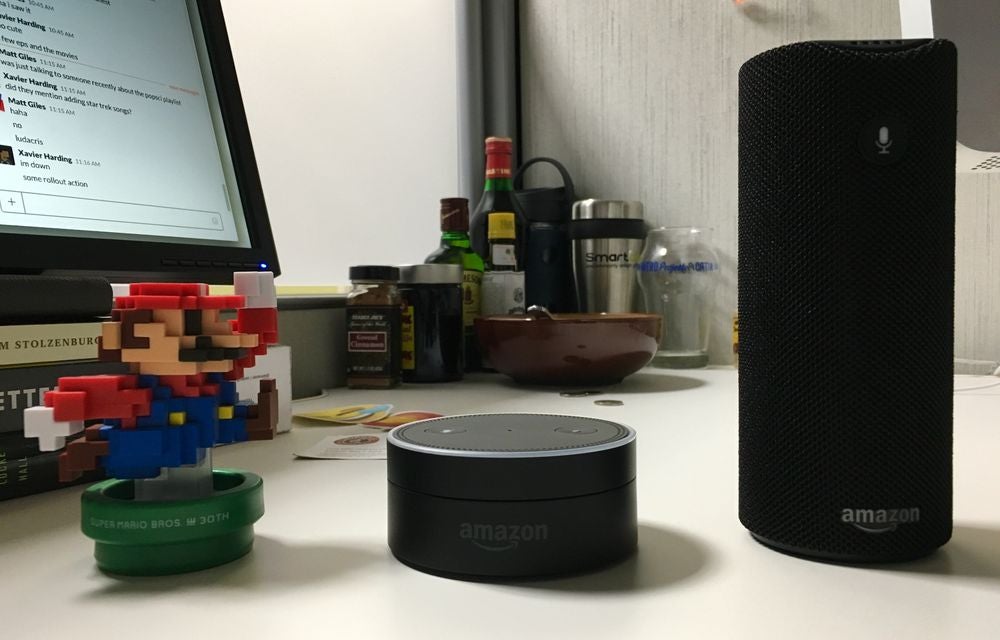 Amazon didn’t cap the announcements only at Echo news. Kindle owners can now look forward to Page Flip — a feature that makes navigating cookbooks and magazines easier. Fans of Amazon’s Dash buttons (a physical button that instantly orders off Amazon whichever product it’s set to) can look forward to 50 more options. Some of the new Dash buttons come from brands including Nerf, Play Doh and Clif Bar.

The updates to Echo solidify Amazon’s position as one of the top choices in the home virtual assistant market. Google announced plans to compete against Echo with Google Home back at I/O 2016. And while Apple announced that Siri would incorporate support for third-party functions, Apple has yet to announce an official Echo competitor. With Amazon not waiting for its rivals to catch up, Apple and Google — despite having iOS and Android — may still have quite the battle ahead of them.