Your iPhone Can Now Run Android

Thanks to this phone case

This case will put Android on your iPhone. Tendigi
SHARE 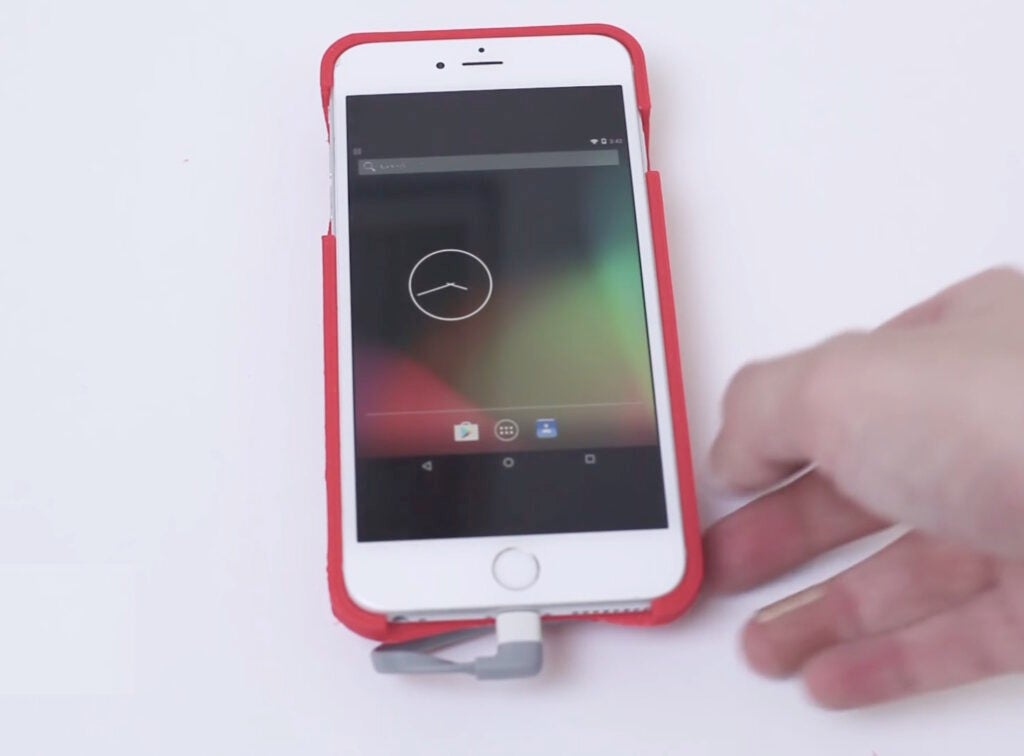 Thanks to this case, you can now run Android on an iPhone

Apple’s iPhone is closely associated with iOS, Apple’s mobile software that lets users trade iMessages, snap Live Photos, and run over a million apps made for the platform. Apple could very well offer its smartphone with the Android operating system—Google’s OS that’s free for phone makers to install on their devices. But because Tim Cook and company want to push their own specific software, iPhone users are forced to use iOS on their handheld slabs of glass. At least, they used to be.

The folks over at Tendigi have concocted a method of desecrating the iPhone by running Google’s Android on it. The hack uses a case that’s bulkier than most traditional iPhone cases, because it’s housing a motherboard inside running the latest version of Android’s Marshmallow (6.0.1). Seeing is believing, so watch the video below.

Allowing one piece of hardware to run two operating systems isn’t a foreign idea. The concept of dualbooting has come to many devices in the past, ranging from (the folks at Tendigi again) putting Windows 95 on an Apple Watch, to Apple releasing software to install Windows or Linux on Mac computers using Boot Camp. Apple’s choice to allow for Windows on their computers shocked many, but we may not see the company offer Google’s operating system on their devices any time soon.

Tendigi’s iPhone Android case won’t go on sale anytime soon, but at least you can replicate Tendigi’s results by building your own.

This case will put Android on your iPhone
Phones
Apple
Google