Stop putting off your device updates

We know change is hard, but this is for the good of your gadgets. 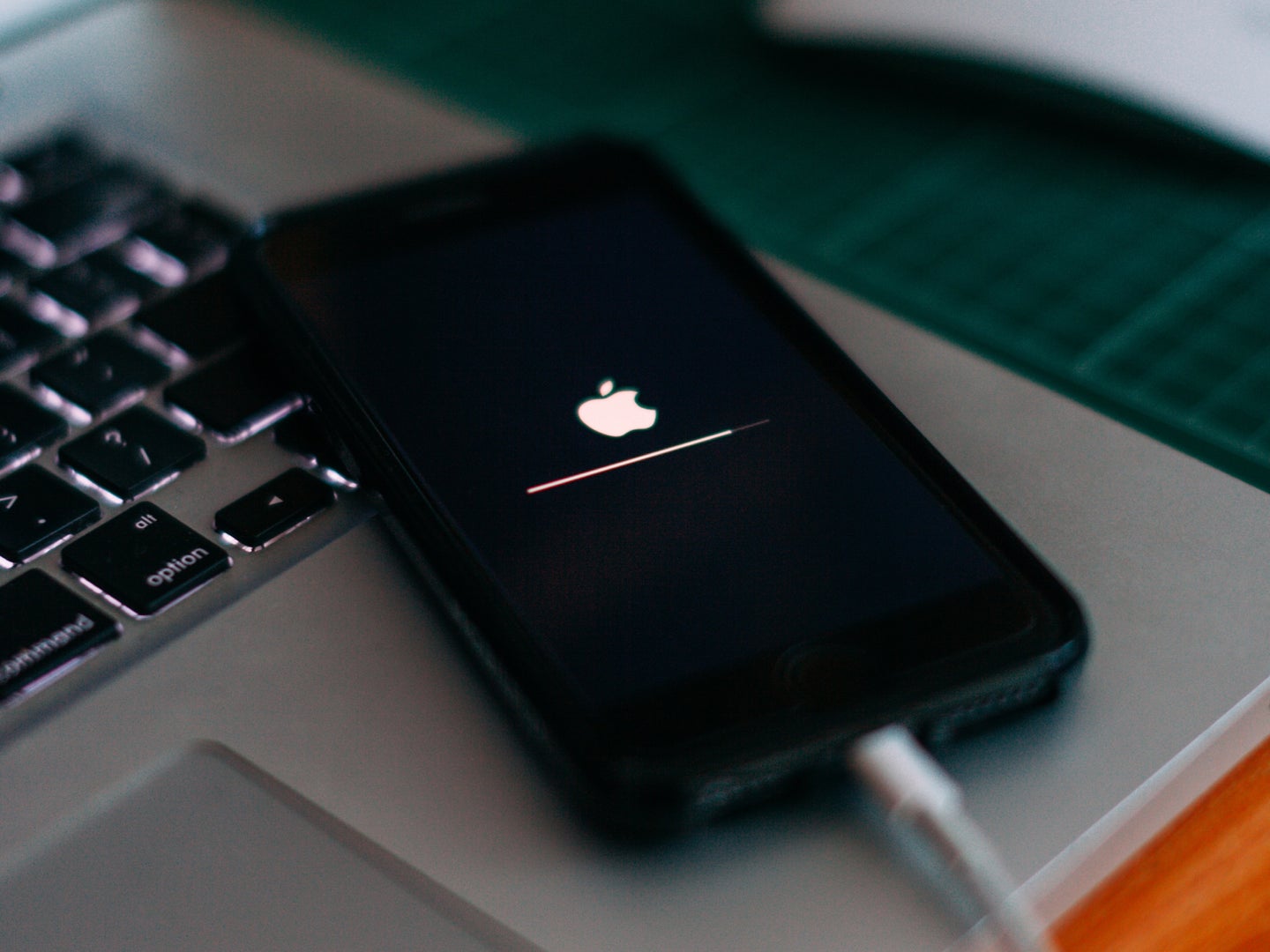 We know it's difficult to be away from your phone, but your devices will work better after an update. Szabo Viktor/Unsplash
SHARE

This story has been updated. It was originally published on September 23, 2018.

As your shiny new gadget ages, so does its software. To keep devices running smoothly, manufacturers issue regular updates. But those patches can’t do anything if you refuse to install them.

Gadget updates take care of a lot of problems, but their most important application might be security. When disasters strike, they usually hit hardware that’s running outdated software. To prevent this, manufacturers will regularly roll out crucial patches that protect your laptop, phone, and other gadgets from the latest threats.

Updates also tackle a host of bugs and performance issues. If your gadget suffers from poor battery life, can’t connect to Wi-Fi properly, keeps displaying strange characters on screen, a software patch might sort out the issue.

Occasionally, updates will also bring new features to your devices. In addition to giving your gadget all the latest bells and whistles, this type of major upgrade can also improve its compatibility with new gear and programs.

Luckily, developers know the importance of installing updates, so they make the process pretty straightforward. It may be annoying to interrupt your work, but it’s worth taking the time to check for and download the latest software.

How to update your phone

If you own a smartphone, you’ve likely seen plenty of prompts asking you to install updates. Apple releases a new version of iOS annually, granting cool new abilities to iPhones, and Google also updates Android regularly—though unless you have a Pixel phone, the latest version might take a while to reach your device.

Many of us delay installing these updates, which require that we give our phone time to reboot. Then we forget about them altogether. If you have a tendency to ignore update requests, you can check whether you missed a valuable patch.

On Android, go to Settings > System > Advanced > System update. You should see a message telling you your system is up to date. If you want to double-check, hit the Check for update button.

Over in the land of iPhones and iPads, check for new updates in Settings > General > Software Update. If a new version of iOS or iPadOS is available, you can tap Download and Install. Otherwise, you’ll see a message saying everything is up to date.

[Related: You should update your iPhone and Chrome browser ASAP]

Since iOS 12, Apple has provided an Automatic Updates option on the Software Update screen. If you enable it, the phone will automatically apply patches overnight, waiting until the device is idle, plugged into a power charger, and connected to a Wi-Fi network.

How to update your computer

Updates for Windows, macOS, and Chrome OS can provide your computer with a lot of new abilities. For example, the most recent macOS Big Sur download makes Apple’s computers feel more like iPads. However, for that same reason, these updates can be pretty hefty—which means they take longer to install. Even if the process should happen automatically, many of us ignore download prompts. So run a quick check now to make sure you’re up to date.

On Windows, launch Settings (open the Start menu and then click the cog icon) and go to Update & Security > Windows Update. While you’re in this menu, you can set specific times when Windows is allowed to install patches automatically: Just click Change active hours. This prevents a download from kicking in while you need to use the computer.

For an Apple computer, you can find it by looking at the menu bar on top of the screen and clicking Apple > About This Mac > Software Update. On this screen, we recommend that you tick the box marked Automatically keep my Mac up to date. That lets your computer install updates automatically whenever it falls idle. To further manage how this works, click Advanced and tweak the settings.

If you own a Chromebook, your operating system should already be installing updates automatically, whenever you shut down or restart your computer. To check which version of Chrome OS you’re currently running, select the time in the bottom right, click Settings, and find About Chrome OS. You can check for updates from there.

How to update smart home devices

Even your smart devices have to get software updates. Luckily, a modern-day smart home setup should largely take care of itself. Most smart home devices, such as Nest security cameras, will update themselves automatically over the internet. However, they do rely on their accompanying apps to ping you if a problem arises—say the update experiences an error, or a faulty internet connection prevents it from downloading.

So, generally speaking, all you need to do is install the companion apps for all your smart home devices and then keep them up to date. We recommend that you set your smart-home apps to update automatically. On an Android device, open the Google Play Store app, tap your profile picture (top right of your screen), and then select Settings > General > Auto-update apps. On iOS or iPadOS, go to Settings > App Store and set Apps to automatically download.

Smart speakers like the Amazon Echo and Google Home make things even easier for their human owners. These devices gain new features through the cloud, so they really don’t need you to provide any input.

Other gadgets, such as Philips Hue smart lights, do require that you manage their updates through the associated app. When a patch is ready, the app will send an alert to your phone. Because your lights (or other devices) will be unavailable while their on-board software refreshes, the app lets you choose the best time to install this update.

How to update wearables

Like smart home devices, most wearables rely on their apps for updates. So follow the aforementioned guidelines to keeping those apps up to date. When new software becomes available for your gadgets, the app will send you an alert.

Take the Apple Watch. You should see an alert whenever a new update is ready to download, but you can also check for yourself. If your watch has WatchOS 6 or later, open the Settings app on your watch, then tap General > Software Update. If you see a new patch, go ahead and install it. If it’s an older wearable, you’ll need your phone: Open the Watch app and tap My Watch > General > Software Update.

Fitbit devices undergo a very similar process. Launch the Fitbit app on your phone, tap the Today tab, then your profile picture, and the image of your device. Then look for the Update button. If it doesn’t appear, your wearable software is already up to date; if it does, hit it to install the new patch.

For Wear OS smartwatches, updates appear in the app, but you can also access them from the wearables themselves. Head to Settings, then choose System > About > System updates to look for new software.

How to update TVs and other gadgets

Across the board, manufacturers are getting better at building automatic downloads into their gadgets’ software.

For example, updating the on-board software for a wireless router used to be a tricky task. However, just about every modern router will update itself automatically in the background—and you won’t even know it’s happening. If you do want to check your router’s status, head to the manufacturer’s website to look for new updates.

Likewise, you once had to undergo the confusing and complicated task of manually updating drivers for computer peripherals like the mouse and monitor. These days, Windows and macOS handle everything automatically: Patches for computer-support hardware will appear as part of the general operating-system updates we discussed above.

Devices that stream television might just be the exception. Although most smaller streaming devices, including Roku devices and Chromecasts, will upgrade themselves automatically in the background, some larger TV boxes require a little extra work.

For an Apple TV, go to the front screen and choose Settings > System > Software Updates. On this screen, turn the Automatically Update switch to On. Now the television will install new software automatically, working in the background so you don’t need to put in any more effort. If you prefer more control, you can turn off this switch and instead download updates manually, which you do from that same Software Updates screen.

On Android TV devices, a notification should pop up on screen when a new update is ready. You can also check manually: From the main interface, head to Status & Diagnostics > System software update.