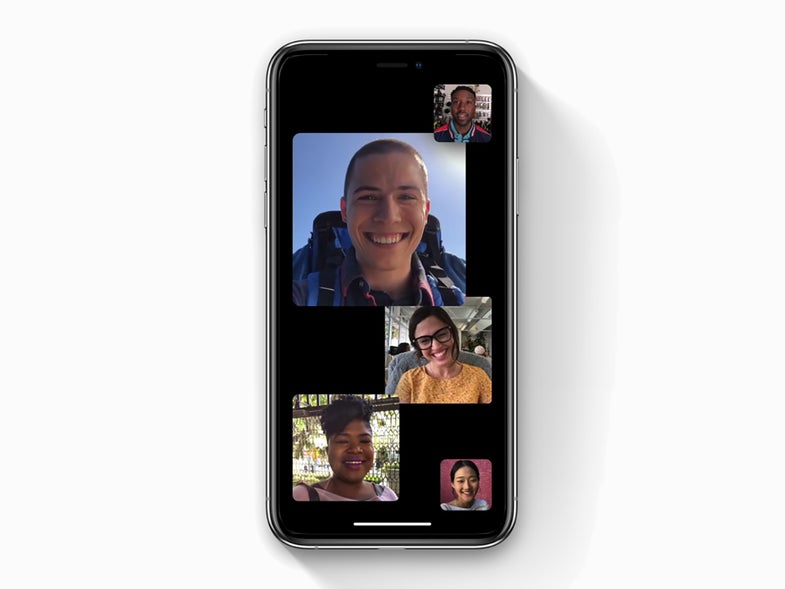 We first heard about iOS 12, the latest version of the iPhone operating system, back in June. Now, Apple’s new update is rolling out to compatible devices—which include the iPhone 5C and everything released after that—starting this week.

In addition to better performance, the software brings lots of cool new features. To help you take advantage of all of these expanded abilities, we’ve reviewed the best that iOS 12 has to offer. Here’s how to try out its new tricks.

Spending too much time on your phone can harm your health—but a new tool called Screen Time aims to cut down on your device addiction. This feature lets you monitor how much time you spend glued to your phone each day, and it has more specific data: You can see which apps in particular are wasting your time, and keep tabs on which ones fire out the most notifications to lure you back to the screen. Once you’ve learned more about your habits, Screen Time lets you put limits on your phone use.

To check it out, head to Settings > Screen Time. Within this entry, you can tap on the bar chart at the top to see a detailed breakdown of your smartphone (or tablet) usage. If you decide to establish restrictions, hit App Limits. From here, you can set a ceiling on the total amount of time you’re allowed to spend in individual apps or in groups of apps that fall into a single category, such as Games. The App Limits settings also let you cut down on notifications—tap Downtime to choose a period (usually overnight) when nothing can disturb you except for the hand-picked apps that you allow.

Replace your physical tape measure with an AR one

The latest version of iOS has improved its augmented-reality offerings by updating ARKit, a framework for AR app developers. As they tinker, we can expect to see lots of cool new augmented-reality apps. Meanwhile, as you wait, you should try out one of Apple’s own AR apps: Measure.

This handy tool lets you measure any length in augmented reality. Check your home screen to find the app logo (it should appear automatically after you update), and then hit it to launch the program. Once you do, you’ll see what your phone’s camera does, and you can tap the large Plus icon to create points in AR space. For example, if you want to know the length of a sofa, set your points on either side of it. Then the app will measure the real-world distance between those dots. When you’re done, you can take a photo with the circular shutter button, or tap Clear to start over again.

With iOS 11, your phone could remember online passwords for you, but iOS 12 takes it up a notch. For example, it finally lets third-party password managers like LastPass and Dashlane automatically fill in your username and password on a log-in page.

Since those managers will remember long strings of random letters and numbers, you can stop struggling to come up with your own passwords too. When you’re setting up a new account, iOS 12 will show you a Use Strong Password button. Tap it, and your phone will automatically suggest a good option.

For maximum security, you should also avoid reusing passwords across multiple services, and iOS 12 will help you with that as well. To double-check, go to Settings > Passwords & Accounts > Website & App Passwords. Here, reused passwords appear with an exclamation mark next to them, so you can see them easily. Tap those entries to set new, unique passwords.

If you have an device that supports Face ID—for example, last year’s iPhone X or this year’s iPhone XS, XS Max, or XR—then you can create cartoon avatars based on your own face: Memoji. (Or, if you prefer something fluffier, you can still use those Animoji animal characters announced last year.) Both Memoji and Animoji let you create short animations where the cartoon faces mimic what you’re saying.

To start creating a personalized avatar, open the Messages app, tap the Animoji button (the monkey face), and then hit the Plus icon on the left. Next, work your way through a series of screens where you set the characteristics of your Memoji, including skin color, hair style, and head shape. When you’re ready, tap Done, and the phone will save your new avatar in the Animoji pop-up drawer.

Set up shortcuts for Siri

The new Siri Shortcuts feature lets you group together different actions under one voice command. For example, you might tell Siri you’re heading home and have that vocal cue trigger the AI assistant to simultaneously text your spouse with the news, turn up the smart thermostat at home, and pull up driving directions to your address.

You can put together your own action combinations in the new Shortcuts app. Tap the icon on your home screen, and you’ll have the chance to browse through a gallery of suggested Siri Shortcuts, edit these existing options, or create your own.

Distracting phone notifications get really annoying really quickly. Thankfully, iOS 12 makes it easier to manage your daily deluge of alerts. Now, they appear grouped together by app, which makes it easier to view them on the lock screen and handle them outside the actual app.

To dismiss a bunch of notifications at once, tap on a group and then hit the X on the top right. To avoid seeing notifications from that particular app ever again, swipe left on the bunch, then choose Manage > Deliver Quietly. Once you change that setting, those alerts will not show up on the lock screen, produce a banner or sound, or generate an icon badge. However, you can still view them in the Notification Center.

Have your phone automatically go mute

The Do Not Disturb mode isn’t new, but the latest software upgrade does give it some new abilities. With iOS 12, you can have Do Not Disturb spring into action based on an event in your calendar or your phone’s location. This is in addition to the existing option for the mode to turn on at a certain time or for you to activate it manually.

To find the new options, launch Control Center (swipe up from the bottom of the screen or, for the iPhone X and later models, swipe down from the top right) before pressing and holding the Do Not Disturb (crescent moon) icon. Set up this mode so your phone will become muted during certain events or in certain places. You can also have Do Not Disturb mode end when the event does or when you leave the location.

With the latest iOS update, apps like Photos get their own upgrades. This time around, you’ll see a personalized sharing option under the For You tab. With this, the app can automatically scan the images in your library, identify people matching your contacts, and suggest that you share your recent snaps with them.

iOS 12 also improves the search ability in Photos. Head to the new search tab, where you can link together multiple search terms (like “ocean” and “San Francisco”) and use more detailed terms (such as the specific names of businesses and venues you’ve visited). The same Photos improvements will show up in macOS Mojave as well.

Another app getting a few useful updates is iBooks, now called Apple Books. Open it, and you’ll find a more elegant, intuitive interface. The collection of ebooks you own still lives in the Library part of the app, but this section looks cleaner, so you’ll have an easier time switching between titles.

The update also gives Apple Books a new Reading Now tab. When you check it out, you’ll see all the books you’ve been reading on any Apple-made device. This makes it simple to pick up where you left off: You can switch from your phone to your tablet to your computer and back without losing your place in an ebook. This tab will also direct you to more reading material that you might like—categories include ebooks based on movies, that have picked up awards, or that are popular with other readers.

At the iOS 12 unveiling, one of the announced updates was to FaceTime: The video-calling app will gain the ability to hold group video calls with up to 32 people in on the same conversation. The demonstration looked pretty neat too, with thumbnail images shifting in size as different people started and stopped talking, and Memoji overlays appearing for fun.

There’s only one problem: Group FaceTime calling wasn’t ready in time for the iOS 12 launch. Apple says it’s still perfecting some aspects of the feature, which will arrive later this fall. Even though you can’t play with it now, it should be out before the end of the year. When it does show up, you’ll be able to use it in both iOS 12 on your phone and macOS Mojave on your computer.