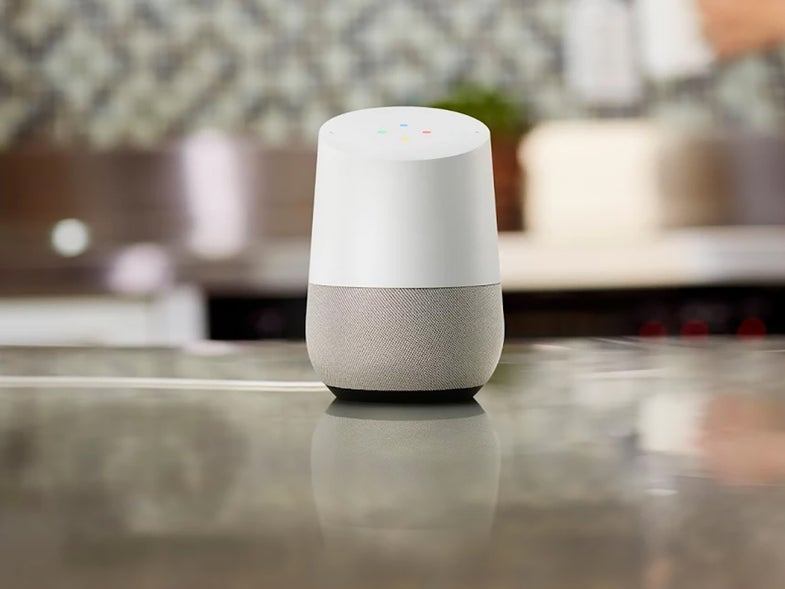 Google Home, the diminutive smart speaker powered by the Google Assistant bot, wants to invade your living room. But once you’ve plugged it in and connected it up to your Wi-Fi, how do you use it? We’re here to help.

In terms of what it can do, Google Home still lags behind Amazon’s Alexa devices, such as the Echo. That’s particularly true when it comes to third-party plug-ins from your favorite pizza store or audiobook app. Nevertheless, the smart speaker can take care of a lot of tasks. To put it through its paces, try out the commands below.

Google Home knows its directions, as you would expect with Google Maps working away behind the scenes. You can question it about distances (which are usually based on driving), or ask it how long a journey will take with a specific mode of transport.

Speaking of location-based queries, you can look up nearby venues, get Google’s recommendations about places to go, and learn the travel times to those places. It doesn’t work quite as well as a query on the Google Maps website, but it’s handy to have in a pinch.

3. Find answers from the web

“OK Google, how many days until Christmas?” “OK Google, what is the capital of Norway?”

Pretty much anything you can type into the Google search engine is going to work on Google Home, particularly more basic web queries that have a simple, short answer. The speaker pulls information from Wikipedia and various other online sources.

4. Listen to music and radio

Google Home doesn’t use Bluetooth, but you can cast audio to it from any app that supports casting (which is a lot of them). Alternatively, ask to hear music from Spotify or Google Play Music directly—you can set the default player in the Google Home app.

Google Home plugs straight into your Google Calendar (at the moment, no other calendars are supported), so you can ask about what you’ve got coming up, when you’re supposed to be in a meeting, and various other questions about your schedule.

6. Review the day ahead

Ask Google about your day, and you’ll get a weather forecast, a few snippets from your calendar, and some brief news updates. You can configure all of this in the Google Home app. Alternatively, just ask about the weather, either today or at some point in the future.

It’s easy to forget just how many apps and services Google has, and here’s another: Google Translate. Google Home will make foreign visitors feel welcome, or just help you with your pronunciation. It’s one of those features that makes Google’s AI feel almost like magic.

Google Home can work out conversions between units just as easily as the Google search engine. Test it with distances, lengths, temperatures, and more. The smart speaker can also perform basic calculations, and even flip a coin or roll a die for you.

Google Home comes with a selection of basic games you can play with your voice, including Lucky Trivia and Crystal Ball. The former gives you a selection of trivia questions and can be played with friends; the latter essentially acts like a comedy Magic 8 ball.

Google gladly adds and removes items to and from your shopping list for you. Voice commands let you request this service, and you can also have the speaker read your list out loud. If you’d like to avoid bringing a smart speaker to the grocery store, you can also access the up-to-date list through your Google Home app.

Whether you’re stuck for the definition of a word or need to win a spelling argument, just ask Google Home. Again, it taps into the pooled knowledge of the internet to pull out an answer for you. You can also ask “what’s another word for…” to hear a list of synonyms.

Got a Chromecast? Through the streaming device, you can ask your Google Home to beam videos straight to the TV (though the request needs to be something easily understood as a voice command). This trick works with Netflix too, if you link your account to the Google Home app.

The same trick goes for sending music to your Chromecast. As long as you say the magic words “on my TV” at the end, whatever you ask for gets sent to the big screen. As with playing tunes on the Google Home speaker itself, you can set your default music player in the app.

For another Chromecast trick, you can display your photos on a much bigger screen. (Currently, Google Photos is the only supported photo service.) You can get creative with the pictures you want to see, thanks to the smart technology inside Google Photos. Try asking to see specific dates or places or people, and see what your television displays.

Google Home is able to look up sports scores, fixtures, and results for you. Over time, it can even learn your favorite teams. If you head into the News section of the Google Home app, you can add a localized sports section to your daily briefing as well.

Google Home seems to be a movie fan. The speaker can provide information about movie casts, running times, awards, and so on. What it can’t do, at the time of writing, is tell you what movies are showing nearby. But Google will almost certainly add this feature in the near future.

“Is my flight on time?” “How much are flights to New York?”

Over time, Google Home will probably add more personalized data from Gmail and your other accounts. For now, you can check up on flights, whether that’s getting details about an existing trip (this only works if the information is in an email) or researching future trips based on destination or flight number.

“OK Google, turn off my lights.” “OK Google, raise the temperature one degree.”

Right now, Google Home doesn’t have as many third-party plug-ins as the Amazon Echo—but they’re growing in number all the time. If you’ve got Philips Hue lights or a Nest thermostat, you can control them via Google Home voice commands. For more information, check out our beginners’ guide to smart homes.

One area where Google Home particularly impresses is in the smaller, less obvious touches, such as the ability to read short poems or tell jokes. The smart speaker also contains a few easter eggs—for example, try asking Google Home, “Where’s Waldo?” or “What are the three laws of robotics?”.