What The 2016 Budget Proposal Means For Antibiotics Research

Superbugs are back in the crosshairs 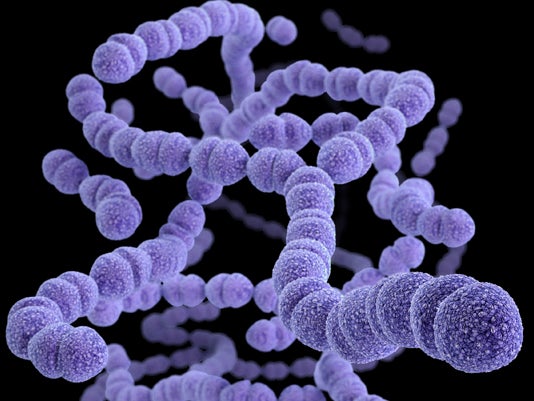 Antibiotic resistance poses a greater threat to public health than ever before. Over the next 35 years, an estimated 300 million people around the world could die because of bacteria’s growing resistance to treatment. The Centers for Disease Control and Prevention estimates about 2 million Americans fall ill and 23,000 die from antibiotic-resistant bacteria every year, costing the U.S. about $20 billion in direct health care costs.

Luckily, President Obama’s recently revealed 2016 budget brought good news for the field of antibiotics research. The proposed budget nearly doubles federal funding for antibiotics to $1.2 billion, with almost half of that going to the National Institutes of Health to learn more about what we’re up against. Obama’s been on the case for more research for a while now–he’s convened a task force that’s due to come up with a five-year plan expected by February 15.

How It Got This Critical

Scientists have been combatting resistance since the very first antibiotic. Antibiotics are meant to kill harmful bacteria, but inevitably, a few manage to survive the drug’s attack. They pass along their resistance genes to their offspring, and so on, until eventually the gene becomes so common that the drug stops being effective. That’s when doctors have to turn to newer, stronger antibiotics to fight the infection. But sometimes there isn’t anything stronger.

“Over the last 15 years there’s been more attrition,” says Barry Eisenstein, senior vice president of scientific affairs at Cubist, a pharmaceutical company focused on developing new antibiotics. “Pfizer and AstraZeneca have been giving strong indications that they’re leaving the field and [GlaxoSmithKline] has made not nearly the presence that they’ve had in the past.”

The reason, he says is because there’s more money in creating medicines for chronic conditions, such as autoimmune disorders and diabetes. Although Cubist and other smaller pharmaceutical companies have made some strides, it’s still not enough to beef up the diminishing pipeline. According to a Pew study from September 2014, there are 38 antibiotics in clinical development (one of which won approval in December 2014). That may sound like a lot, but statistically speaking, only 8 of those 38 compounds will make it market.

Picking Up The Pace

In recent years, attention has turned back toward antibiotics. The Generating Antibiotic Incentives Now Act went into effect in 2012, allowing for Food and Drug Administration fast-track the approval of new antibiotics and extend patent exclusivity. The measure appears to be working. The FDA approved four new antibiotics in 2014, compared to six antibiotics in the combined ten years before that.

Things are looking up in the drug discovery process as well. Earlier this year, Kim Lewis, an NIH-funded researcher at Northeastern University contributed a study detailing his discovery of a new antibiotic discovery method. Using a device called the “iChip,” Lewis turned his attention to the soil (where most of the early antibiotics originated) and identified a promising new antibiotic compound called Teixobactin that may have a quality every other antibiotic lacks: “Our compound is different in the way that it doesn’t develop resistance,” says Lewis.

On the pharmaceutical company end, big companies may have begun to see the merit in researching and developing new antibiotics. In December, Merck announced its acquisition of Cubist. The company now has two antibiotic compounds in clinical trials.

A Promising Future, With A Healthy Scoop Of Skepticism

With all the recent approvals and discoveries, the future for antibiotics is looking better than it once was. But there are still some roadblocks that money can’t immediately solve–such as a lack of discovering new compounds. The NIH specifies the increased funding in the proposed 2016 budget will go toward developing diagnostic tools, creating a database of antibiotic-resistant infections, and launching an effort to better understand drug resistance. The agency also mentions creating faster clinical trial networks, but doesn’t enumerate much more with regard to researching new antibiotics.

“[The funding] has to address the bottleneck,” Lewis says. “If you improve steps unrelated to the bottleneck, it’s still there.” To him and other experts, that bottleneck is discovery.

Eisenstein says recent findings are encouraging, though he’s not sold on the idea of an antibiotic that never develops a resistance.

“We need to keep an open mind–be skeptical, but be encouraged,” Eisenstein says.

New antibiotics will most likely be a temporary stopgap against bacterial resistance, fighting infections for a few years or a few decades at most. In the long run, if we want to fight bacteria, we need to find alternatives to antibiotics. Although plenty of researchers have started exploring other bacteria-fighting options–including bacterial genome editing, cell structures that attract bacteria toxins, and viruses–most of the increased NIH funding won’t go directly toward exploring antibiotic alternatives.