Turning To The Ocean To Tackle Antibiotic Resistance 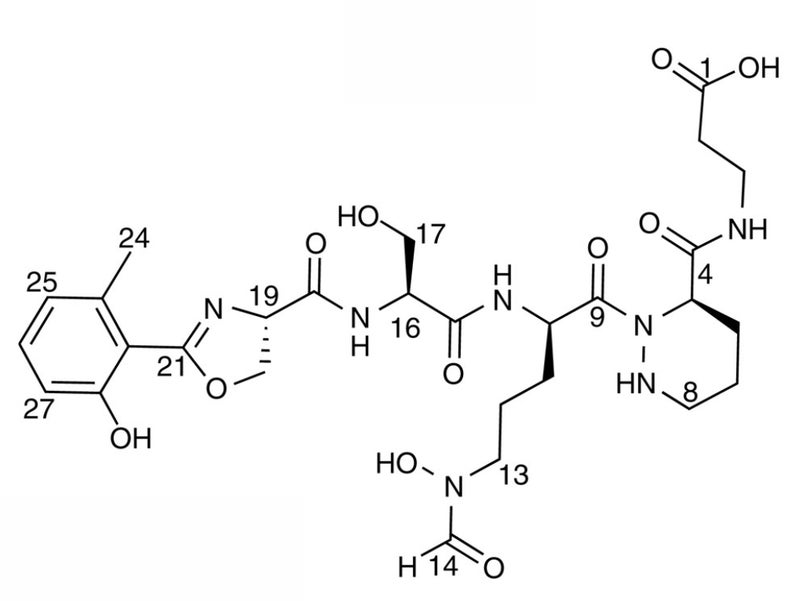 Back when antibiotics were first released in 1945, the concept of resistance, although present, was not considered to be a significant threat. Over the last seventy years, that view has changed significantly. Now, antibiotic resistance is one of the greatest concerns facing human health.

Although natural development of resistance happens naturally, the process can be facilitated in the matrix of a biofilm. These micro-colonies of bacteria offer the perfect place to dilute out the antibiotic to sublethal levels. As this happens, the individual cells can evolve to develop mechanisms to tolerate the existence of the chemical. If allowed to continue, tolerance can eventually develop into full blown resistance to any concentration.

Removing biofilms, however, is not an easy task. They are highly stable structures at the molecular level and have strong adhesion properties. Removing them requires some form of physical manipulation such as sonication or chemical means such as enzymes and disinfection. While this may be useful in the lab, in a clinical environment, these options are not usually feasible.

Identification of biofilm control measures in the medical setting has been a goal of research for over twenty years. Explorations have incorporated a variety of chemical options as well as modified physical disruption technologies. Yet little success has been realized. Essentially, to find a viable option to combat these natural structures, a natural solution could be needed.

The hunt for natural chemicals gained momentum over a decade ago although the environment wasn’t the clinic, it was the sea. Biofilms are also involved in fouling of marine structure. In 2000, a variety of natural products from marine bacteria somehow had the ability to reduce the potential for biofilm formation. Not long after that, in 2004, a metabolite from seaborne lichen known as usnic acid also revealed biofilm-killing activity. This opened the door to a new direction in biofilm control in which the ocean became a potentially never ending source of anti-biofilm options.

Now another group of marine chemicals can be added to the list. Last week, an international team of researchers published the discovery of a novel biofilm inhibitor found in a marine bacterium belonging to one of the most historic genera in the history of antibiotics, Streptomyces. As they found out, this species had a never before seen mechanism to control biofilms.

The team examined marine sediments taken from the Punta Mona Island in the Gandoca Manzanillo region of Costa Rica. The bacteria were grown in the lab and then tested against a biofilm-producing bacterium, Acinetobacter baumannii, which is known for its ability to cause healthcare associated infections. Once they found a species capable of inhibiting biofilms, they went to work to identify the active molecules.

From the collection of bacteria, a relatively novel species, Streptomyces gandocaensis, was found and underwent further analysis. Using a technique to mutate out the anti-biofilm activity, the team were able to hone in on a group of molecules carrying out this action. They were small secondary metabolites produced in response to environmental stressors. Much like the species, these molecules also were novel and the group decided on the name cahuitamycins (presumably in honour of the Cahuita region of Costa Rica).

At first, three natural cahuitamycins were found, named A through C. When tests were conducted to determine which ones were most effective, A and C were the best. However, with some mutational analysis of laboratory-derived strains, two more versions of the molecule were produced, D and E. The D analogue had an almost twofold increase in inhibitory activity over the natural molecules.

For the authors, both C and D showed the best potential for use in an applied setting in healthcare. These cahuitamycins could be used as coatings for various medical devices, such as catheters to help ensure biofilms do not form. This could improve the likelihood of a safe medical intervention and also reduce the chances for complications due to infection.

Apart from finding the cahuitamycins, this study also offers a glimpse of the future for those hunting for antibiotic and anti-biofilm molecules. As expected, there is much to be gained by looking in the oceans of the world. There may be innumerable possibilities lying on seabeds just waiting to be discovered. But more importantly, once appropriate organisms are found, they can undergo further analysis and mutational studies in the lab to identify even more effective analogues.

Though the idea of using mutated strains of bacteria may sound troublesome, the practice isn’t new when discussing medical discoveries. In chemistry, these types of alterations are the foundation for the development of novel medicines. The only difference is that unlike the synthetic pathways of chemistry, these alterations are completely natural. Moreover, since they are performed within a bacterium, upscaling may be even easier as the only requirement for mass production would be a bigger incubation vessel.