The Grouse tries on his least favorite tech 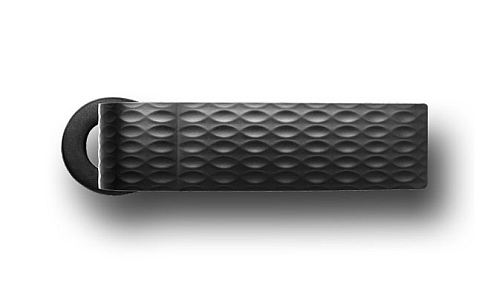 I don’t like Bluetooth earpieces, and I don’t like the people who wear them. Sounds kind of like a deranged T-shirt slogan, doesn’t it? There’s something about the tiny little headsets that’s always bothered me. A few years ago, I noticed a strange phenomenon sweeping New York City: suddenly it wasn’t just the crazies who were chattering to themselves on the street anymore — business people were doing it too! And now, with the technology far less exotic and more affordable than it used to be, it seems like almost everyone is walking around talking to the little voices inside of their heads. But even with that kind of widespread acceptance, I still loathe the little buggers. Of course, this opinion of mine was formed without ever having used a Bluetooth headset in my life. Can some firsthand experience change my tune? I tested out a couple of earpieces to find out.

If you’re going to test drive a Bluetooth headset, then you might as well get behind the wheel of a Porsche — and so I got my hands on the recently released Jawbone Prime by Aliph. Read a few reviews of the original Jawbone and you’ll soon arrive at the inevitable conclusion that it’s, by far, the best Bluetooth headset available. The Prime improves upon the original with a slimmer form factor, redesigned buttons and a serious upgrade to the NoiseAssassin sound-canceling technology. Aliph isn’t at all shy about calling it “The Best Headset Ever Created.” At $130, it better be. But to be sure, I also tested it against the $40 Plantronics Explorer 230, which was the cheapest headset I could find at RadioShack (and one that the RadioShack employee repeatedly cautioned me against purchasing!). If the Jawbone is a Porsche, then I guess that would make the Plantronics a Saturn, right?

Both units connected to my phone really easily, and both were super simple to work — press a button to pick up a call; press it again to end it. In terms of fit and comfort, it really depends on your preference. The Plantronics requires an ear loop to stay on, while the Jawbone gives you options for either a loop or for a special earbud that stays lodged in your ear without the need for a loop. The Jawbone also comes with six different earbud sizes that pretty much guarantee a proper fit on anyone. I chose to go with the loop at first, not truly convinced that the special earbud could possibly keep the Jawbone from falling into my coffee. To my surprise, I prefer the fit of the Plantronics one, which is attached to the earpiece on a swivel wheel that lets you easily position the headset for maximum comfort. The Jawbone loop is locked in one position, and that one position didn’t happen to fit me very well at all. Eventually, I mustered the courage to go loopless, and once I realized the Jawbone wasn’t going to fall out (unless I was unexpectedly tackled), there was no going back — death to the loop! 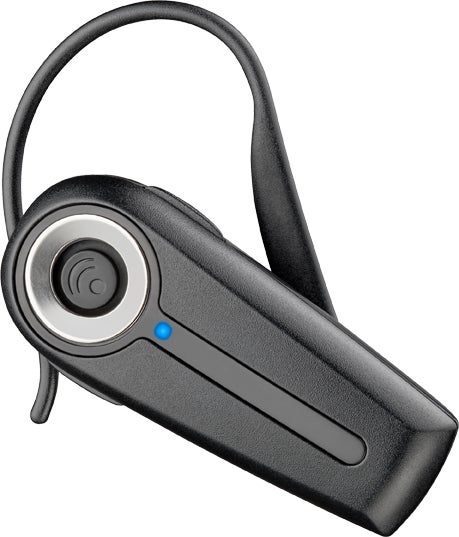 Visually, the Jawbone shames the Plantronics. No joke: It’s been recognized by the Museum of Modern Art. The Plantronics, on the other hand, looks like something an IT guy would use as his second stringer. You know, like that pair of comically outdated eyeglasses you keep around in case of emergency. But I found that the Jawbone’s good looks get in the way of usability. The main function button is hidden underneath the designer shell, and you’re meant to locate it when it’s on your head by running your finger over a very subtle divot. Too subtle, if you ask me. I found myself repeatedly turning the Jawbone on and off accidentally — sometimes during calls — as I attempted to push the unit into my ear. The Plantronics button, while not very nice to look at, is big, circular, recessed from the surface and easy to find. I prefer it.

But design isn’t what’s most important. It’s sound quality. And, to be honest, I didn’t detect any difference at all between the two units when it came to what I was hearing on my end of the conversation. Both were equally capable of injecting my eardrum with voice that sounded crisp and clean. It’s the other end of the conversation, though, where the Jawbone’s $130 price tag starts to make perfect sense. The name NoiseAssassin isn’t just crafty marketing slang: The technology absolutely murders background sound. To test it out, I left two voice messages for myself while sitting in front of my computer speakers with music playing at a fairly loud volume. The message left using the Plantronics headset was junk — hopelessly inaudible. The Jawbone, on the other hand, removed the music completely, leaving only my voice. It’s quite astonishing, actually (see the official demo). I also tested both headsets outdoors where sirens, car horns and wind rendered the Plantronics useless. The Jawbone worked great. In the end, this is what you’re paying for. If you plan to use a headset in the silence of your office or car, then go for the Plantronics. If you plan on using it outdoors or in crowded public spaces, then there really is no choice but to spring for the noise-annihilating Jawbone.

OK, so after a week of living with a Bluetooth headset, am I ready to set aside my prejudices and embrace the Nerd Dongle? Well, there are some things I’m surprised to find I like. For one, I didn’t miss any calls all week. I’ve always got my phone set to vibrate and as a result I’m always missing calls (why can’t I adjust the vibration level like I can the volume?!). With the earpiece in, I hear an unmistakable little “bleep bloop” with every incoming call. Another thing I like is not having to fumble around in my pockets for my phone every time a call comes in — though that’s only if I’m bold enough to answer a call without first peeping the caller ID. Another advantage: being able to talk on the phone while it’s charging over by the outlet. And finally, there’s the whole car thing. With a ban on cell phone use while driving in New York (and many other states), I’m forced to ignore calls that come through when I’m on the road. I liked being able to answer them with the earpiece in.

Still, I’m not ready to sign up just yet. I’m not ready to become one of … those people. I walked around with an earpiece in all week scared to death that I’d run into someone I know. Whenever I was paying for something at a store, I felt like the person behind the counter was wishing bodily harm would befall me. In fact, I noticed a lot of non-Bluetoothers looking at me with a little bit of disdain and, frankly, it made me uncomfortable. I kept wanting to throw it off and say, “No! This is just an experiment. This isn’t the real me!” But after playing around with the technology for a while and seeing all of the things it’s good for, I’ve come to the conclusion that it isn’t the Bluetooth headset I loathe so much — it’s the behavior of some (not all) of the people who use them. I think we’ve all been in the presence of that person who rudely carries on two conversations at once: the one they’re having with you or with a store clerk in person, and the one they’re having with their BFF or dog groomer over the phone. I see that sort of thing and I feel sad for the future of our society. For me, the person who misuses such a good technology in this way shows a lack of respect for their fellow human beings — as if something much bigger and more important is happening elsewhere. It also shows a lack of engagement in the living, breathing real world right in front of their eyes. After this week, I look forward to using a Bluetooth headset while driving or while working at my desk, but that’s as far as I’m willing to take it. For now.