It weighs less than a pound and promises 10 hours of playback on a charge. 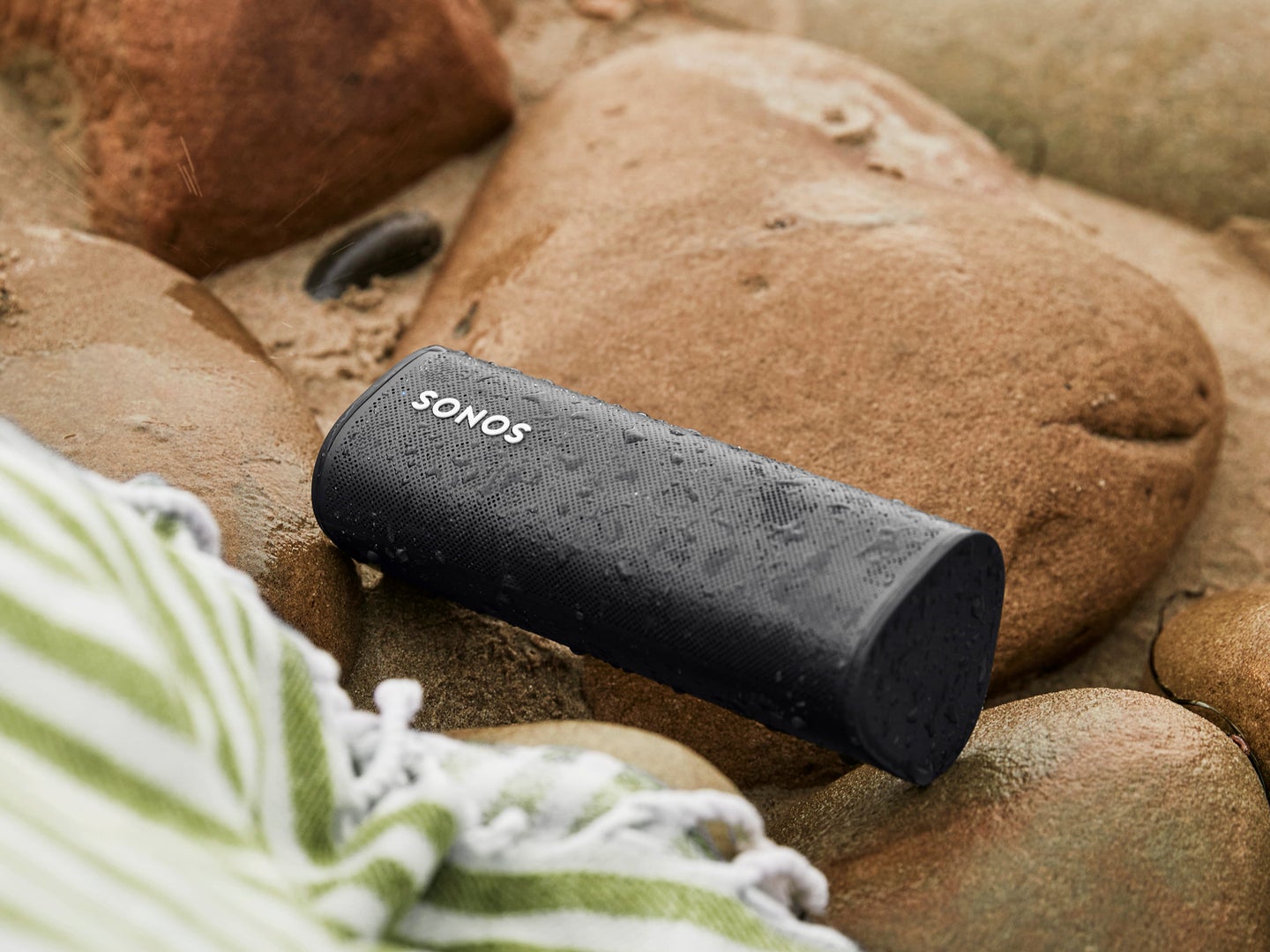 It's IP67 rated for ruggedness, which means it can survive up to a half-hour in three feet of water. Sonos
SHARE

Until now, Sonos users have only had one option for adding a portable speaker to their favorite music-streaming platform. The Move debuted back in 2019 with the high-quality sound and meticulously designed hardware you’d expect from the brand. It was also bulky, heavy, and $400, which put it way outside the scope of a speaker you’d typically blast “Takin’ Care of Business” out of. Today, however, Sonos introduced a much smaller and more practical offering called Roam.

The $169 Roam drew part of its design inspiration from the size and shape of a basic water bottle. It’s just 6.6 inches tall and less than 2.5 inches thick. It also weighs just under a pound, which puts it firmly in the portable category. The built-in rechargeable battery offers 10 hours of continuous playback or 10 days of long-term power storage if you leave it sitting around off the charger.

That’s all pretty standard fare for portable speakers, but the gadget has some decidedly Sonos-like touches, too.

Diving into the specs

Like the Move, the Roam can connect to devices via Wi-Fi at home or Bluetooth out in the world. Unlike the Move, however, the Roam has an automatic handoff process that automatically switches from its home Wi-Fi network to Bluetooth.

Because it’s built to travel, the Roam also offers the Sonos adaptive audio system, which listens to the sound performance coming out of the speaker and automatically adjusts the playback performance for optimal audio in your specific environment. For instance, if you set it in the corner of a room, it will adjust the bass levels to keep the bouncing sound waves from muddying the playback. If you’re outdoors, however, it will blast the bass on full.

The Move also offered this mode, called Adaptive Trueplay, but it was only available when the speaker was connected to Wi-Fi. Sonos says that it will update its more expensive model to allow the mode on Bluetooth as well.

Sonos packed a single mid-woofer and a single tweeter inside the Roam, as well as a pair of amplifiers to handle the output. It isn’t nearly the same kind of heavy-duty gear you’ll find inside the Move. But remember, that speaker also weighs more than six times as much as the plucky Roam. 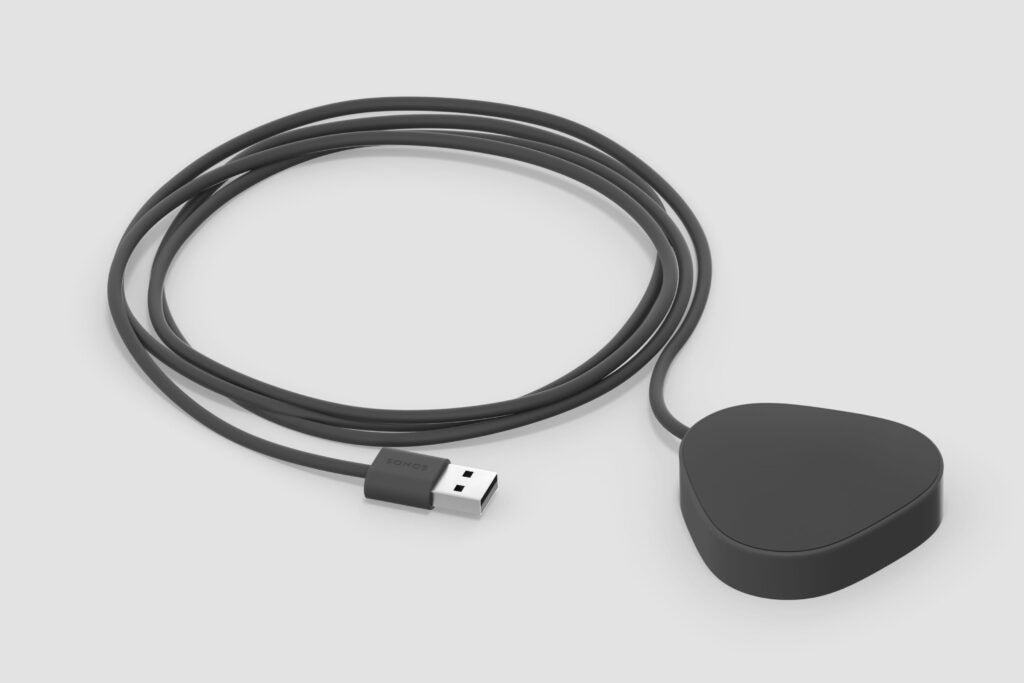 The $49 magnetic base will charge the Roam without the need to plug in the USB-C plug.

As with other Sonos equipment, the Roam allows users to tweak its overall sound profile with an adjustable equalizer, so listeners can control bass levels, treble, and even loudness depending on the situation.

Sonos has a habit of going overboard with its design, which is part of the appeal for its users. The Roam is just another example. It’s IP67 rated, which means it’s fully submersible in up to three feet of water for a maximum of 30 minutes. That ruggedness rating also suggests it’s resistant to dust and other grime that might otherwise destroy the delicate internal hardware.

The power and volume buttons also have raised labels and tactile feedback so you can press them without even looking. That’s atypical for the company, which usually prefers flat buttons that users rarely touch anyway.

Sonos also built the end caps on the speaker to be concave, resulting in a more durable overall structure while reducing the chance that users will accidentally push one of the buttons during transport.

Like the Move, the Roam can be charged with a magnetic charging dock that costs an extra $49 (the speaker comes with a free USB-C cable). The device is also compatible with any Qi wireless charger, though it will probably charge a lot slower with that method.

Sonos will start shipping the Roam in late April 2021 to get it in people’s hands before outdoor activities get into full swing again.

At $169, you’ll be paying a premium for a product in the increasingly crowded field of waterproof Bluetooth speakers. It’s just $20 more than the excellent but aging UE Boom 3, but other options like Anker’s weather-proof Sound Core Flare or UE’s softball-shaped Wonderboom 2 both cost up to $100 less. Still, if Sonos nails the hand-off between Wi-Fi and Bluetooth with the Roam, listeners might find that the seamlessness and convenience are worth it.