How Will Space Commuters Navigate A Thicket Of Air Traffic?

American air traffic controllers oversee more than 50 million plane operations each year. How will they adjust to a commercial space industry blasting off through the flight paths? 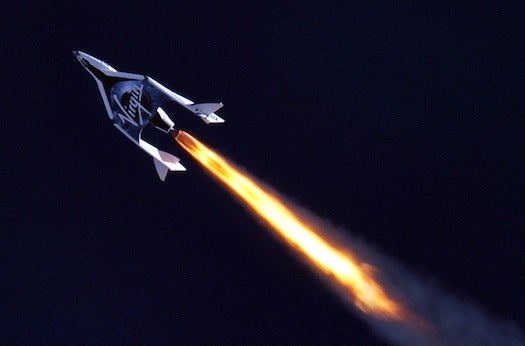 An image of airplane traffic from the simulation tool FACET.

Right now, orbital launches are infrequent — about 70 per year around the world. So if there is, say, a SpaceX Falcon 9 launch scheduled from Cape Canaveral, the “special use airspace” is activated and plane traffic is barred from the area for hours to accommodate it. But Alonso is thinking 5 to 7 years into the future. With space tourism carriers like Virgin Galactic and XCOR planning multiple suborbital flights per day, and orbital flyers like SpaceX, Sierra Nevada, and Bigelow sending people and material into orbit, the skies will be getting crowded. The suborbital “up-and-down” space tourism flights offered by carriers like Virgin Galactic and XCOR may number anywhere from several hundred to multiple thousands a year – from zero today. Airline passengers will be less than thrilled to accept a lengthy delay so a rock star can sing in space or a billionaire can hang out in a “space hotel.” Also, airlines lose money from delays, or from re-routing around special-use airspace, requiring extra fuel burn.

The Center for Excellence in Space Transportation

So Alonso and other research teams at the FAA’s Center for Excellence in Space Transportation are hard at work crunching numbers and simulating flights, trying to estimate space and air traffic levels in the near future – all to determine how to most equitably divvy up the national airspace. The timing is good for space traffic control, because the FAA is in the midst of a $40 billion transition from the ground-based, radar-based air traffic control system that exists today to a satellite-based system called NextGen. GPS units in planes will update air traffic control once per second, rather than once every several seconds, as radar does. And in the event of a crisis, like an exploding rocket and ensuing cloud of flaming debris, air traffic controllers using NextGen will be able to send electronic re-routing information directly to the plane’s flight management program, rather than requiring instructions to be given verbally over the radio.

”The FAA has been very proactive in dealing with this,” Alonso says. “It’s nice that they are doing something prior to this becoming a problem.”

“It allows us to run back a day in the life of the air-traffic control system,” says Alonso.

So Alonso has been running tens of thousands of simulations, taking into account weather variables, air traffic, and frequency of space launches. He models different distributions of flights when there might be a mere one launch a month, or as many as 6 orbital launches per week from different locations like New Mexico, California, Florida, and Colorado. In fact, the FAA has already licensed 8 different locations around the country as spaceports, and is reviewing applications for more. Not all of these spaceport aspirants will survive, but to model the future, Alonso has to create data for each of them. 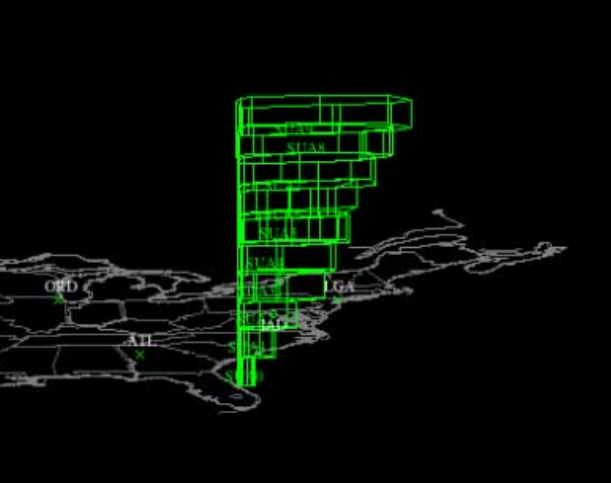 His goal is to carve out pieces of airspace for space vehicles that are compact — big enough to safely accommodate blast-off, re-entry and any emergency — but small, so as to affect airplanes as little as possible. He calls the resulting spaces “4-D compact envelopes” – because they account for the 3 dimensions of space throughout the time of the launch. The green geometric shapes represent parts of the airspace where an airplane would risk hitting the rocket or debris with a higher than acceptable risk (the FAA hasn’t decided what this risk threshold would be, but Alonso cites 1 in 1 million as a hypothetical, and he can tweak his models for more or less risk). And though our photo is static, the 4-D compact envelope is dynamic – as the rocket goes farther along its trajectory, excluded airspace from earlier in the flight can be freed up for airplanes again.

Suborbital flights will reach speeds of 2,300 mph, enter space at roughly 62 miles above the surface of the earth, and then glide back down. Making airspace restrictions better correspond to actual launch windows is part of Alonso’s general goal of making the air and space traffic system more dynamic. Blocking out space dynamically will also help in the event of a spacecraft making an emergency landing, or in the worst-case, suffering a catastrophic explosion. In the event of an emergency landing or explosion, mission control could block out more space immediately.

“If it would take 20 minutes for the debris to come down to the area airplanes might be, you can react by re-routing the airplanes around it,” Alonso says.

Alonso also wants to take the extremely short launch windows of orbital flights into account in making the system more dynamic. For example, when the space shuttle would go to the International Space Station, there was a launch opportunity that lasted just 10-15 minutes. If delays caused the crew to miss the launch window, the flight would need to be postponed.

“If you miss the launch window, the Space Station is already above Europe, and you’re never going to catch up with it with the fuel that you’ve got,” says Alonso. “If the window is that short, why would you be reserving the airspace for an hour or two before, and an hour or two after?”

Alonso is optimistic that introducing dynamism into the system, and only creating large areas of restricted airspace in the event of an explosion, will preclude hostile conflict between airliners and spaceliners.

“If we start putting more and more cars on the road, at a certain point we saturate the infrastructure,” Alonso says. “But we believe that for the estimates we’ve been doing, we can manage this conflict relatively effectively.” 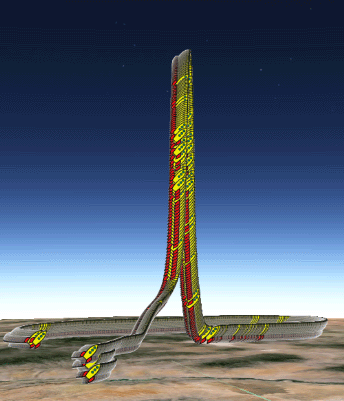 Air traffic controllers will have time to adjust – commercial orbital flights, which must reach speeds of roughly 17,000 mph to begin circling the Earth, are a ways off from becoming a daily or even monthly occurrence. The first commercial flights that will occur in any significant numbers are the “suborbital” jaunts, like those that Virgin Galactic hopes to offer in 2014. These suborbital flights will reach speeds of “only” 2,300 mph, enter space at roughly 62 miles above the surface of the earth, and then glide back down in large circles after a few minutes.

Alonso finds the air traffic concerns of these craft much less complex. Because they are not trying to rendezvous with the ISS or a particular orbit, they don’t have a tight launch window – in other words, they can be delayed by weather or technical difficulties without needing to cancel the flight. Also, because suborbital flights are ultimately a joyride rather than a flight with a destination, there is also flexibility in whether the pilots head west, north or east. Lastly, so far, the spaceports are in remote locations. Spaceport America in New Mexico, from which Virgin Galactic will launch, is out of the way – in part because it is right near the White Sands Missile Range. These flights will not greatly interrupt airplanes.

“But they’re talking about putting a spaceport a few miles away from Denver International Airport – that may be a different story,” Alonso says.