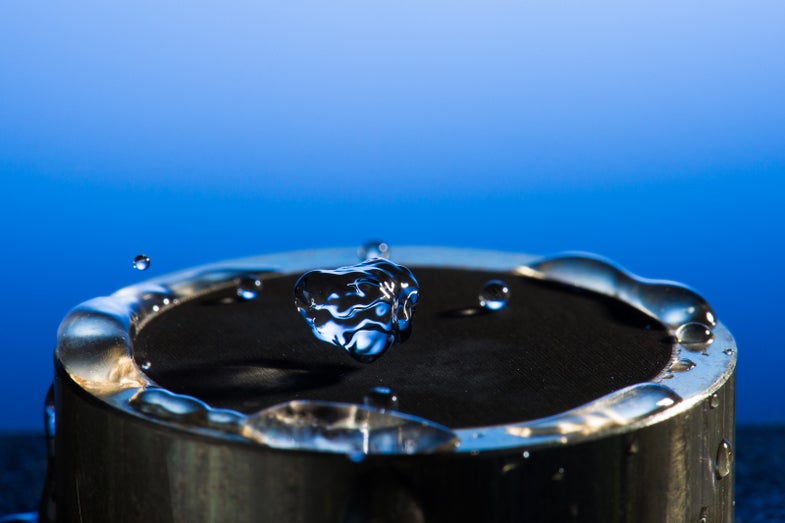 Water, the key to life on our planet, can sometimes be one of our greatest enemies – especially when it comes to its interactions with metals. Air moisture triggers the formation of rust and corrosion on metal surfaces, while frozen water can render some metals temporarily worthless, e.g. an icy airplane wing.

Because of this, many have searched for ways to make metals hydrophobic – or water-repellent – usually by coating them with chemical additives. Researchers at the University of Rochester in New York say they have found a more effective way of making metals impervious to water’s tricks: Just shoot them with some lasers.

Dr. Chunlei Guo, a professor of optics and physics at Rochester, has been studying the effects of laser blasts on metal materials for many years, once using laser beams to turn metals hydrophilic, so they attract water. Now, Guo and his colleague Anatoliy Voroyev have done the reverse, figuring out a way to use short-pulse high-intensity laser bursts to alter the structure of a metal’s surface. The result: a highly water-repellent metal.

The energy the laser produces is about the same as the entire power grid of North America.

“When you radiate the short laser pulse on a metal surface, it transforms a smooth metal surface into a highly structured one, covered with a range of micro- and nano-scale structures,” explains Guo. “And those structures have the different water-repellent properties.”

The transformation lies in the laser’s power. Guo and Voroyev only shine the laser on the metal’s surface for a femtosecond; that’s one-quadrillionth of a second long. But the high-intensity laser is so powerful that within that short amount of time, the energy it produces is about the same as the entire power grid of North America. That tremendous amount of heat and energy dramatically alters the metal to produce the minuscule structures on the surface.

“If you put the new metal surface under a high-powered microscope, you see they have a hierarchal structure,” Guo says. “There are micro-scale groups and also on top of the micro groups, there are nano-scale structures. They look like a cloud on the nano-scale, with lots of protrusions and dips.”

Check out a video of the hydrophobic metal repelling water below:

Guo says this method of turning metals hydrophobic is superior to chemical coatings, like Teflon, in a couple of ways. First of all, these laser-generated metals repel water way better than any type of coat available. With a Teflon-coated metal surface, such as your average non-stick frying pan, it requires a tilt of 70 degrees to rid the surface of any water. With these laser-enhanced metals, an angle tilt of just 5 degrees is sufficient for getting water to slide off.

Additionally, the laser technique doesn’t require any extra ingredients. When Teflon is heated, it starts to decompose and detach from the metallic surface. Some studies have linked this deterioration to health problems in humans and birds. But Guo’s metallic transformations are not temporary and don’t peel away; the laser light fundamentally alters their structures. “This water-repellent structure is intrinsic to our metal surface,” says Guo. “It’s not a coating, so we don’t have to worry about it coming off over time.”

The research team envisions a number of applications for these metal materials, beyond making it easier to cook scrambled eggs. The metals are non-corrosive, remaining sturdier for longer periods of time, and they yield a number of transportation benefits, such as ensuring that ice never forms on a car or airplane wing. Even ships can become faster with these materials; a hull constructed with hydrophobic metals can reduce water friction and drag on the sea.

But more importantly, Guo is excited about the metal’s applications in the developing world. Hydrophobic metals can stay cleaner for much longer without requiring a lot of water to wash away dirt. The researchers tested this by throwing dust particles onto a piece of laser-blasted metal, watching as just a few dozen droplets cleared it of all the grime. This self-cleaning property could be very helpful for keeping latrines clean in developing nations, where clean water is scarce.

“We are very excited about applying this hydrophobic surface to prevent water contamination,” says Guo. “If you don’t allow water to stick on the surface, the water containing microbes and biomaterials will not be able to survive on the surface either, keeping the area clean.”

However, Guo still has a way to go before these metals can be mass-produced. To make a 1-inch by 1-inch hydrophobic metal piece, it takes an hour of laser blasting. So it may be some time before we have water-resistant cars and metal toilets.

The researchers published their work in the Journal of Applied Physics. 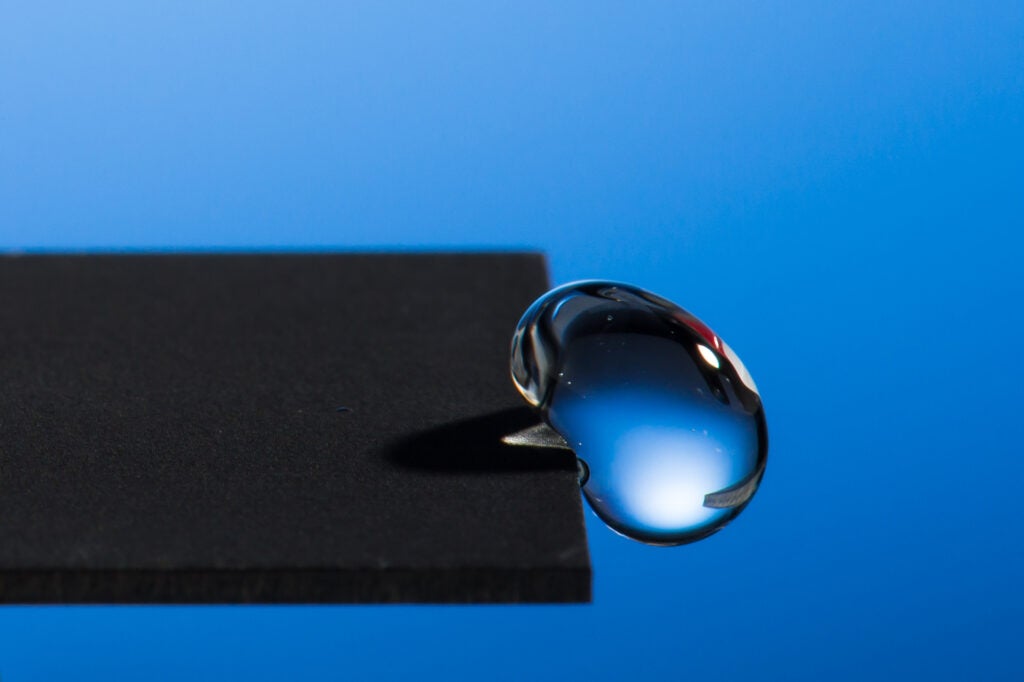 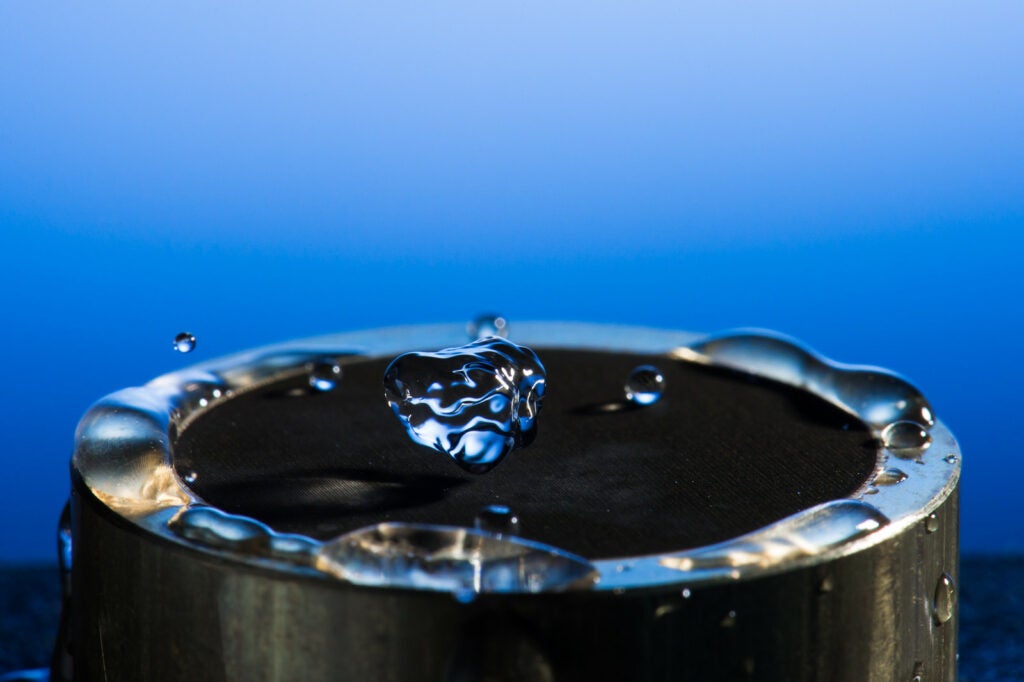