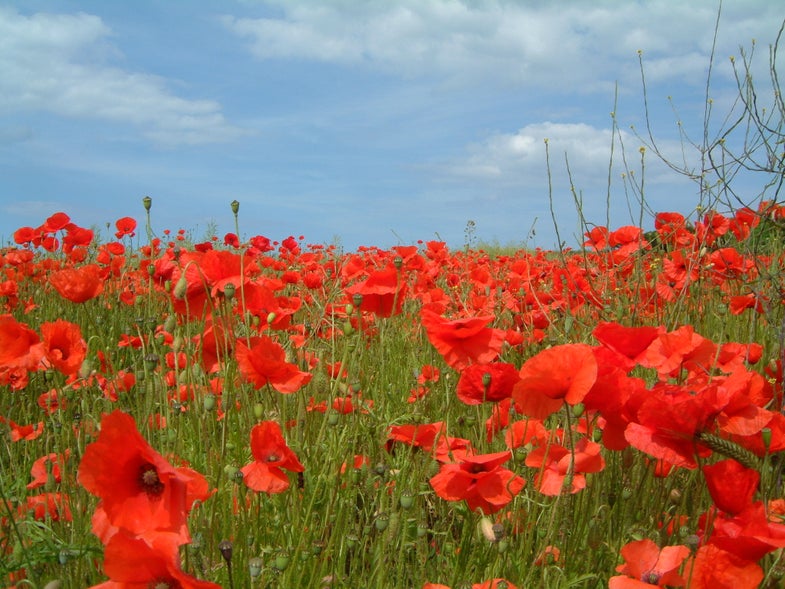 Synthetic versions of opiates like morphine and heroin have been prohibitively expensive to make, so the drugs are still made the old-fashioned way, from opium poppies. Now researchers have genetically modified yeast to complete one of the key steps in the synthesis process, according to a study published in Nature Chemical Biology, making fully synthetic opiates closer to becoming a reality. That means that opiates could be much more widely available, both to patients who need it and to the drugs’ abusers. But the technology could make the drugs less harmful as well.

“By providing a simpler —and more manipulable — means of producing opiates, the yeast research could ultimately lead to cheaper, less addictive, safer and more-effective analgesics,” write several professors of political science and public health in a commentary published in Nature this week.

John Dueber, a bioengineering professor at the University of California, Berkeley and one of the authors of the Nature Chemical Biology study, explains that synthetic molecules can be engineered to target certain cell receptors and not others. “For example, in the case of morphine, this molecule can be tailored with new chemical groups and tested for increased specificity for binding the receptor that blocks pain but doesn’t bind other factors that lead to addictiveness,” he says.

Even a drug engineered to be less addictive can be dangerous in the wrong hands, Dueber notes, so talking about how to handle publicly available opiates is important even in these early stages, when the first versions of fully synthesized morphine are at least 2-3 years away.

Solutions suggested in the Nature commentary include inserting a DNA “barcode” in the yeast so that researchers can keep track of it should it make its way out of the lab, or to release a less-potent strain of the synthesizing yeast for public use. The study authors point out the importance of collaboration between chemical engineers and regulatory agencies such as the Drug Enforcement Administration to prepare for this type of yeast to hit the market. Once it does, making opiates at home could be as simple as brewing beer, the commentary authors write.