Last Month Was The Warmest Month Ever Recorded 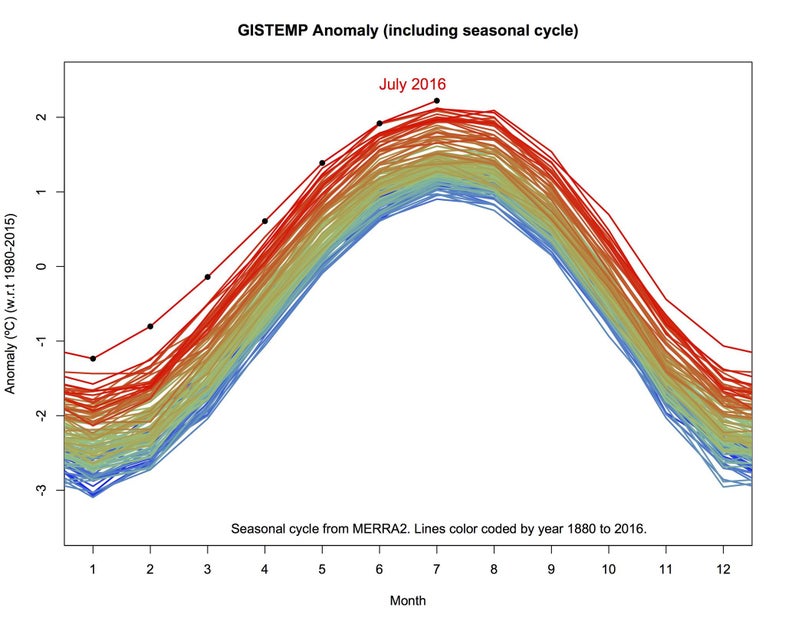 According to new data released by NASA yesterday, July was the hottest July on record since record-keeping started in 1880, with average temperatures 0.1 degrees Celsius above the previous record set by July 2015.

This news marks the 15th consecutive month that the monthly average temperatures have broken records, making it virtually certain that 2016 will be the hottest year since 2015, which broke the record set by 2014. We just keep getting hotter.

“It wasn’t by the widest of margins, but July 2016 was the warmest month since modern record keeping began in 1880,” said GISS Director Gavin Schmidt. “It appears almost a certainty that 2016 also will be the warmest year on record.”

This latest news adds to a long line of record-breaking months, including June, May, April, March…and so on, right back to May 2015. See you again for the August numbers in a month.

Notable climate events from around the world in July 2016.
Climate Change
Global Warming