Big Pic: The Subarctic Lakes Of Canada Are Drying Up 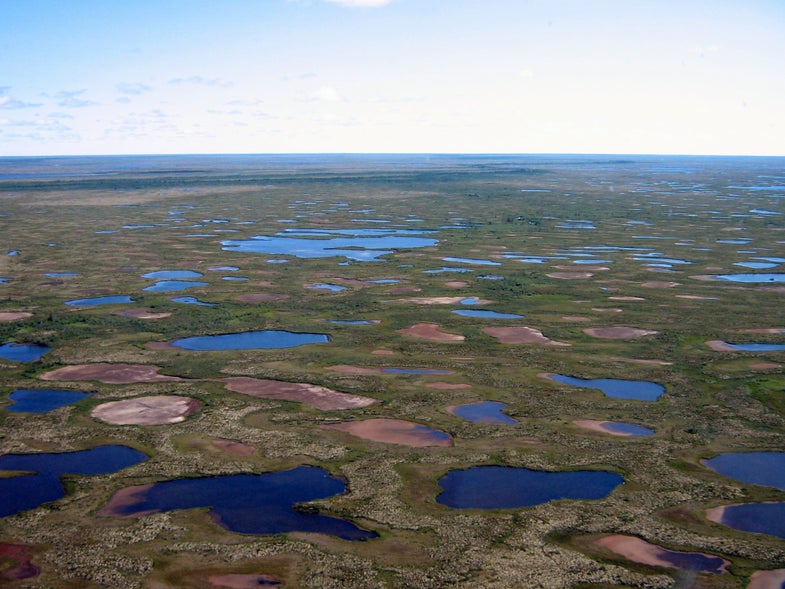 The East Coast may be getting a little damp at the moment, but the subarctic region of Canada has seen a decrease in snowfall in recent years. Because of that, the lakes in the area are drying up significantly, according to a study published on the Geophysical Research Letters website. A team of researchers from Université Laval, Wilfrid Laurier University, Brock University, and the University of Waterloo, studied 70 lakes, most of them less than about three feet deep. These lakes rely on meltwater as a significant source of water. And with dwindling winter precipitation, the meltwater has also taken a hit. The researchers analyzed the lakes on flat terrain and surrounded by scrub vegetation and found that more than half show signs of desiccation. The drying-out phenomenon was first obvious to the naked eye back in 2010, but became even more pronounced this summer.

An analysis of phytoplankton remains accumulated in the lakebeds show that before being disrupted a few years ago, lakes like the ones in the above photo from Manitoba were keeping water levels balanced for about 200 years.