The findings could help endangered species and livestock farmers 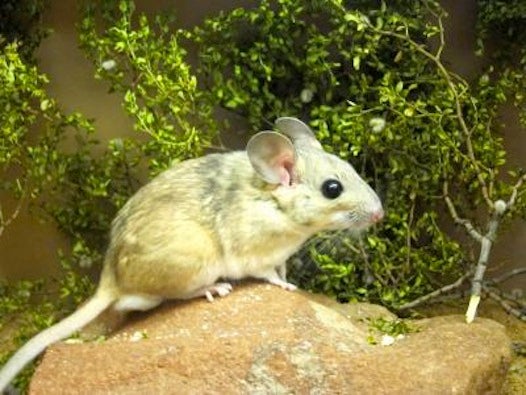 Desert woodrats are picky, but not in the way you might expect: several woodrat populations in the U.S. Southwest specifically eat a type of highly toxic creosote bush. Another group eats juniper, which is also toxic to many animals. This gives the woodrats (Neotoma lepida) a nice niche, allowing them to dine on a plant that others avoid. But how do they do it? A new study suggests that the microbes in their gut break down the toxic chemicals in the plants, which had been hypothesized but not clearly shown until now.

To determine whether microbes help digest creosote, the scientists performed a variety of experiments. In one test, they found that packrats (as the animals are also known) fed creosote had much higher levels of bacteria thought to be involved in breaking down the plant’s secondary chemicals, whereas those fed rabbit food did not–showing that diet influenced the makeup of gut microbiota. Then they fed two groups of the animals antibiotics, killing off many of their gut microbes. Animals that were fed creosote stopped eating the plant, and lost weight, whereas animals given rabbit food (devoid of toxins) seemed to do just fine, and didn’t lose weight.

But it gets better. Packrats regularly feed on other animals’ droppings in the wild, and with that in mind, the scientists fed a group of juniper-eating packrats a mixture of rabbit food and feces from creosote-eaters. These animals apparently developed the ability to break down the plant, compared to those just fed rabbit food, who couldn’t subsequently eat the toxic plant.

All this work with toxic plants, poo and packrats has wider implications than you might imagine, however. It may be possible, for example, to help livestock feed on toxic plants like juniper, which is spreading throughout the Southwest, or help raise cattle in places where noxious weeds often hurt rancher’s productivity. You could, presumably, give the cattle microbes from others that have become accustomed to eating these plants, or perhaps even use bacteria found in the droppings of other animals (here’s looking at you, packrats). This kind of intervention, roughly equivalent to a “fecal transplant“–in which poop is transferred from one animal to another, and which has seen growing popularity amongst humans–could also possibly help in re-introducing endangered animals back into their natural environment, since breeding in the lab can cause the animals to lose microbes necessary for digesting certain toxic plant compounds found in the wild.

The study was published this week in the journal Ecology Letters, and authored by researcher Kevin Kohl and colleagues at the University of Utah.