Slippery Truths: What The Data Says About The Keystone XL Pipeline 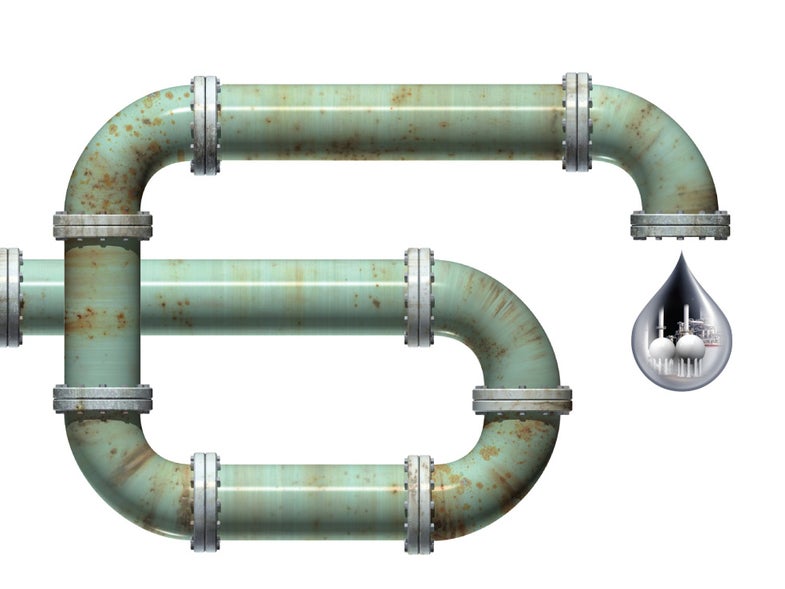 This article was originally published in the February 2015 issue of Popular Science, under the title “Slippery Truths.” It has been updated for the web.

After it was narrowly defeated last November, the bill for the Keystone XL oil pipeline just cleared the House of Representatives, with members voting 270-152 in its favor. Now the bill heads to President Obama, who is still threatening to veto it. If that happens, it will be sent back to both houses of Congress for another round of voting.

The contentious 1,200-mile, 36-inch-wide steel pipeline would transport both heavy oil and bitumen—low-grade crudes that need extra refining before they can be made into products such as gasoline—from Alberta’s oil sands to refineries on the Gulf Coast. The pipeline has become a flash point, both for environmentalists and landowners along the proposed route, who have lobbied hard to stop it, and oil companies who have lobbied equally hard to push it through. With each side of the debate so entrenched in its own rhetoric, fact seems inextricable from fiction. But with data, it’s possible to cut through some of the often-hyperbolic claims.

The Claim: Stopping the Keystone XL won’t stop the mining of the oil sands.

Nearly 300 operations have already set up shop in Alberta. Nine of these are mines, where diggers scrape oil sands from the top 250 feet of soil. Another 283 are drilling sites. In about 40 of the drilling sites, engineers pump steam into the sands to heat the oil enough that it flows. Companies have already invested significantly to create those mines and wells. Even if the Keystone XL fails and oil must be transported by tanker or, more expensively, by rail, it would probably be worthwhile for those installations to keep mining anyway. The Verdict: Existing sites will likely continue operation. Sources: Canadian Energy Research Institute 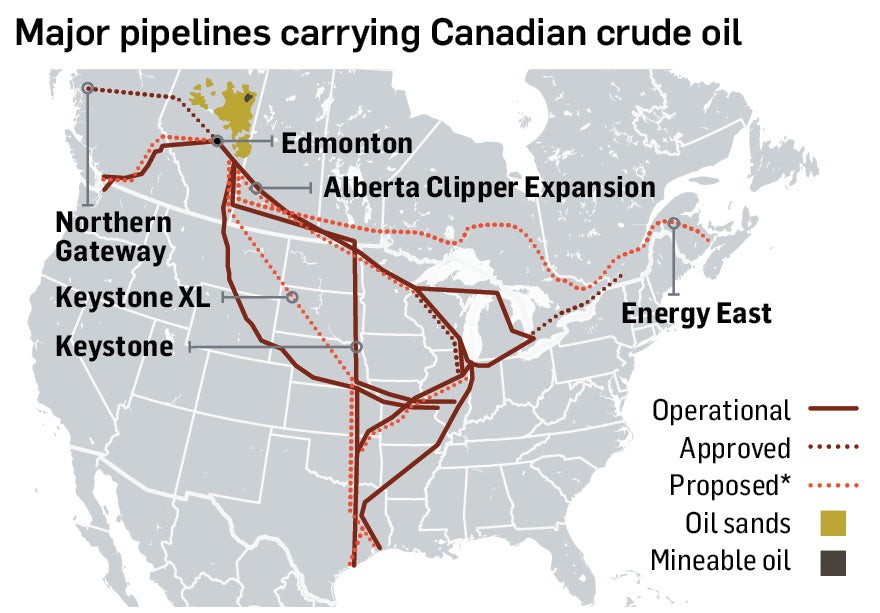 The Claim: Other pipelines would make up for Keystone XL if it fails to pass.

In the six years since TransCanada submitted its initial application for the Keystone XL, several other pipelines for transporting heavy oil and bitumen out of Alberta have won approval. Some, like the Northern Gateway, will carry crude to ports for shipment overseas. Others, like the proposed Alberta Clipper Expansion, would increase throughput to the U.S. along existing lines. And while the lion’s share of crude is still carried by pipeline or ship, rail is fast becoming a viable option as refineries expand their capacity to unload oil cars. The Verdict: Crude will find a way. Sources: Canadian Association of Petroleum Producers; National Energy board (Canada) 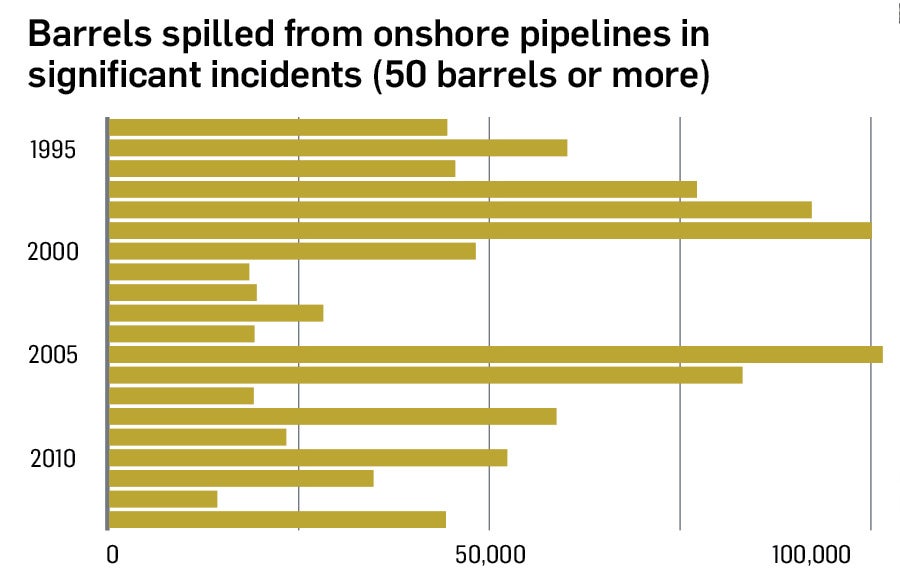 The Claim: The Keystone XL will pollute the environment.

In the past two decades, significant spills leaked more than a million barrels from the approximately 50,000 miles of U.S. crude-oil pipelines. If that spill rate per mile of pipeline holds for the Keystone XL—opponents claim the more corrosive oil-sands crude would make it higher; supporters claim modern monitoring technology would make it lower—then the Alberta-to-Kansas segment should see about 10,000 barrels spilled in a decade. That’s on par with the biggest onshore crude-oil spills in recent history, such as a 1991 pipeline rupture in Minnesota that lost 40,000 barrels, according to the Pipeline and Hazardous Materials Safety Administration. The Verdict: History says oil will probably spill. Source: Pipeline and Hazardous Materials Safety Administration 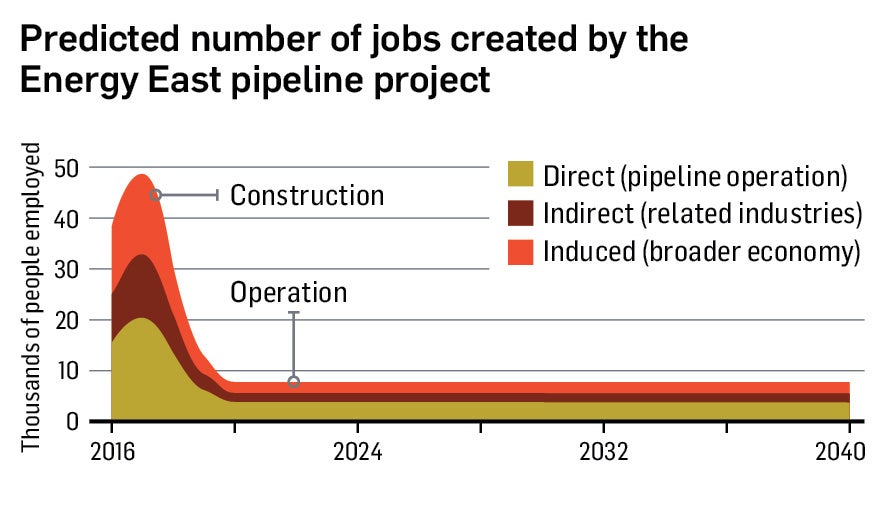 The Claim: The pipeline will create many jobs.

Jobs claims range from wildly high to wildly few, and the truth is probably somewhere in-between. The Canadian Energy Research Institute ran predictions for Energy East, another proposed pipeline. (The project would convert a natural-gas pipeline to carry crude across Canada to New Brunswick.) Analysts estimate the project would generate several thousand sustained jobs, about half of which would be tangential to the pipeline itself—oil-sands miners, or even more tangentially, those who make the goods and services that newly employed pipeline workers buy. The Verdict: At first. But long term, the pipeline itself will employ relatively few. Source: Canadian Energy Research Institute

The Claim: By allowing the U.S. to import more oil from Canada, the Keystone XL would promote North American energy independence.

The U.S. has been steadily importing more Canadian crude since the 1990s, and today gets more of its oil from Canada than from all the Persian Gulf countries combined. It’s a trend that’s likely to continue, given that a fair fraction of the world’s petroleum lies under Canadian land—though in difficult-to-extract oil sands (what geologists call “unconventional” form). This unconventional oil will likely get easier to extract as technology improves. The Canadian Energy Research Institute estimates that proposed pipelines, combined with increased rail capacity, could double Alberta’s export capacity, about half of which would be U.S.-bound. The Verdict: Yes, by augmenting the growing transportation network. Source: U.S. Energy Information Administration
Energy