Evacuations and ash plumes and lava, oh my! 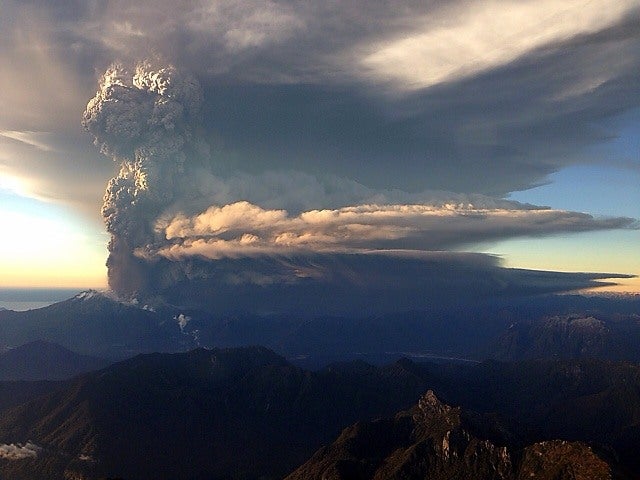 Chile’s Calbuco volcano has been sleeping since 1972–and yesterday, it woke up with a start. The peak finally erupted, sending a huge ash plume into the air followed by lava pouring out of the mountain’s vents shortly afterwards.

Calbuco’s eruption took locals by surprise, but the government moved quickly, evacuating about 4,000 people from a 12-mile radius around the volcano.

The volcano is considered to be among the three most dangerous volcanoes in Chile–a not-insignificant designation in a country with about 90 active volcanoes. Luckily, no deaths or injuries have been reported so far. And just like when the Villarrica volcano (also in Chile) erupted last month, there is some amazing visual documentation of this eruption.

BBC News readers sent in beautiful photos of the event, which occurred near sunset, giving early pictures of the explosion a surprisingly peaceful quality.

Even more incredible are some of the amazing timelapses and video taken by people who were lucky enough to be in the area (at a safe distance of course). One of the most incredible videos to make the rounds was posted to YouTube by Rodrigo Barrera.

Awesome, but kind of tranquil, right? For a more dramatic view, check out this GIF of the eruption, taken from a camera at a local airport:

And just as a reminder, this is what the volcano looked like from about 1972 until yesterday evening: 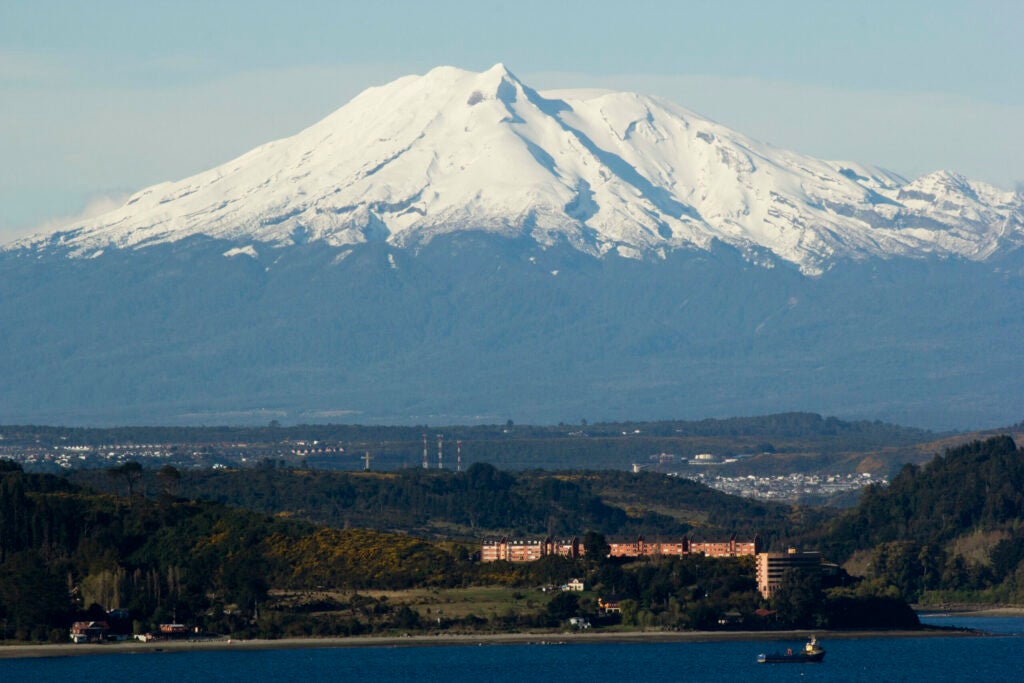 The triggers behind a volcanic eruption are still being investigated by volcanologists around the world. Just like earthquakes, accurately forecasting an eruption is something only possible in a Hollywood script. Luckily, cutting-edge technologies like drones, robots, and virtual reality simulations are letting scientists get a closer look at volcanoes before they lose their tempers, so that in the future, the next eruption might not be such a surprise.