In Nasty Weather, High-Tech Sensors Get The Lights Back On Faster 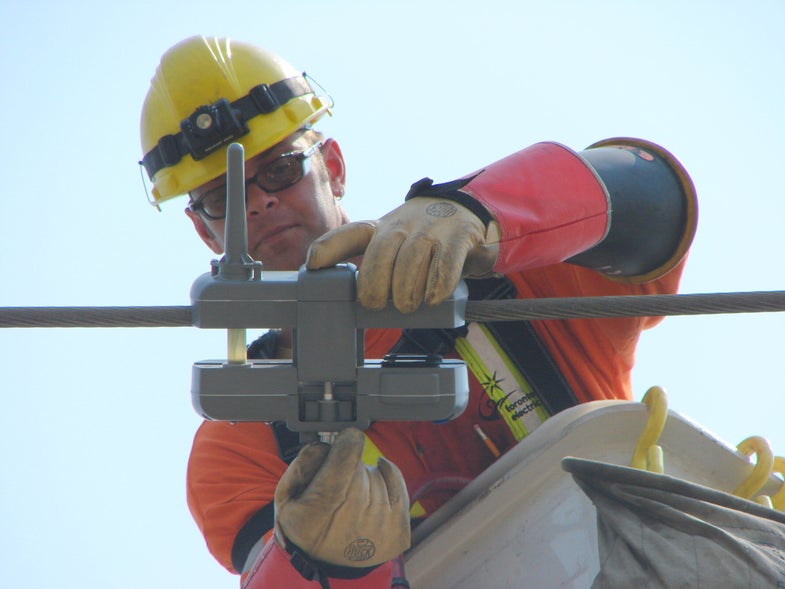 It’s the middle of winter and a storm is bearing down on your cozy, light-filled home. If you’re safe and warm inside, there’s no problem … until the power goes out. Now you’re stuck in the dark, calling the power company and obsessively watching the battery icon on your digital devices, wondering how long the darkness will last. Minutes? Hours? Days? Candlelight might be romantic for a dinner, but relying on it as a sole source of light can get old fast.

But what if there was a way for the power company to start getting the lights back on right when an outage occurs? Or, better yet, never have the lights go out in the first place?

“We want to create a world where there are no power outages,” says Erik Christian, Vice President of Smart Grid at Tollgrade, which makes the Lighthouse platform, a combination of sensors and software that monitor what happens as energy travels from the utility to you. They can notify your utility company the instant the power goes out, or prevent a small problem from turning into a big problem.

The shoebox-sized sensors attach easily to distribution power lines–the power lines between those big transmission lines you see on the highway and your house. The sensors get their power from the electricity flowing through the wires themselves and are equipped with GPS and wireless technology, able to alert a utility immediately when something goes wrong. The sensors also collect data about the energy flowing through the wire, keeping an eye out for fluctuations or problems before the lights start flickering.

Tollgrade isn’t alone in the market. Other sensors are also available, including wireless sensors from SEL and GridSense that can also be installed without shutting off the power. 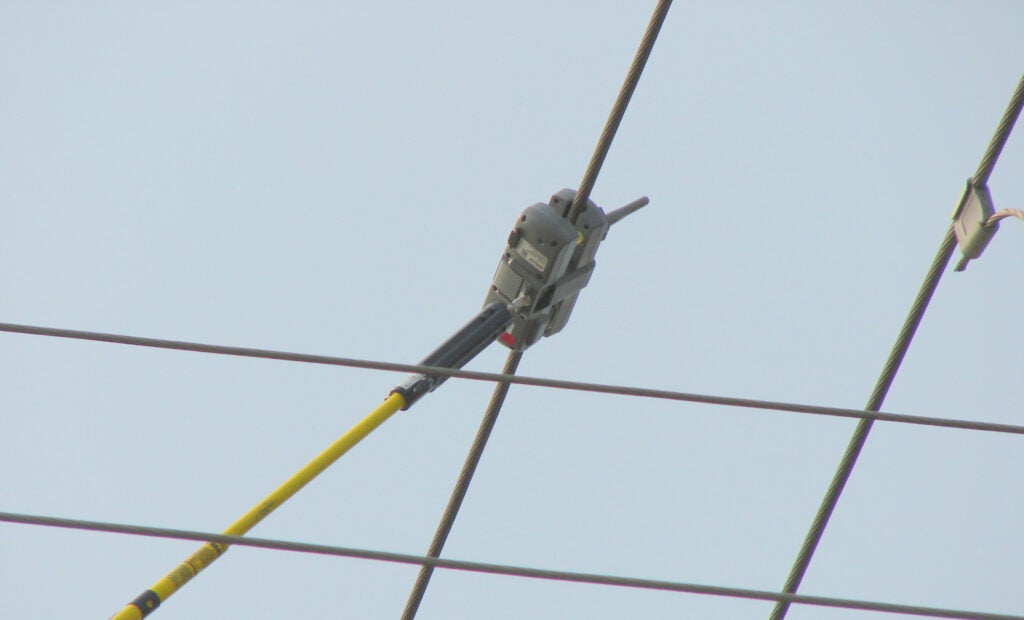 Ground installation of a sensor

All of these products have the same goal; to monitor disturbances on the line between where the power is generated and where it is eventually used. In the past, utilities have relied on people calling in to report outages to dispatch repair crews. And that’s just the start of a laborious process to figure out where the problem is. Once they reach an area where an outage has been reported, the repair crews have to patrol the downed circuit of power lines for tens of miles, physically looking up at the line to see where there might be a problem.

Some power lines have fault detectors, which have been around for decades. Fault detectors either have a flag or a light to indicate a problem on the line, but a line crew still has to patrol the line to see where the problem is–not an easy task in a storm or at night, when the flags are especially hard to see.

Sensors on the power line change all that. Instead of having to wait for calls to come in and send out a team, when a sensor is triggered, a notice is sent back to the utility, alerting them to the problem, and letting them know where the failure occurred.

Frank Peverly is Vice President of Operations for Orange & Rockland Utilities, based in New York. The company began using 50 Tollgrade sensors last year, and has since expanded its network to include over 300 sensors deployed in areas where power outages are a problem.

Using the sensors, “we know about the outage sometimes 10 to 15 minutes before the first person calls,” Peverly says. Their system is set up so that when a sensor notices a fault it sends a text message to engineers working for the utility, who can figure out the best course of action immediately.

“Using the sensors, we know about the outage 10 to 15 minutes before the first person calls”

In addition to deploying repair crews faster, the sensors also help utilities know what kind of crew to send out. The sensors don’t just let the utility know that power is no longer flowing, they are also starting to be able to detect exactly what went wrong.

Tollgrade and the utilities that use their system are collecting data from the sensors in an attempt to build up a library of different “events” that take place on the grid. They’re looking for patterns in the sensor data, figuring out what the readings look like during normal operation, when there’s a power surge, when ice is coating the power lines, etc.

Knowing the difference between an outage caused by a downed tree, a system failure, or a particularly unlucky animal, means that the utility can dispatch the right kind of crew to deal with the situation, says Peverly.

In the future, the sensors could also help manage the distribution of renewable energy throughout the grid. “Until about 10 years ago electricity went one way, but now new types of generation are being interspersed throughout the grid,” Christian says. “It’s a really evolving landscape,”