All your burning questions about sustainable aviation fuel, answered

They promise to help the aviation sector move away from extracted petroleum products, but it's a complex topic. 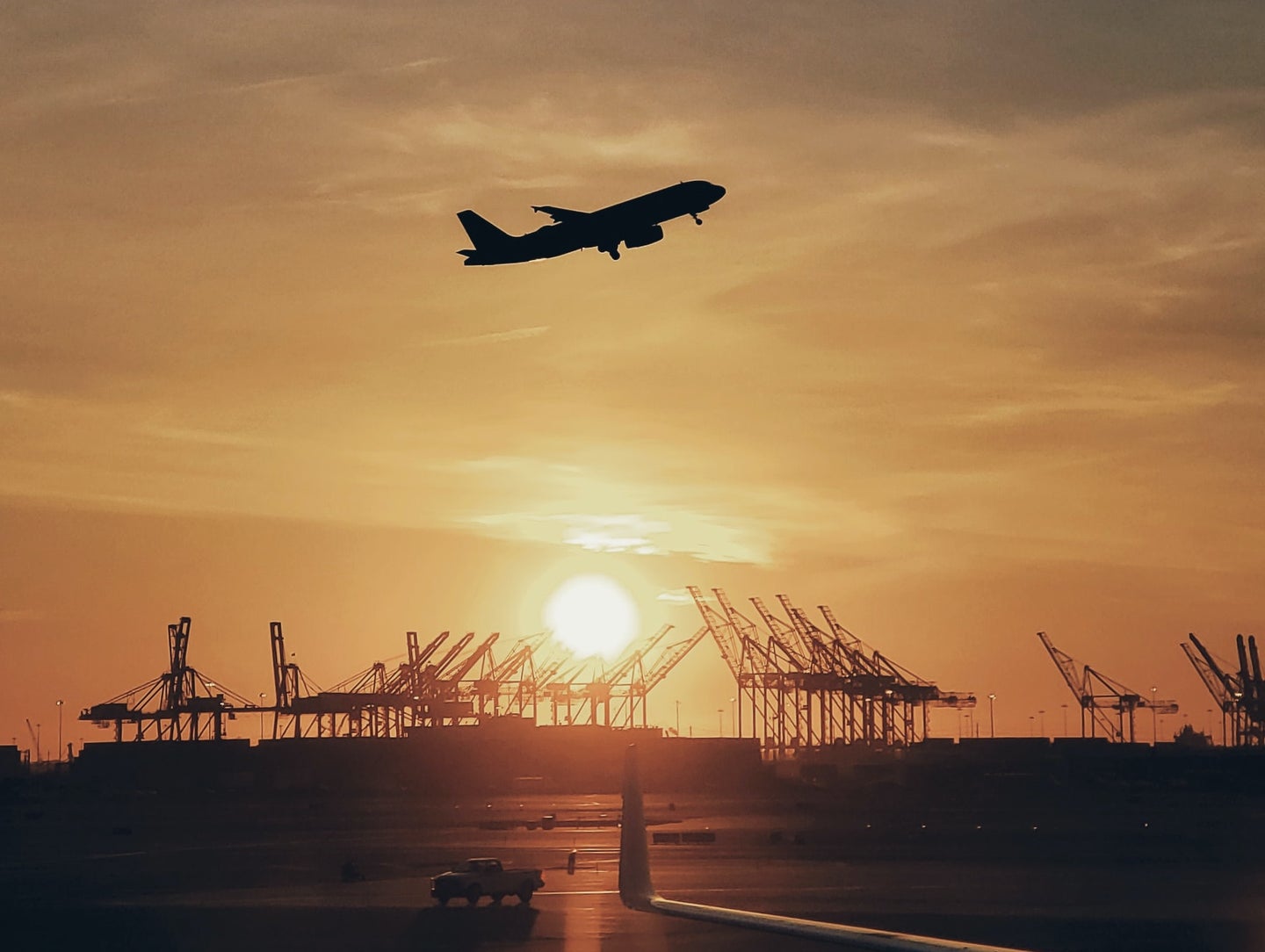 Aviation currently makes up about 3 percent of worldwide carbon emissions — that’s about 900 billion tons of CO2 annually. And the total is only expected to increase as more people take to the skies.

To reduce the growth of emissions associated with flying, airlines are looking to new types of liquid propellants called sustainable aviation fuels (SAFs). These SAFs are similar enough to jet fuel to replace it, but are made with renewable energy sources. And they’re slowly catching on. The US Federal Aviation Administration has announced a plan to reach 3 billion gallons of SAF production by 2030.

Other technologies that aim to decarbonize aviation are on the horizon, but SAFs might be uniquely positioned to quickly reduce emissions in a large portion of flights. Electric aircraft powered by batteries are in development, but they’ll likely be limited to shorter ranges and smaller sizes, in the form of air taxis. Hydrogen-powered planes, like designs Airbus announced in 2021, probably wouldn’t be commercialized and scaled for decades, and may have a limited range as well.

Despite their promise, questions remain about how easy a transition to SAFs would be, how much it would cost, and how much the fuels can actually reduce emissions. There’s also a wide range of SAFs out there, all with their own advantages and disadvantages. Here’s what you need to know about the technology.

So what exactly are SAFs, anyway?

SAFs are chemically identical to conventional jet fuel (or kerosene), which is a mix of hydrocarbons — but instead of fossil fuels, they’re made from a range of renewable starting materials, or feedstocks. Many use biological waste products, including used cooking oils, corn stover (what’s left after the cob is harvested), food scraps, or municipal solid waste. Other SAFs are fully synthetic fuels, or e-fuels, made from carbon dioxide and hydrogen.

Feedstocks need to go through a range of steps to turn them into usable jet fuel. One of the most widely-used pathways for producing SAFs so far is taking waste oils, fats, and grease from restaurants and the like, and then putting them through a refining process that’s similar to what’s used for traditional jet fuel. This process, called HEFA (hydrotreated esters and fatty acids), is particularly attractive because it can employ existing oil refineries, says Zia Abdullah, the biomass laboratory program manager at the US National Renewable Energy Laboratory.

But because of the wide range of feedstocks and processes, quantifying the benefits of SAFs can be tricky. The reason has less to do with chemistry than accounting, according to Dan Rutherford, the director of aviation and marine programs for the International Council on Clean Transportation.

[Related: Plane rides of the future could be fueled by table scraps]

Because SAFs are more or less chemically identical to jet fuels, they produce the same CO2 emissions when burned. “The uncertainty comes upstream,” Rutherford says, referring to how fuels are produced.

Traditional jet fuel begins its life in the ground. It is extracted, refined, and emits greenhouse gasses and other pollutants when burned. The carbon that was underground ends up in the air. But SAFs pull carbon out of circulation when they’re made—like when plants use CO2 to produce sugars—then reemit it when they’re burned, so the emissions can be basically canceled out.

This accounting means the details of a fuel’s production, like whether it’s made with renewable energy and whether it resulted in deforestation, will determine whether or not it actually decreases emissions.

Meanwhile, a fully synthetic fuel that’s produced with renewable energy and CO2 could reduce emissions by 99 percent or more, Rutherford says. Using corn stover and waste from sewage treatment plants will likely fall around an 80 percent reduction, while making it from cooking oils will probably be about 50 percent.

And some alternative fuels don’t necessarily reduce emissions at all. For example, for some crop-based SAFs, farmers grow the crops specifically for biofuels. These can result in major deforestation and can actually lead to higher emissions than fossil fuels if land use is taken into account—you may have heard about palm oil being particularly harmful for this reason.

Are SAFs currently being used?

In the United States, SAFs are currently approved in blends with traditional jet fuel, up to a 50-percent mix. Commercially though, supply and infrastructure are limited, so only a few flights today are powered by a limited fraction of SAF. Los Angeles International Airport is one of a few airports running some flights with SAFs, sourcing the fuel from a company called World Energy that uses a mixture of fats, cooking oils, and greases as their feedstock. United has been using SAFs at LAX since 2016, although it’s still only a tiny fraction of their total fuel supply.

However, since most major airports use central tanks where fuel for all planes is mixed together, if you’ve taken a flight out of LAX in the past couple years, “your plane is powered at least a little bit by SAFs,” says Joshua Heyne, an aerospace engineering researcher at University of Dayton.

Some companies are pushing to test flights powered fully by renewable sources. Rolls Royce announced a successful test flight using SAFs in October 2021, where one of four engines on a Boeing 747 was run with 100 percent SAF for a nearly four-hour excursion. On another test flight in December 2021 run by United and GE, one of two engines in a Boeing 737 was powered with 100 percent SAF on a flight from Chicago to Washington, DC—with 115 passengers on board.

Why do we need new jet fuels, anyway?

In September 2021, the FAA announced its goal to reach net-zero emissions by 2050, and Hileman expects SAFs to be one of the biggest pieces of the puzzle in reaching that goal. Other technologies may also play a role. But the challenges of aviation make it tougher to implement some clean energy solutions that are used in other places, like cars or power plants, Hileman says.

A plane needs to be light enough to fly and carry enough energy with it for its whole journey. That means energy density—the amount of energy stored in a given space and weight—is key. And it’s hard to match jet fuel on energy intensity. A Boeing 737 would require a 600-ton lithium-ion battery to match the energy it carries in jet fuel. That’s multiple times heavier than the total takeoff weight of the plane, which is about 90 tons, NREL’s Abdullah says.

Hydrogen is lighter, but it takes up a ton of space, so fitting enough to power large aircrafts with fuel cells for long flights also presents a challenge, Abdullah adds. A 737 using liquified hydrogen to generate electricity would need to fill between a third and half the plane with fuel, severely limiting room for passengers and cargo. New designs for hydrogen powered planes could solve this problem, although they’re decades from commercialization.

Cost is one of the biggest barriers to SAFs right now, because most are between two and four times as expensive as traditional jet fuel. While the prices can likely come down a bit when the technology scales and becomes more common, it’s not likely that SAFs will ever be as cheap as fossil fuels are, Rutherford says.

These costs could add up quickly, especially for less fuel-efficient planes. This issue could be challenging for Boom Supersonic, a startup promising supersonic commercial flight by 2030, which has pledged to rely solely on SAFs to power their forthcoming planes.

In a recent analysis, Rutherford and his ICCT colleagues estimated fuel costs for Boom if they were to implement SAFs. They found that the company would likely see costs that are 25 times what a traditional airline pays, since the alternative fuels are about three times as expensive as traditional fuel, and the supersonic planes require more fuel for every mile they fly, per passenger.

Even if companies are willing to triple their fuel costs, there’s also still a limited supply of the SAFs that are most common right now. Total capacity for used cooking oils, fats, and greases is currently about 1.5 billion gallons annually. The US alone currently consumes about 20 billion gallons of jet fuel a year and will likely hit 35 billion by 2050, so we’ll need other feedstocks to meet that growing demand.

Scaling up the infrastructure needed to produce all those biofuels would be a challenge, Rutherford says. About 7,000 production facilities would need to be operating by 2050 to supply enough SAF to support all of aviation, he says. There are currently three.

Some existing refinery technology could be reused to help reduce new construction that’s needed, Abdullah says. But new equipment would be needed to get various feedstocks to a state where it’s compatible with refineries that can finish making SAFs.

The EU has a proposal winding its way through the legislative process that would require airlines to use a minimum proportion of SAFs: 2 percent by 2025, ramping up to 63 percent by 2050. The full process, which began in July 2021, is expected to take between 8 and 18 months. The US doesn’t have a mandate planned, although the Biden administration has called for a tax credit for airlines using SAFs. That could help them be more cost-competitive with traditional jet fuel.

Approving larger fractions of SAFs for use in commercial flight, up to 100 percent, and providing motivations for companies to make investments in the technology will help determine how much impact the technology will have on a sector that has so far has had difficulty cutting emissions.

“Decarbonizing is going to be hard,” the FAA’s Hileman says. But he is counting on SAFs to be at least part of the solution. “We don’t really have another option.”