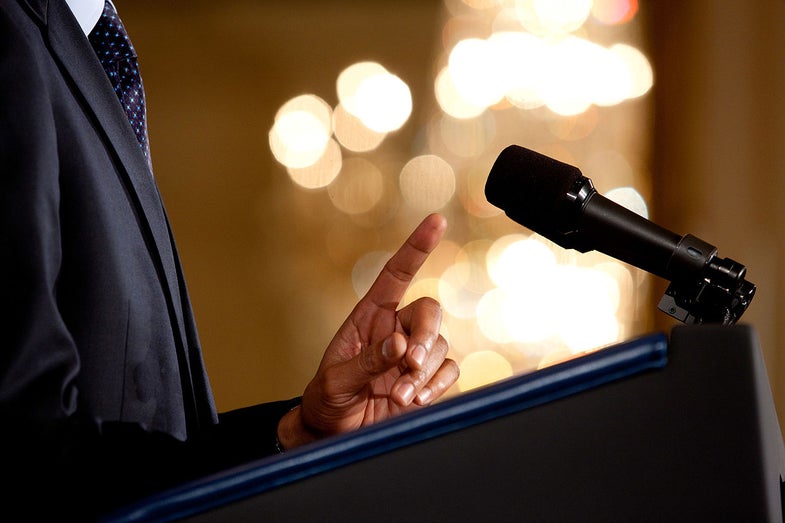 Today’s election, for the 45th President of the United States, is taking place in the middle of a technological golden age. I am, as I type this, in contact with three computers: the laptop I’m writing this on, a smartphone in my pocket, and a smart watch on my wrist. All of them are devices more powerful than most computers were two decades ago, and because they’re everyday conveniences, I barely think about that.

I mention this because it seems that, in the last hours of the campaign, everyone seemed to forget the ram computing power available at our everyday disposal. In late October came the revelation from FBI director James Comey that there were still 650,000 newly-discovered emails on a laptop shared by Clinton aide Huma Abedin and her estranged husband, walking avatar of cocky hubris Anthony Weiner. The FBI had yet to go through those emails as part of its investigation of a email use by Hillary Clinton during her time as Secretary of State. Eight days after announcing they were looking into these emails, the FBI announced they had scanned all the files and found nothing new of interest.

It was a finding met with disbelief in some unusual quarters. Retired Lieutenant General Mike Flynn, who once headed the Defence Intelligence Agency and actively supports the presidential candidacy of Donald Trump, seemed particularly incredulous that it’s possible to scan 650,000 emails in 8 days. Breitbart, the far-right news site whose chairman went on to run the Trump campaign, even wondered in print if the FBI had special “smart machines” to find the right emails so quickly.

The answer, which should be obvious to the former head of an intelligence agency and to campaign journalists alike, is that of course such smart machines exist. They’re computers, they’re in everything, and they’re so common we forget the immense data-processing power they have.

As Andy Greenberg writes at Wired:

Technology, basic modern technology like computers, data collection, and digital forensics, were never really at the center stage of this nearly two-year-long election campaign. Sure, there was “the email scandal,” which was really four different controversies related to several different sets of emails. Apart from those, the biggest piece of technology debated this campaign was at least 11,000 years old: walls, the crude physical barriers with a long history of failing to prevent the movement of people and goods.

Beyond that stone-age throwback, this is an election taking place in the most advanced era of human history. Because this technology is so central to our lives and the function of our nation, it’s too important to let people keep coasting by on ignorance. As Megan Carpentier writes in Esquire, basic technological literacy isn’t just a perk in a future leader, it should be all-but-required:

So yes, the FBI can sort through hundreds of thousands of emails in a week. It doesn’t take a Snowden to know that, but for the American government to respond to future Snowdens, it would help if the person at the top had a basic grasp of how the technology animating the world’s largest economy actually worked. And better understand of technology will help protect future elections, with leaders who can distinguish between simple mechanical failure and a direct cyber attack on voting machines.

To paraphrase William Gibson, the future is already here, but our elected leaders haven’t caught up to it yet.