Robot-run hotels are here, but guests have mixed reviews

They’re here to check you in, and welcome you to the future. 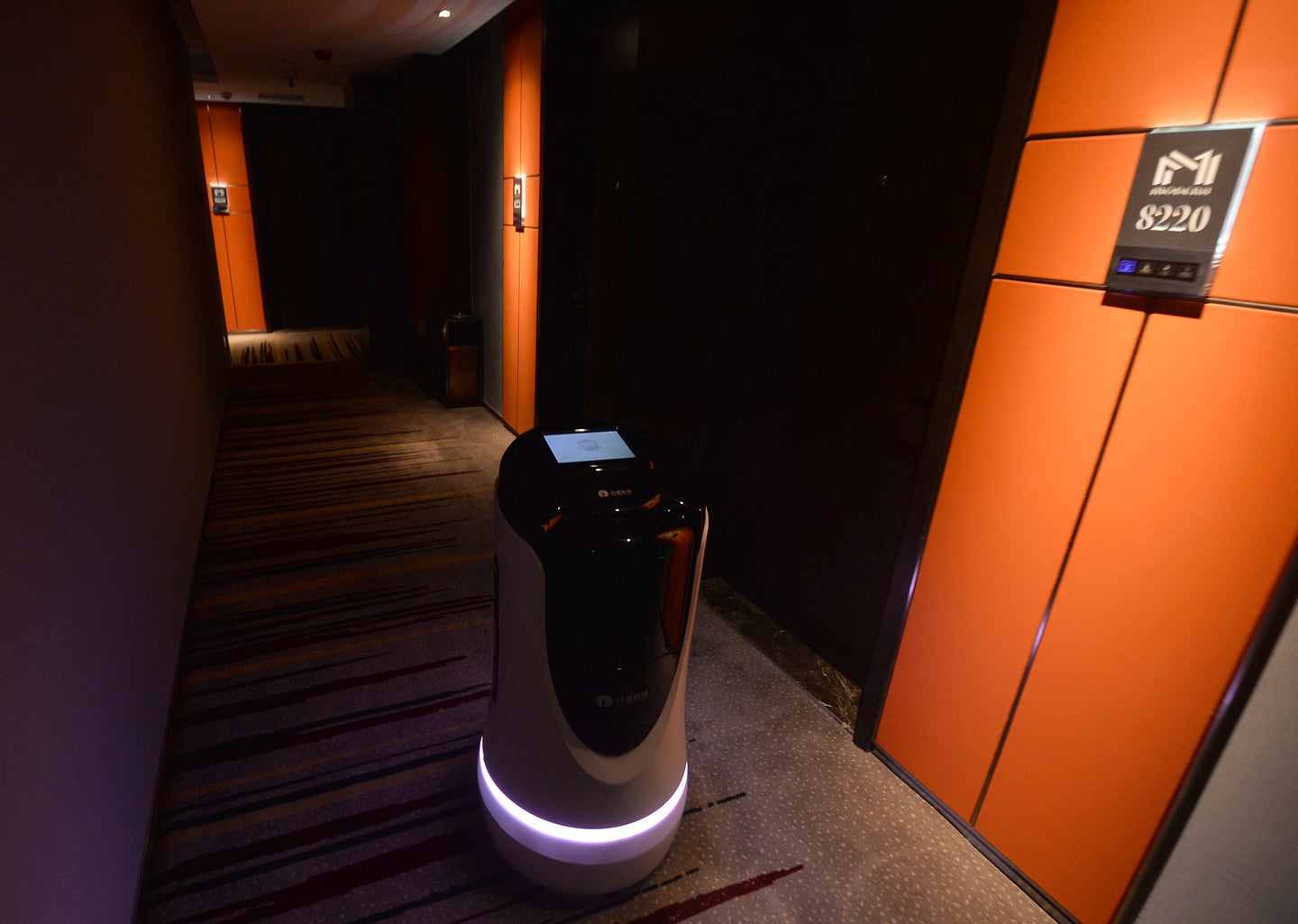 This robot is a hotel worker. DEPOSIT PHOTOS
SHARE

In 2015, Japan opened the world’s first all-robot-run hotel, and called it Henn na (or “Strange”) Hotel. The machine menagerie had a short run before management decided to change up its strategy in 2019, and replaced half the staff with humans.

According to The Economist, “the luggage-carriers could not climb stairs or go outside. A question-and-answer robot could not handle anything beyond basic inquiries—and responded to at least one guest’s snoring by waking him repeatedly to tell him it could not understand what he was saying. Rather than saving labour, the robots actually required the hotel to increase staffing in order to assist and repair the struggling robots.”

Around this time, many hotels looked to automate components of their services, like checking in and out, storing luggage, delivering room service, making breakfast, vacuuming carpets, and providing digital door keys. Hilton and IBM partnered to create a robot concierge, Aloft toted in robot butlers, Crown Plaza employed a delivery robot, and Yotel in New York City even automated its hotel room furniture to make more efficient use of space.

Saving costs is a key reason hotels have for wanting to employ robots. And during the COVID-19 pandemic, contactless service was likely another, which reignited some of the interest for robots in this space. Like most hospitality industries, hotels experienced labor shortages and had to adopt new health guidelines. USA Today noted that there was especially a growing investment in robots for cleaning and disinfecting spaces.

But before robots can come in to save the day, the hope is that engineers have learned from the chaos of the Japanese “strange” hotel. The big lesson there, as The Economist reported, was that management needed to “separate the services performed by robots and the services performed by humans.” But even years later, it seems like the same issues around the integration of hotel robots keep cropping up.

[Related: What robots can and can’t do for a restaurant]

Earlier this month, Kate Kaye from Protocol wrote about her experience staying at a fully automated Sextant hotel in New Orleans. There, guests could access everything, from the concierge desk and noise monitoring, to the hotel bar, and the on-site pharmacy, without having a face-to-face interaction with another person. But the process wasn’t without its glitches, and the hotel had to have humans on standby for housekeeping, troubleshooting when door codes didn’t work, or checking IDs when selling alcohol.

Another problem is that robotics systems and AI platforms are far from perfect when it comes to working out all the privacy concerns, such as how they will store data from users and safeguard against hackers. This is a particularly pressing issue with machines featuring built-in camera systems or conversation capabilities.

In general, guests and employees did not seem to mind the robots when they did their jobs, researchers found in a 2019 study published in the International Journal of Hospitality Management. However, this is not always the case, which is partly why some hotels that adopt robots will choose to stop using them, according to a 2022 paper in the International Journal of Hospitality Management. Similar to robots in the restaurant industry, for the level of technology that is currently available, simple robots that do repetitive, predictable tasks, like room delivery, luggage carrying, or vacuuming, tend to fare better in the hotel work environment. Robots that had to handle more customer service interactions, or complex tasks, had more mixed results.