Delivery Robots Are Coming To A Hotel Near You

Service with a side of bleeps and bloops 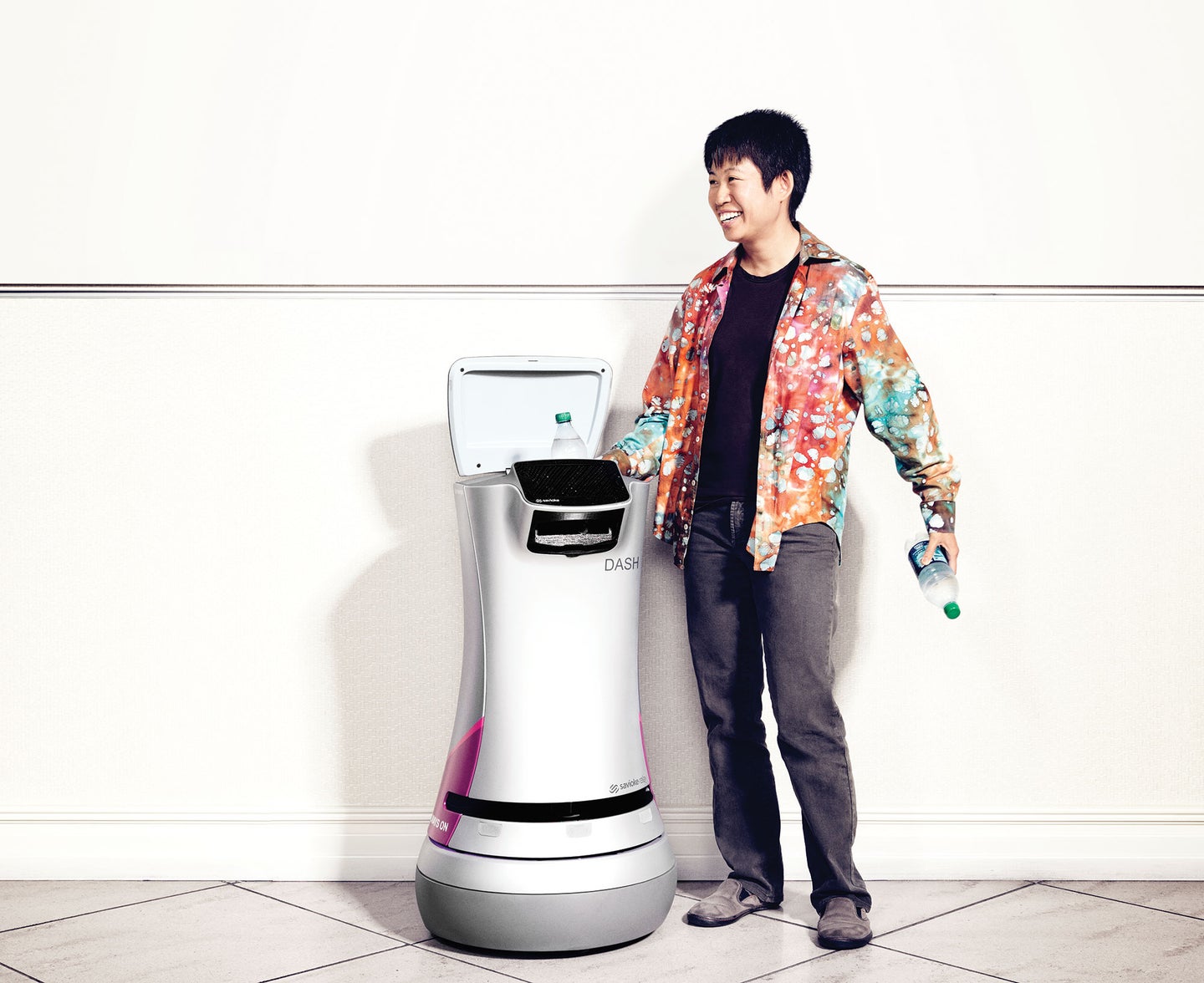 Soon hotels will be teeming with robots. At least that’s the hope at Savioke, a startup that develops robots for the service industry. The company’s room-service helpers have made more than 4,000 deliveries so far. Its newest robot, Relay, has been deployed in about 10 early-adopter locations, delighting most guests but committing the occasional faux pas. To find out what it will be like when there’s a robot in every hotel, we spoke with Tessa Lau, Savioke’s co-founder and chief robot whisperer.

Popular Science: How exactly does a robot work in a hotel?

Tessa Lau: It’s a delivery robot. When the front desk needs to send an item up to a guest room–an amenity like a toothbrush or a towel, or a sandwich or a snack–they go over to the robot, put the item into its compartment, and send it off. Relay knows how to take the elevator and make its way up to the guest’s room. When it gets there, it calls the room phone. So the guest comes to the door, Relay opens its compartment, and the guest retrieves the item. We got complaints when the robot just delivered its item and went home. Now it stays a little bit to interact with the guest. It gives people a chance to shoot video or take a selfie with the robot before it heads on home.

Sometimes humans can be creeped out by robots. How do you overcome that?

One design element is the robot’s eyes. They blink. They’re on its little tablet. That makes the robot look more human, a little cuter—but yet, not fully human. That’s one of the balances we have to strike. If it looks too humanlike, people assume it can do things that it can’t. We already have people saying “Hi, robot, how are you?” It’s hard for a robot to respond to that. So it doesn’t. And in a similar vein, it makes little beeping noises rather than talking to you. That’s because we don’t want you to think it’s smarter than it actually is.

“Our goal is to create technology that disappears into the background, which is hard because robots are so sexy.”

What happens when it doesn’t respond like a human would?

There was one incident in the Aloft Cupertino hotel where a little girl saw it and got so excited. She went up to it and hugged it, and was dancing all around it. The robot was trying to get past her into the elevator, but she was blocking its path. And at that point, an inebriated man came up and got angry, and so he kicked the robot and slammed it into the elevator. It was fine–robots don’t get angry. So the robot just found itself in the elevator, turned around and faced the door, and went to the second floor. We build them to withstand enough abuse under daily use.

How does it make you feel watching Relay work?

I wrote a lot of the code behind it, I had my hands on so much of the technology, and I saw it being built. Even so, it’s amazing just watching it do its thing. The robots start to take on personalities. You could say it’s because they have slightly different motor adjustments underneath. They’re each calibrated a bit differently. Therefore, they have slight variations in performance. They start to take on little quirks. Like, the one guy I was working with yesterday–Beta 6–it’s really quiet. It rolls along so smoothly, you can barely hear it coming. And it just peers around the corner. It’s still magical watching it go.

Where else do you want to deploy Relay in the future?

There are a lot of places where it could be useful. As a side project, we’re looking at robots in elder care, and we’ve seen interest from places like sports stadiums–to do deliveries to box seats–office buildings, on cruise ships, airports, restaurants, hospitals. They are all indoor spaces where stuff has to move around–and we can help.

This article was originally published in the September 2015 issue of Popular Science, under the title “The Robot Whisperer Upgrades Your Hotel Stay.”