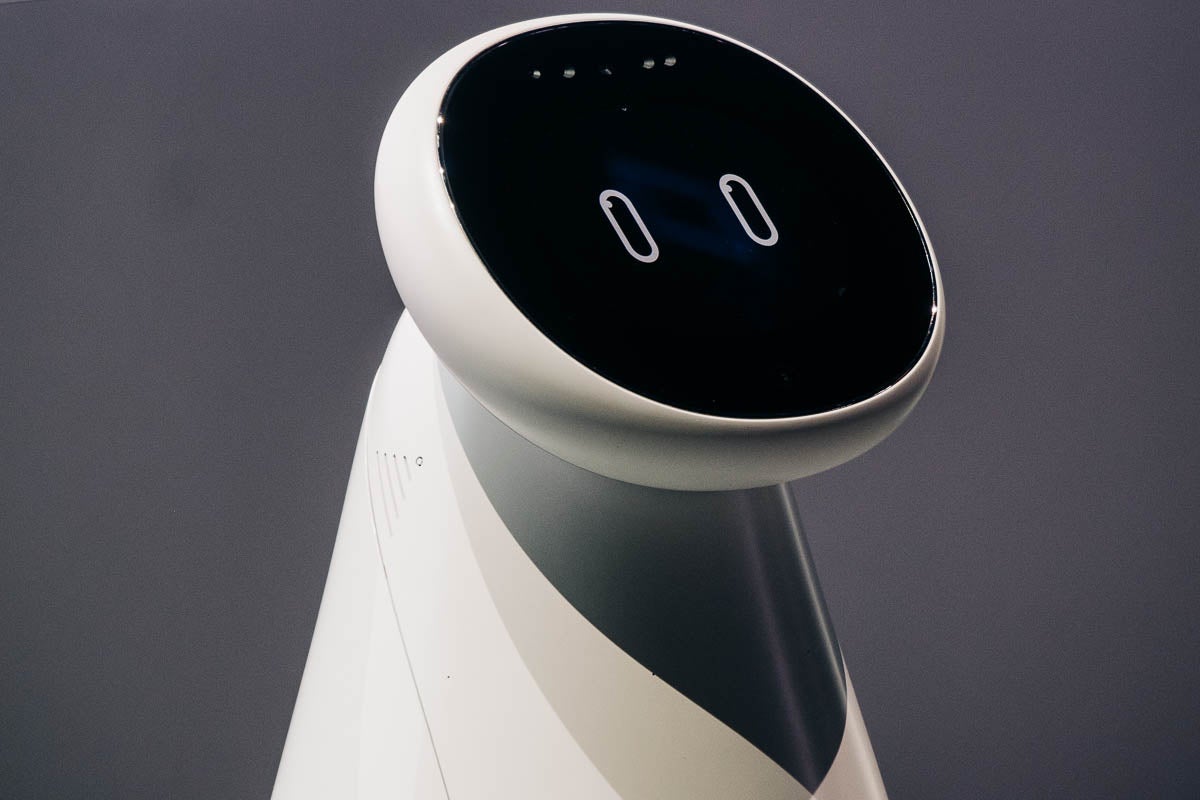 When it comes to robots in our home, there are a few well-worn tropes to which we’ve grown accustomed. There’s the friendly Rosie the Robot butler that brings us our futuristic food and slippers. Then there’s the fatalistic, sci-fi view in which any humanoid robot is just a step towards a Terminator- or Matrix-style dystopia in which humans are reduced to a nuisance or a power supply, respectively. At this year’s Consumer Electronics Show, however, there was an assortment of robots designed to monitor a person’s health and intervene if something goes wrong. And those helpful little bots may be the last thing you see before the squishy, inefficient, meat-based machine we call a body gives up the ghost.

The most high-profile health helper bot at the show was Samsung’s Bot Care. Revealed during Samsung’s massive press conference, the hip-high robot is part of Samsung’s new robotics platform; others include an automated pal designed to help people in retail shopping environments, and another designed to filter pollution from the air in your home.

From the outside, Bot Care looks a lot like the robots we’ve come to expect at CES. It has a decidedly Pixar vibe with friendly eyes plastered across a digital display that doubles as its face. It’s adorable, which makes sense for a device that’s meant to act as a companion for a human.

It’s easy to imagine Bot Care cruising around the home of an older person who wants to keep living alone, but needs some assistance with regular health tasks. On-stage, the company demoed Bot Care’s ability to remind companions when they need to take a pill—and alert them if they’re inadvertently taking too much of a specific medication.

It’s easy to imagine Bot Care cruising around the home of an older person who wants to keep living alone, but needs some assistance with regular health tasks. On-stage, the company demoed Bot Care’s ability to remind companions when they need to take a pill—and alert them if they’re inadvertently taking too much of a specific medication.

The demo also included the robot’s ability to take heart rate and blood pressure measurements. This is where platforms like this start to tie into the burgeoning number of medical-grade health devices also on display at this year’s CES trade show.

The $500 Omron HeartGuide blood pressure watch, for instance, uses an inflating device to allow instant blood pressure monitoring, the results of which can transfer to Apple’s HealthKit (with Google and other platform support coming down the line). The latest Apple Watch also famously added an ECG functionality that can monitor for irregular heartbeats and detect when the wearer falls down and may be hurt. The information that these devices collect is somewhat scattered at the moment, but the summation of that data could eventually inform AI meant to help companion robots be friendlier, more helpful, and even better at telling when we might die.

Samsung’s Bot Care platform, for instance, has a compatible fall detector that a patient can wear on their clothes. If it detects a fall, the Bot Care robot can move to the person’s location and try to figure out whether or not to contact an emergency contact or even a doctor or paramedics.

Because Bot Care came out of Samsung’s AI division, it’s meant to interact with patients via regular conversations, which could have health benefits in and of itself. Researchers at University of Southern California have been using a humanoid robot to interact with patients at Los Angeles County + USC Medical Center and the Alzheimer’s care section of Silverado Senior Living center. The research claims the robotic interactions can help motivate patients to participate in healthier behaviors like exercise that they otherwise wouldn’t.

These caretaker robots aren’t a totally new concept across the board. Some have been around for more than a decade. A robot called Dinsow has been in the works since roughly 2009 and has reportedly made its way into some elder care facilities in Japan. The $2,500 bot handles familiar tasks like handing out medication reminders and keeping track of patents’ positions so it can notice if someone hasn’t moved over an extended period of time.

Another virtual health aid called Addison comes from Texas-based health monitoring company SameDay Security. The virtual nurse exists on a screen in the home rather than on a roving robot, but it handles many of the same functions and adds a decidedly human avatar with which patients and interact. The system is impressively conversational and friendly. It’s easy to see how a more human appearance and personality could pair with a robotic body.

While it will still be quite some time before this becomes a standard method of elder care, you can see the technologies in the AI field converging into something that could work in this capacity. After all, machine learning is getting better at learning about your current physical and emotional state by simply reading your facial expressions. One of the key things missing from that equation is context about the rest of the person’s habits and traits, something a live-in robot could collect along the way.

As more wearable devices collect health information, we’re bound to see more devices like this that can leverage it. Right now, a bot is likely to call for help, but it’s not hard to imagine a future in which it could perform some potentially life-saving tasks. Or, all this will make the robot takeover that much simpler.

Or, maybe all future healthcare workers will be replaced by this robotic nurse with a bear’s face.