These robots can build almost anything—including clones of themselves

The breakthrough robot swarms function as both the builders and final products. 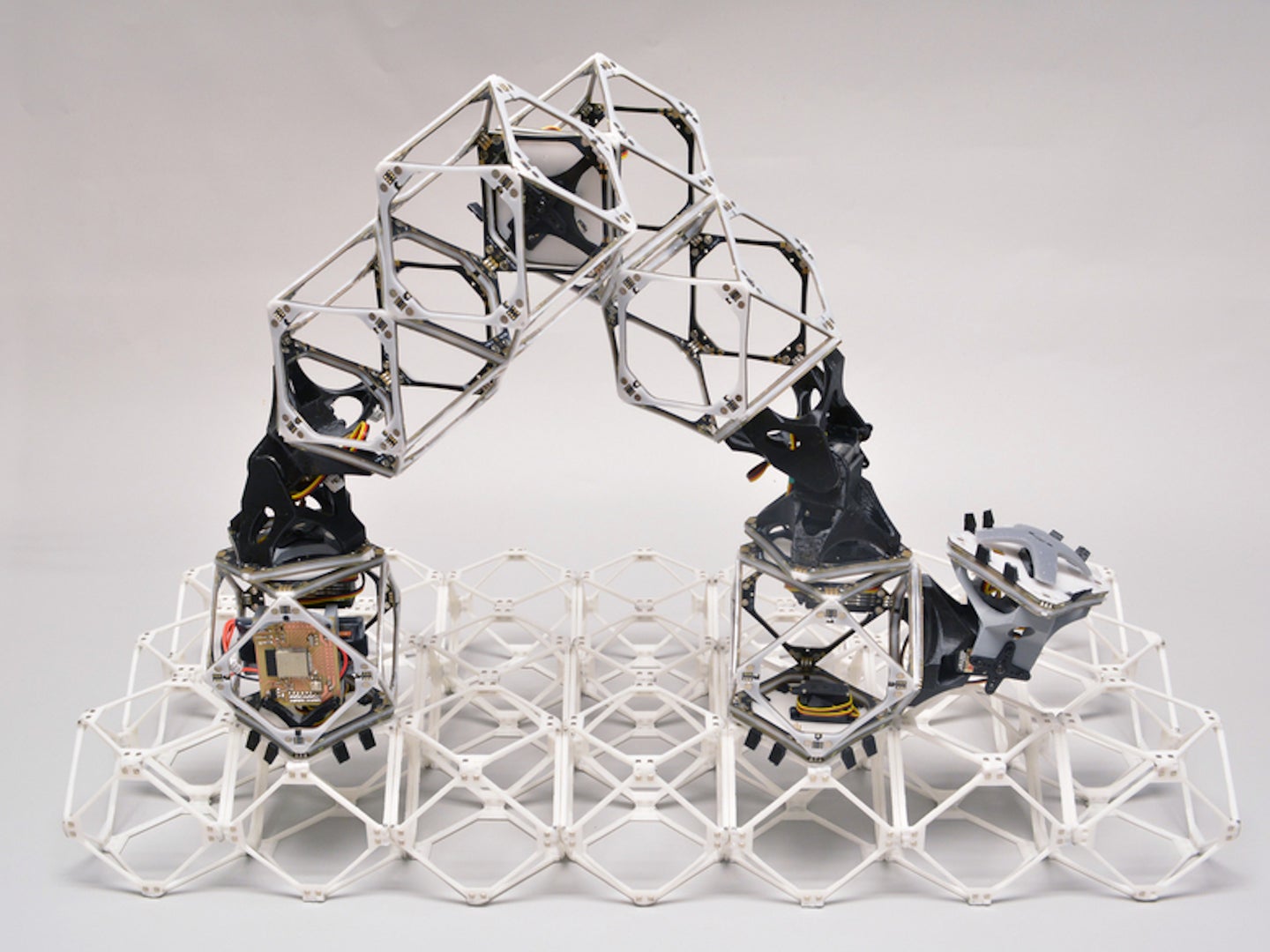 Prepare to familiarize yourself with 'voxels.'. MIT News
SHARE

It’s robots all the way down: Researchers at MIT’s Center for Bits and Atoms (CBA) are developing a mind-bending new variety of fully autonomous machines capable of working together to assemble almost any conceivable structure or product, including bigger iterations of themselves as their projects scale larger. The new findings—recently published in Nature Communications Engineering—synthesizes years’ worth of similar research into a new system wherein both robots and their assigned projects are composed of the same subunit materials called voxels, the volumetric equivalents of a two-dimensional pixel.

“[W]hile earlier voxels were purely mechanical structural pieces, the team has now developed complex voxels that each can carry both power and data from one unit to the next,” explains MIT News‘s recent writeup. “This could enable the building of structures that can not only bear loads, but also carry out work such as lifting, moving and manipulating materials—including the voxels themselves.”

[Related: Robots are coming to hotels, but how long will they stay?]

The innovations also rely on the robots’ capability to determine when they need to pause to build bigger versions of themselves to continue the job as the project’s size increases. At a certain point, the distances these tiny machines must travel renders them inefficient. By training them to recognize when this happens and when to construct necessary, larger iterations, the entire system can scale upwards indefinitely.

[Related: This agile robot dog uses a video camera in place of senses.]

The end result is a creation that is simultaneously the intended structure and the robot constructing it. “The robots themselves consist of a string of several voxels joined end-to-end,” explains MIT. “These can grab another voxel using attachment points on one end, then move inchworm-like to the desired position, where the voxel can be attached to the growing structure and released there.” While researchers note that a fully autonomous system of voxel-bots is still “years away,” recent strides showcase the jaw-dropping potential of iterative robotics and their potential ramifications within seemingly countless industries.

Other potential uses include building structures to aid in protection against sea level rise and coastal erosion, as well as 3D printed houses and space habitat construction. CBA’s director and paper co-author, Neil Gershenfeld, offers jumbo jet construction as an example: “[W]hen you make a jumbo jet, you need jumbo jets to carry the parts of the jumbo jet to make it. The final assembly of the airplane is the only assembly.”