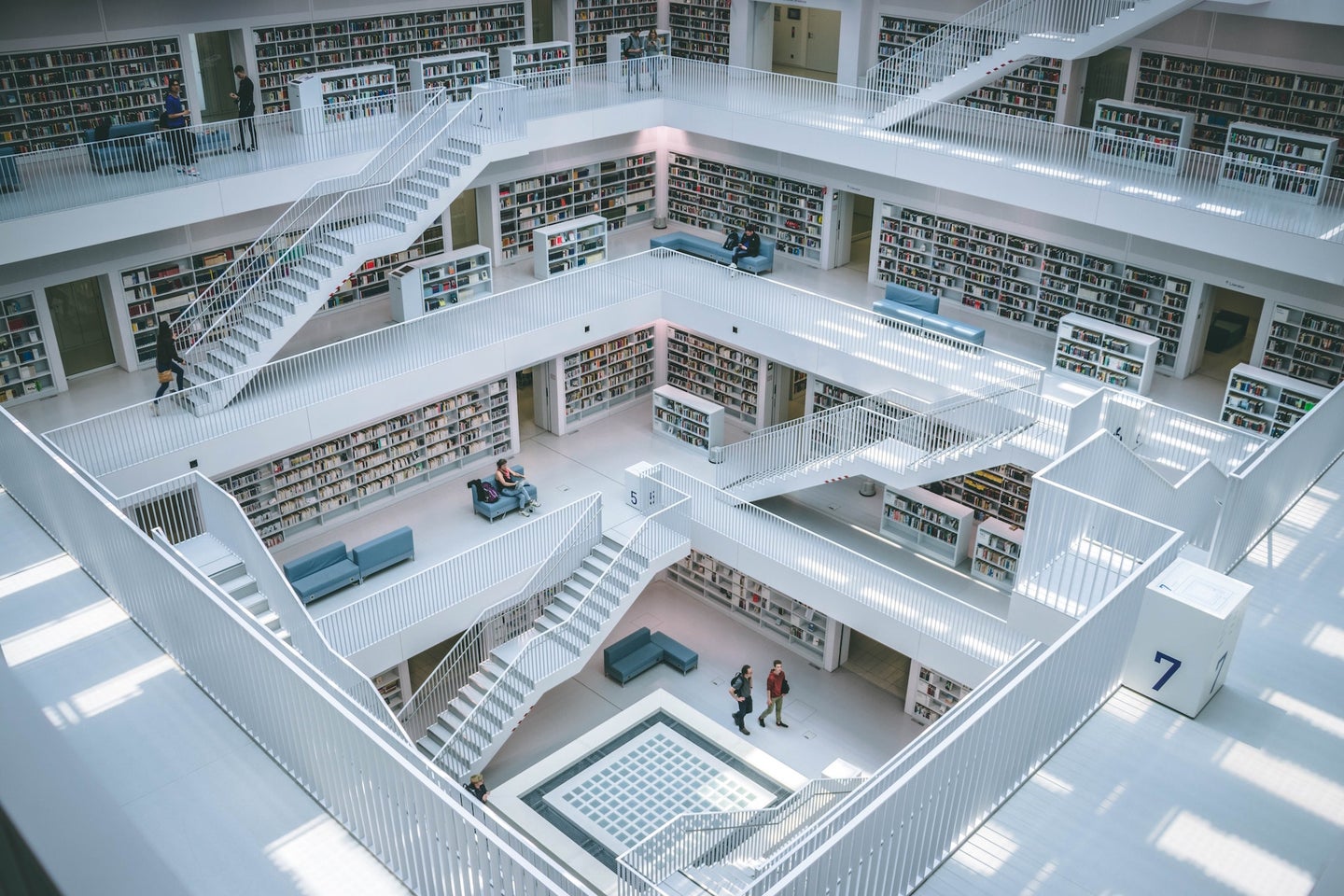 What's the best way to store the world's information?. Photo by Gabriel Sollmann on Unsplash
SHARE

Peter Kazansky has been working on something called five-dimensional, or 5D, data storage since 2014, and in October he and research partners announced that they’d cracked it: a new way to store large amounts of data on a disc the size of a CD, using a format that could boiled, baked, flooded, or demagnetized without degrading.

In 2014, Kazansky was part of a team that won a Guinness World Record for creating the most durable storage medium. That creation, a glass disc with a lifetime of 13.8 billion years and a capacity of 360 terabytes, was designed to ensure our data could be passed down to generations after us.

“That was the first demonstration,” Kazansky, a professor in the Optoelectronics Research Centre at the University of Southampton, says. “Now we are moving into the practical.”

Why does it matter?

As Avi Greengart, president and lead analyst for research firm Techsponential, points out, the world is now experiencing an explosion in data. “That means the industry needs more extremely high capacity storage mechanisms with both fast read and write times and improved longevity,” he says.

What we currently use to store data isn’t capable of that kind of longevity. That’s magnetic tape—such as with an old VHS tape or cassette tape—and hard drives, which are the common data storage mediums for places like museums and archives. But those hard drives and cassettes can only last so long. Kazansky’s discovery could be a long-term solution to what could eventually be one of civilization’s biggest problems.

“The information stored on CDs or DVDs can last maybe 10 years,” says Kazansky. (It can vary.) “With magnetic tape, it could last 15 years, and with hard drives maybe five years. But with this new method of ultrafast laser writing, we can archive things indefinitely.” Plus, files preserved on floppy discs, or music preserved on cassette tapes, may eventually become inaccessible as the tools used to read those mediums become antiques and fall out of use entirely.

Because of concerns about data degrading over time, data stored in digital formats has to be migrated every few years. This is an expensive, time-consuming process that Kazansky knows well, as he and his team have spent years working with the Library of Congress to address this issue.

“If we succeed at this, it will not be necessary to migrate data,” he says. “It will solve this problem.”

In fact, we could be living in what some call a digital dark age. That’s the idea that we’re not leaving a durable enough record of our lives for future generations, because the file formats, software and hardware we use to save our data are not built to last long-term.

“We may know more about ancient generations with their stone etchings than future generations will know about us,” says Kazansky, “because all of our archival storage is hosted digitally, in places where it will for sure degrade.”

Cave drawings etched in stone are far more durable than magnetic tapes or hard drives. That’s a big problem. It’s also one Kazansky has spent years thinking up solutions for.

How does Kazansky’s method work?

“With the laser beams we use, we also cut,” he says. “We also physically use a laser beam like a chisel.” Using that laser beam, Kazansky creates small cavities in glass, creating a highly stable material that would survive at temperatures of 2,000 degrees.

Hard drives and magnetic tape, the industry’s current go-to for backing up digital data, do not store information with physical changes. The information is stored in the form of changing magnetic properties, and heating these forms of storage to 2,000 degrees would easily destroy them.

Traditional hard drives house data on spinning platters of magnetic media and can last three to five years (although real-world use will vary, of course), but solid-state drives are more reliable, storing memory on microchips and lasting about double the time. Unlike hard drives, solid state drives have no moving parts and can better survive being dropped.

But Kazansky’s method uses special lasers that produce very intense pulses, creating a strong electrical field that produces a lightning-like breakdown. Because these pulses are so short, this lightning can be very precise, producing microexplosions that create small cavities in the glass, which can be shaped with precision and built to last.

What are its limitations?

The main limit is how fast lasers can etch the terabytes of data. Scientists have already improved the speed of that drastically in the last few years, but our current speeds are about one megabyte per second, meaning writing 500 terabytes of data could take tens of years.

Figuring out how to speed that up is Kazansky’s next challenge. But meanwhile, there’s one industry he can help right now, using what he’s already created: Hollywood.

The film industry has over 100 years of old film archives, and all of those archives have to be migrated every few three to five years to avoid the possibility of the data degrading. But in 2019, in partnership with Microsoft and Warner Brothers, Kazansky created a tiny piece of glass that stored the 1978 Superman movie.

It was a boon for the film industry, which is always on the hunt for new ways to preserve their archival assets, and it was a victory for archivists, who have been warning the public about the dangers of a digital dark age for years.

But Kazansky is looking beyond Hollywood. “Now we can read one gigabyte per hour, so it means in several hours we can record a person’s DNA,” he says. “And if, in 10,000 years they find our crystals with DNA, maybe they will manage to reconstruct a person.”

And while right now, most of Kazansky’s work remains in his University of Southampton lab, one of his crystals is onboard a Falcon Heavy rocket. This creation, known as the Solar Library, contains Isaac Asimov’s entire science fiction Foundation Trilogy.

“All of this is a bit futuristic,” Kazansky acknowledges. “But there is a possibility.”