The sky has a highway 100 miles wide 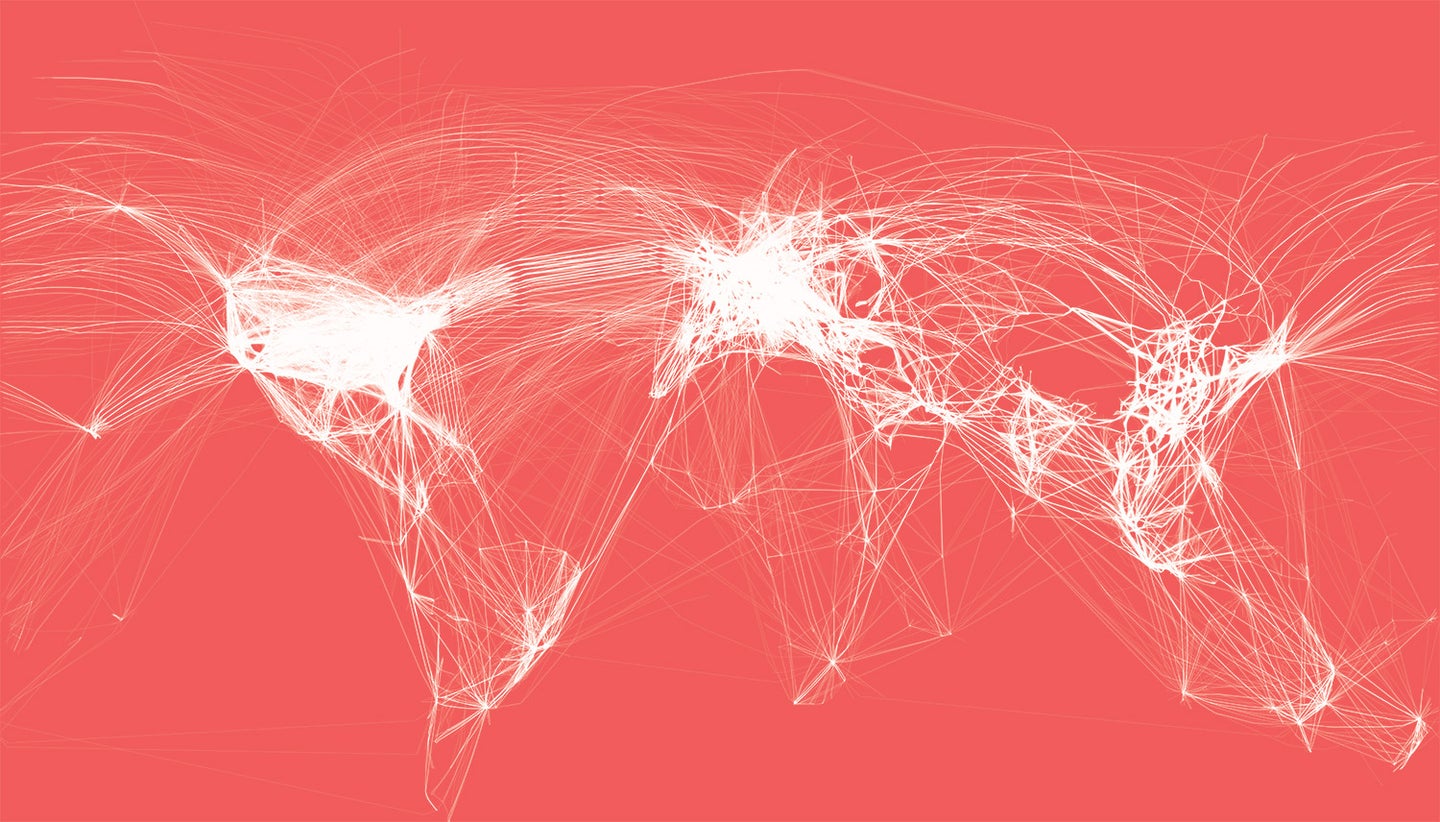 There’s an aerial express lane 100 miles wide stretching above the Atlantic, where more than a thousand planes crisscross the jet stream’s 150 mph winds. Spotty ­radar coverage over the ocean calls for predetermined routes, creating a ­consistent traffic pattern. Here’s the resulting skyway—which can shave an hour off a trip from North America to Europe—and the rest of the 125,798 flight paths blazed every night. 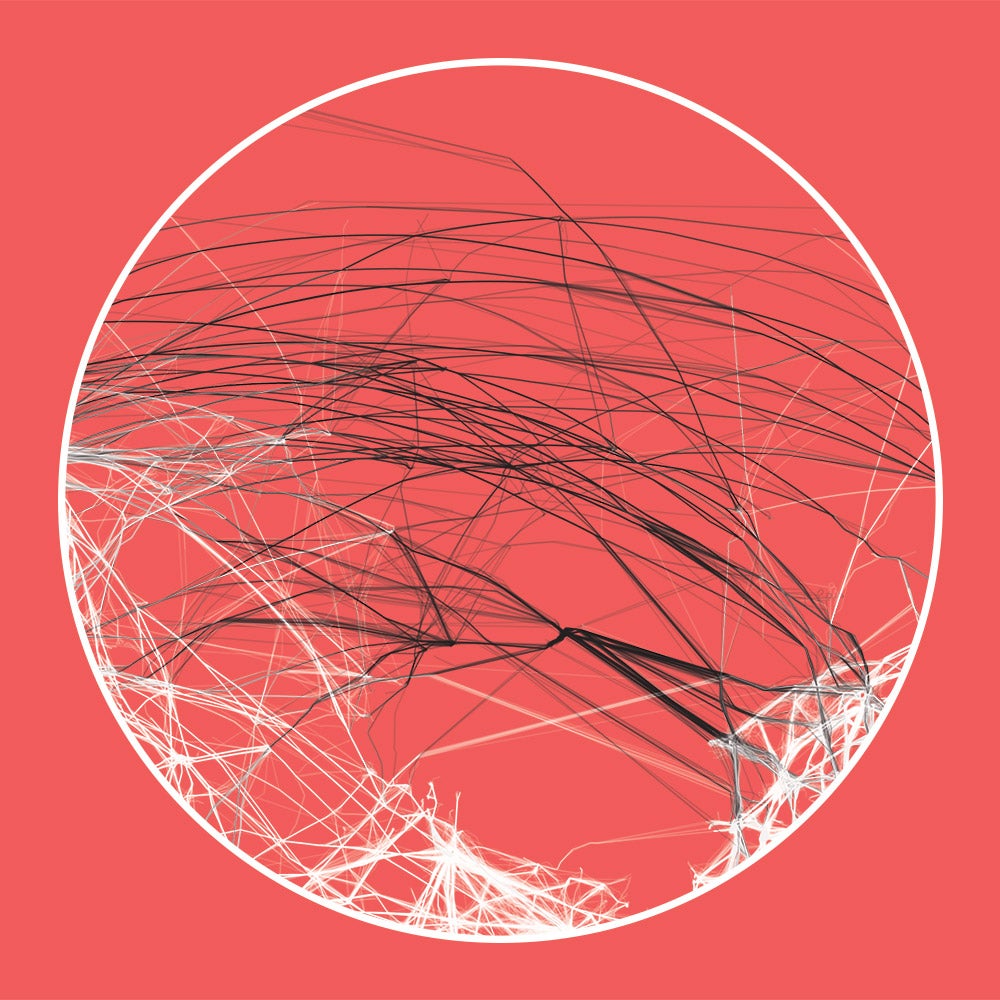 Prior to 1991, these paths connecting Europe and East Asia didn’t exist. The Soviet Union forbade foreign aircraft from flying directly over Siberia, so routes in that region went through Anchorage. Airlines now frequently pay Russia a steep premium so they can skip the detour and shave off precious flight time. 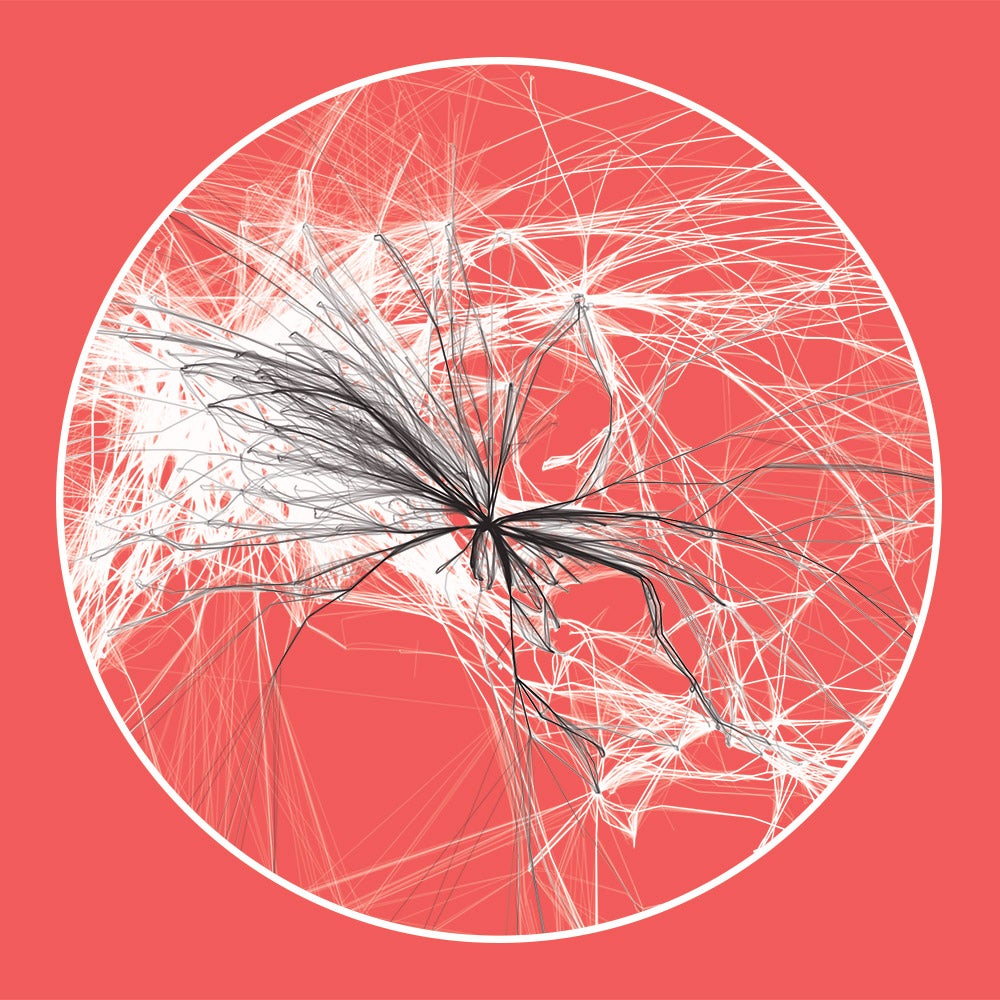 The UAE’s position on the globe allows the Emirates’ airlines to fly from any number of Western nations and connect through to reach Australia and New Zealand. That placement between Europe and Oceania helps make Dubai’s airport the third busiest globally—and No. 1 in international traffic.

RELATED: Flying taxis are making progress, one minute at a time 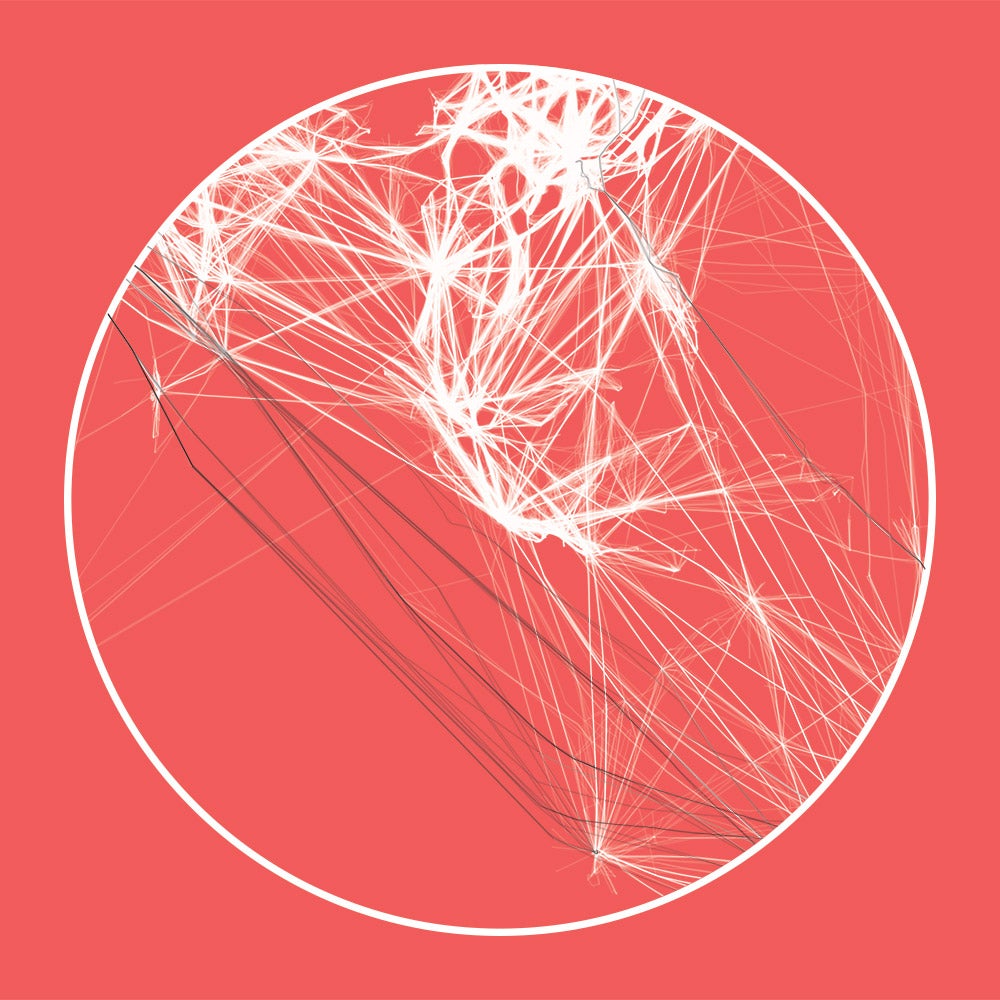 Even though nonstop flights don’t save on fuel costs—extra gas means more weight, which takes more fuel to carry—increased demand from passengers is making lengthy routes more and more common. Trips from Oceania to the Middle East and Europe are often sold out despite 17-​plus-​hour durations.