It's called the DDG(X), and it could be a successor to the Arleigh Burke-class destroyers of today. 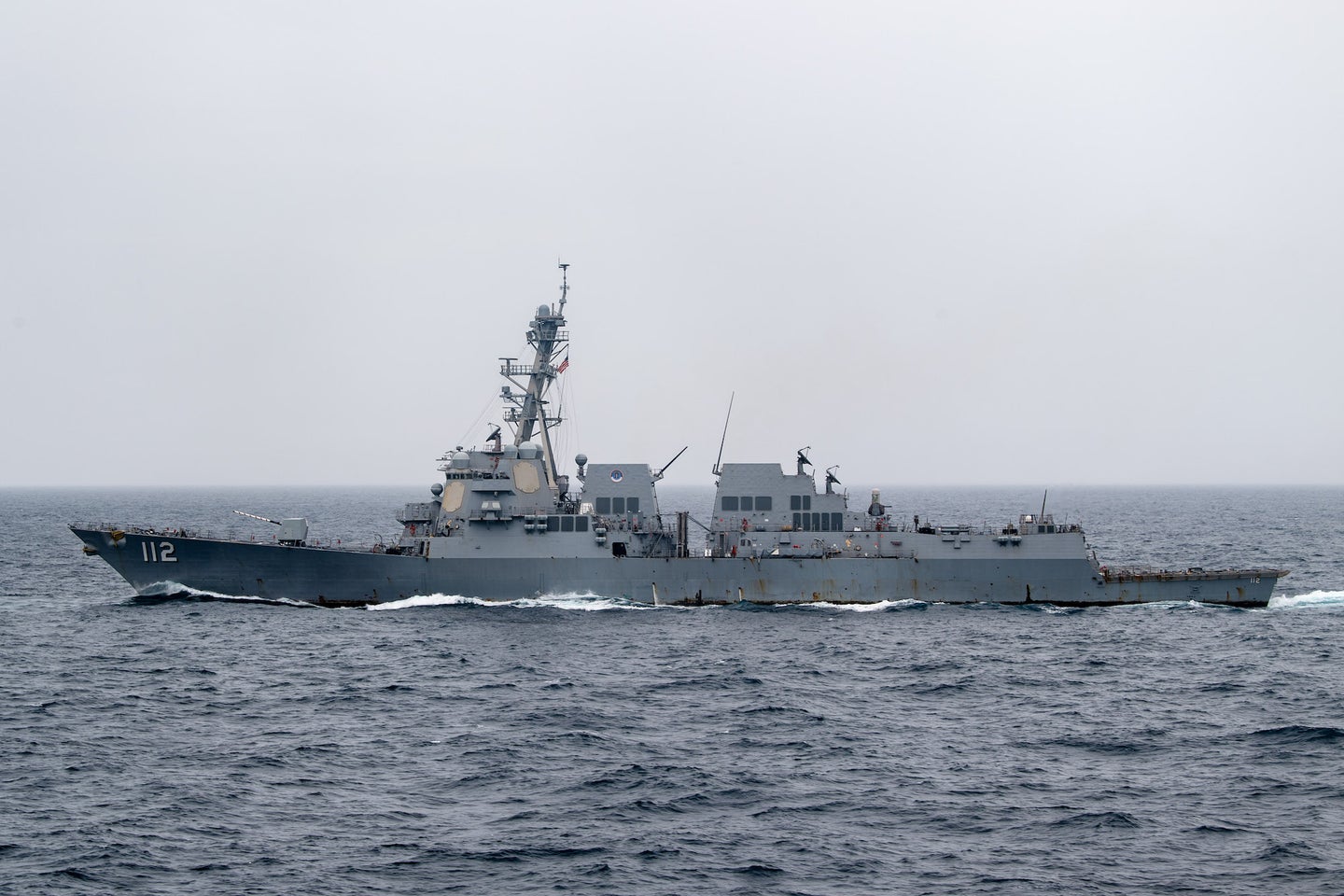 The US Navy wants its next destroyer to be festooned with lasers.

Destroyers as a category of ship exist for two distinct yet related missions. From the category’s conception in the late 19th century to the present, they’ve been built to escort bigger, more powerful or vulnerable ships, and use their weapons to deter or destroy smaller threats. (The name itself is a shortened form of “torpedo boat destroyer.”) The other mission of destroyers is as a platform for offensive weapons, primarily guided missiles, which can be launched at ships, buildings, or vehicles at great range.

A next-generation concept, unveiled January 12, showcases the present and near-future technologies that the Navy sees as essential to combat operations in oceans over the coming century. The concept, announced at the Surface Navy Association symposium, was accompanied by a list of all the ways in which this new destroyer, for now designated as DDG(X), would surpass the capabilities of the already existing and reliable Arleigh Burke class.

The Arleigh Burke class, which entered service in 1991, is expected to serve into the 2060s.

To complement and then replace it, the DDG(X) class promises better sensors, longer-range weapons, more missiles, and lasers. Not content to just imagine a better destroyer, the concept document wants it to operate at a lower cost, thanks to a new and more efficient power supply. While that’s a lot of change, it comes from two fairly expected directions. The first is an assumption that newer components, in everything from electronics to missiles, will have a better “SWAP-C” ratio.

[Related: Inside The Zumwalt Destroyer]

“SWAP-C” is a term used by military acquisitions to capture “size, weight, power, and cost,” choices that are often in direct conflict with one another in a given component, like a sensor or a missile. A ship contains finite space, so the smaller and lighter every part can be, the easier it is to fit more of them on board. The concept document doesn’t explain how it expects to tackle every aspect of size, weight, power, and cost, saying only that the destroyer program “Resets SWAP-C margins.”

Besides relying on newer, more efficient components, the DDG(X) will incorporate existing parts of the Arleigh Burke class destroyers that work, slotting in available torpedo tubes and radars. This will be incorporated into a “new hull form,” though the document is ambiguous about the style of that hull.

Hull shape is an open question: The last time the Navy floated a futuristic destroyer concept, it became the DDG 1000 Zumwalt. With a “tumblehome” hull that slopes in from the water, instead of out like in a traditional ship, the three Zumwalt class ships offered greater stealth on the water than similar sized ships. Plagued by cost overruns and the inability to deliver specific technical components, like an advanced gun turret, the Navy canceled the class with just three of the planned 32 ships ordered.

While the DDG(x) concept art bears a hull more similar to the Arleigh Burke than the Zumwalt, that shape is not a given.

“We haven’t actually locked down the hull form, yet. That’s a concept,” said deputy program manager Katherine Connelly, USNI News reports, referring to the concept drawing the office presented. “It is one of the many options still in play. … We as the design team, are going through all the different options to see which one performs best for the long-term and the mission.”

[Related: India launched a torpedo from a missile. Here’s why.]

What the DDG(X) is most likely to borrow from the Zumwalt is the Integrated Power System, an all-electric power supply that allows the vessel to shift power between propulsion and other onboard electric systems. That’s crucial for making lasers feasible, as the DDG(X) concept comes with both a forward-mounted 150 kilowatt laser, and two rear-mounted 600 kilowatt lasers. These lasers potentially offer fast and efficient protection against incoming missiles, drones, and even small ships or crewed aircraft. But to be most effective, the lasers will need to consistently draw on electrical power, burning through targets at high intensity.

With powerful sensors, an array of missiles and torpedoes, and defensive weaponry, the DDG(X) promises to be a useful way for the Navy to threaten and, if need be, fight a battle in a variety of environments. With hoped-for gains in design, the Navy wants DDG(X) to do everything an existing Arleigh Burke class destroyer can, but with 50 percent greater range and a 25 percent reduction in fuel usage.

That’s a big ask for a big ship. Following in the expensive and underwhelming wake of its immediate Zumwalt predecessor, the DDG(X)’s ambitions are more modest, and stand to be far more successful.