The history of aspect ratios takes some interesting turns. 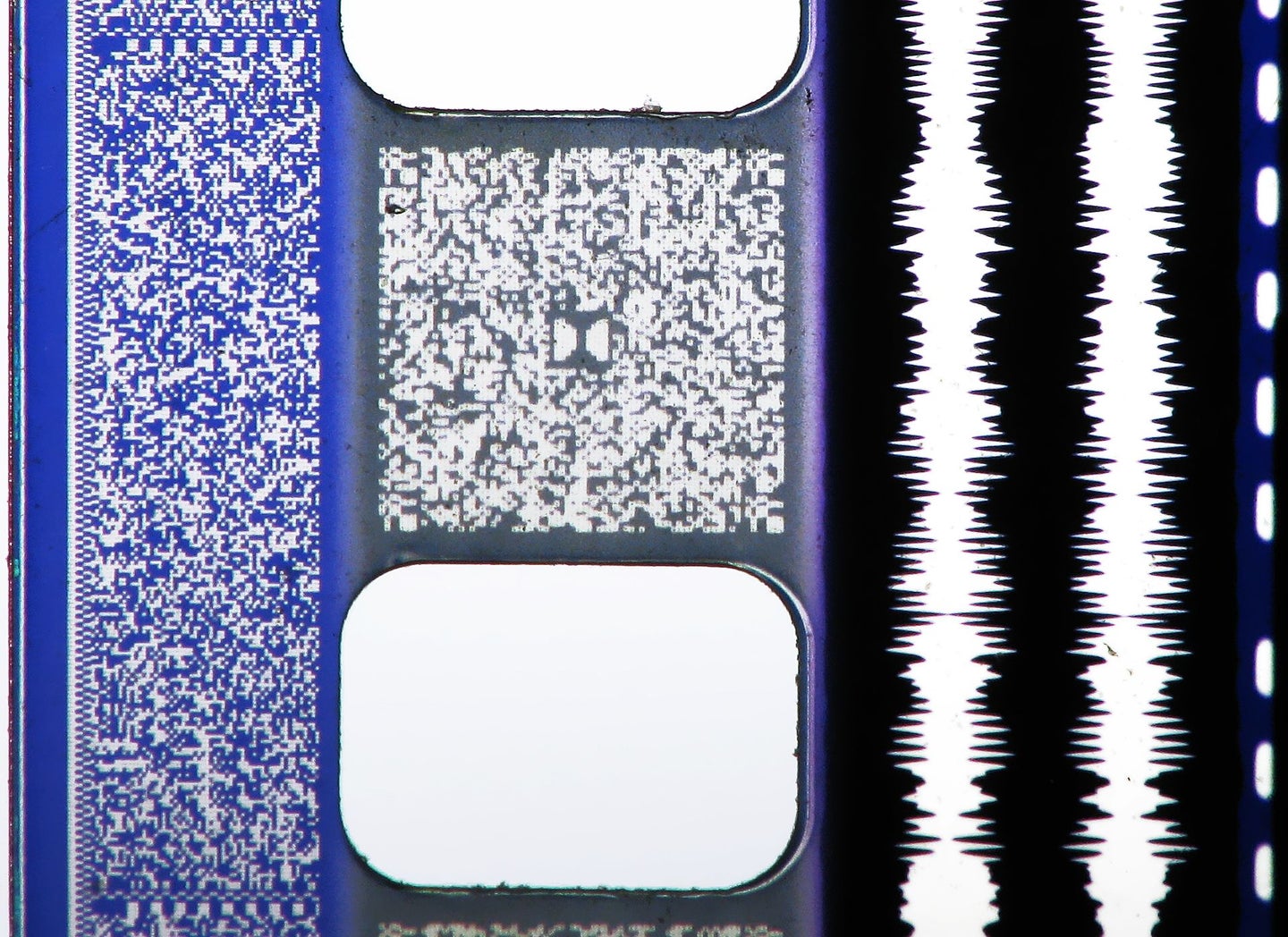 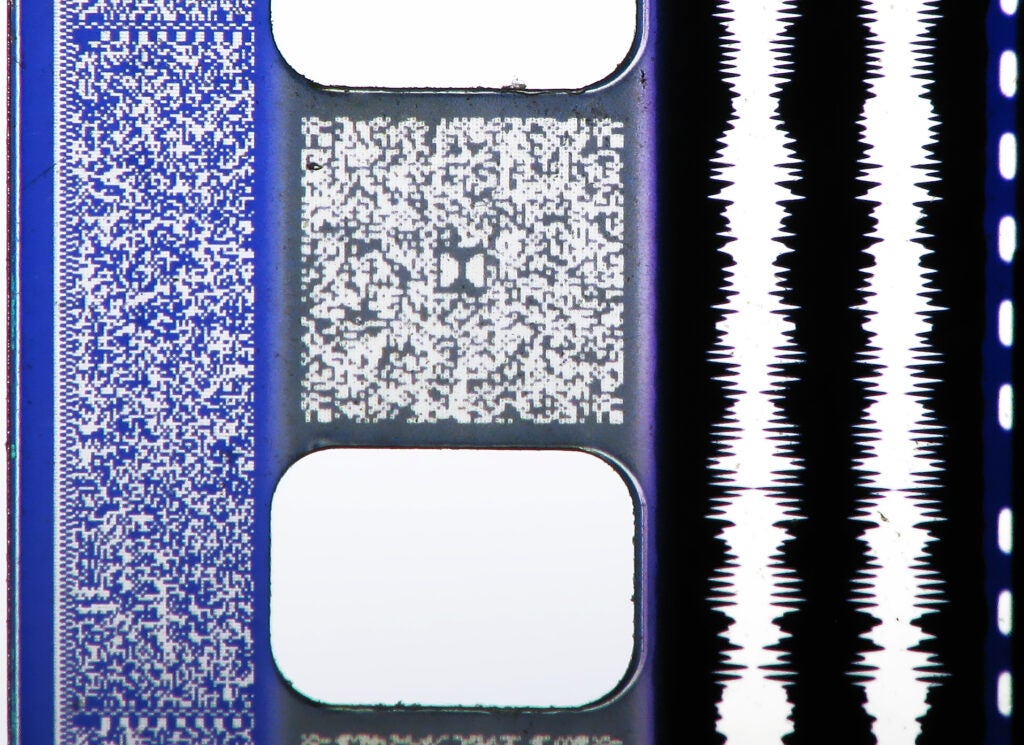 The sound track for the movie appeared on the film, which took up real estate on the substrate and affected the amount of picture that it could capture.

This story originally appeared in 2020. It has been updated.

After much delay, the Snyder Cut of Justice League has finally made its way onto the HBO Max streaming service. The four-hour movie has some quirks, perhaps the most noticeable of which is its relatively square aspect ratio. That 4:3 orientation has people thinking back to the days of those fat, square CRT TVs that faded away as flat panels came into prominence. In the case of the Snyder Cut, it seems likely it has to do with shooting for IMAX, which still embraces the taller, squared aspect ratio for its massive screens. But, in a way, it feels like a throwback.

After all, aspect ratios have changed a lot through the history of entertainment. Familiar ratios run the gamut from ultra-wide—like the sweeping 2.76:1 scenes of Ben-Hur—to the nearly-square 4:3 format used by movies, and then TV, for so many decades. This battle over screen formats has existed since the beginning of cinema, and the width of the pictures we see has a lot of determining factors, including biology and, most importantly, technology.

You can trace the original moving picture format back to Thomas Edison’s lab. Photographer William Dickinson shot moving images on typical 35mm film for use in a kinetoscope, which was like a projector, but viewers had to watch moving images through a small hole in the machine itself. Each individual photo was the height of four perforations that were cut into the film so sprockets in the camera could move it along as it was exposed.

The result was an image that was 0.95 wide by 0.75 inches tall. In 1909, the Motion Picture Patent company certified it as the standard in order to help keep things uniform for theaters, viewers, and companies that made cameras and projectors.

This format endured untouched until the late 1920s when films got sound. The soundtrack appeared optically on the film, which took up space on the film itself. In 1932, the Academy of Motion Picture Arts and Sciences decided to mask the top and bottom of each frame with a border to make room for the soundtrack on the film, which resulted in a familiar 1.37:1 aspect ratio, known as the Academy Ratio. Not much changed from the original 1.33:1 (expressed as width:height) format. Still, it’s an early example of changing technology causing a shift in film size.

Wide formats existed during these early years, but audiences—especially those in the theater—were accustomed to the square-ish format from the start.

At the dawn of 1950, fewer than 9 percent of homes had TVs, but that number grew to roughly 90 percent by the end of the decade. “When the television industry said ‘look, we’re going to copy your aspect ratio and lure your films onto our screens,’ the studios decided they would sell their films for smaller screens, but they needed to do something different,” says Michael Carmine, associate chair of technology at the NYU Tisch School of the Arts and veteran of film and TV production.

TV was cutting into the audiences that typically went to the theater to watch films. Because televisions used the boxy 4:3 aspect ratio from the start, it was a perfect fit for all the standard and popular films from the previous decades.

In order to differentiate themselves from the growing wave of screens in the home, movie companies started to go wide—really wide.

In 1952, a format called Cinerama debuted in New York City. It had as aspect ratio of 2.59:1—so wide that it required three cameras to shoot and three projectors to display on a severely curved screen. The process was hard to shoot, but audiences took to it. It was theatrical, with the first scene of a rollercoaster projecting onto curtains as they opened to show the enormous display.

With audiences adapting to wider formats in the theater, companies clamored to make something standardized. The arrival of the anamorphic lenses were a big technological milestone for film formats. These lenses essentially squish an image horizontally during capture, then expanded during projection to fit a wider picture on the same amount of film.

The wide format largely settled into a 2.35:1 aspect ratio of a technology that Fox called Cinemascope. The first film using the technology was 1953’s The Robe, which was a massive box office success. Cinemascope was widely adopted in the film industry, with the notable exception of Paramount, which used a format called Vistavision. Rather than compressing more image data into the same area, Vistavision pulled the film horizontally through the camera and exposed negatives that were eight perforations across. These bigger negatives led to smaller film grain on the images, which translated into higher image quality. It was, however, decidedly more expensive because of all the film it required. Some truly iconic films used Vistavision’s 1.85:1 aspect ratio, including Alfred Hitchcock’s classic Vertigo. Interestingly enough, flipping that 1.85:1 aspect ratio 90 degrees very closely mimics the vertical aspect ratio viewers get if you watch vertical video on the iPhone.

Patton’s most iconic scene embraces the wide format. It wouldn’t work like this in vertical.

Bigger negatives meant higher image quality, which led some filmmakers to reach for larger film stocks. The 70mm film used by Mike Todd to create the Todd AO format was much bigger than the typical 35mm film. Todd AO images used a 2.25:1 aspect ratio, which lent itself nicely to musicals like The Sound of Music and the iconic 1970 movie, Patton.

Perhaps the most iconic super-wide movie is the 1959 movie, Ben-Hur, which employed an Ultra Panavision aspect ratio of 2.76:1 on 70mm film. Many theaters couldn’t support the hugely wide format and showed it at 2.5:1.

With standard definition TV and old films using boxy 4:3, and movies from the theater ranging anywhere from the 1.85:1 standard to 2.35:1 widescreen images, the new HDTV format developed in the late ‘80s needed an aspect ratio that could accommodate both. The compromise was 16:9, which is the average of the two formats. That meant wide content would be letterboxed with black bars on the top and bottom, while boxier 4:3 content would get what’s called pillar boxing, which places bars along the sides of the image to fill the screen.

This is the standard that most HDTVs currently use, and it’s also common in smartphones like the iPhone 8 Plus. According to NYU’s Carmine, the industry saw this coming and it had a tangible effect on how studios shot TV shows going into the HDTV transition. “On Will and Grace, we would shoot full-frame four perf, but we knew the show would go to syndication, so nothing important went on the top or the bottom because we know at some point it would air in 16:9,” he explained. The tall format of IGTV fits a whole human body, or a square format video with a lot of interface laid over it.

If you have ever tried to view a movie on your phone in vertical orientation, you know it looks kind of ridiculous—it’s a small band of an image, which makes the rise of vertical video on smartphones seem like an obvious evolution.

In 2015, Snap pushed hard on its initiative for original vertical content and a wide variety of well-known media brands adopted—or at least attempted—to use the full potential of the skinny screen. In 2017, YouTube made its player compatible with tall shots.

Carmine explains that shooting vertically is extremely difficult for a typical cinematic shoot, in which filmmakers typically set up a pair of shots on a single scene. However, he does see the application, especially when it comes to marketing. “People are long,” he says. “The vertical frame fits an entire person.” He also explained that he has shot some vertical video as long as 10 years ago for fashion advertising campaigns in department stores.