It took clever engineering to get the stick shift working just right in the powerful car. 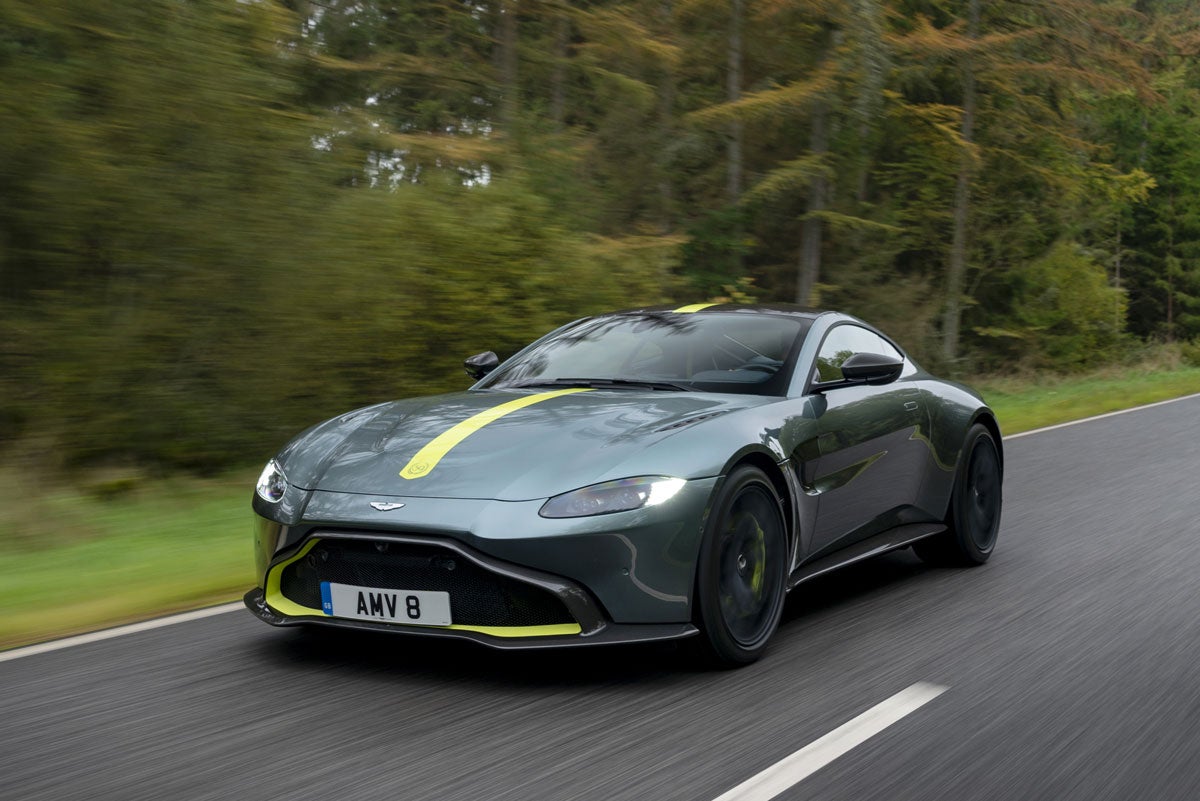 Watches that measure the passage of time by tracking the oscillations of a quartz crystal are cheaper, more durable and more accurate than those that tick off the seconds with a ratcheting, spring-driven flywheel. But the most interesting, expensive and sought-after watches are mechanical because only they can instill a sense of wonder. Similarly, the fastest cars employ automatic transmissions in which computers select the perfect gear ratio for the circumstances and use it to apply the ideal amount of power to just the right tire. But at least some of the most interesting, fun and sought-after cars have manual transmissions, because only they can instill a sense of mechanical wonder that is enhanced by a person’s active participation in the act of driving.

That’s the raison d’etre of the 2020 Aston Martin Vantage AMR. It is a new version of the famed British marque’s hot rod Vantage, introduced in 2018, that includes a manual transmission in place of the usual paddle-shifted automatic. The original car proved its mettle when we tested it at Portugal’s Portimao circuit on its debut, and it left no question as to the effectiveness of an automatic gearbox in a sports car turning laps around a racetrack.

The Vantage AMR is a special edition, with a limited production run of just 200 unique cars this year, differentiated from regular Vantages by their own color palette and an array of standard features that are optional on other models. No worries if you’re feeling like you might not be quite ready to pull the trigger on the purchase of one of these before they sell out; the AMR’s manual transmission becomes a regular stand-alone option next year, so it will still be possible to get a three-pedal Vantage even without being a member of the privileged few AMR owners.

The transmission in question is the same Graziano 7-speed used by Aston’s Vanquish V12S, which would reasonably lead us to believe that it is a simple swap to bolt that gearbox into the Vantage. But, that is not the case.

First of all, the manual transmission and its clutch are unable to withstand the full fury of the 505 lb.-ft. of the twin-turbocharged V8 engine’s torque in the automatic transmission car, so it is detuned to 461 lb.-ft. for duty in the Vantage AMR in the interest of preserving the driveline. Peak horsepower is unchanged at 503 hp.

“It is a long, long process,” explained driveline engineer Ray Brown. “You already have the gearbox, but you can’t just bolt it in.” If there is an example of how the devil can be in the details, tuning a transmission, shifter and clutch for a sports car is it. “It is all small tuning,” he said. “It is an art. There is a lot that can make it bad.”

The engineering team said that effectively damping driveline resonance of the bolted-together engine, torque tube and gearbox was the top challenge. They mixed and matched mounting bushings to find the best hardness, and installed a dual-mass flywheel to help absorb shocks as the driver dips into and out of the throttle.

The shift lever length and throw distance, shift effort and detent strength were all variables they juggled through trial and error. After too many times back and forth between evaluators and engineers, Brown said he gave them the shifter with a stack of washers for spacing the length and told them to set it at the preferred throw length themselves.

It came within a millimeter or so of the Vanquish V12S’s shifter, but is not exactly the same, he shrugged. Perhaps only those persnickety test drivers know why they vary by a distance indiscernible by most of us.

The Vantage’s footwell is shorter than that of the Vanquish, so to get appropriate clutch travel and pedal feel, Aston turned to AP Racing for a dual-piston master cylinder that can displace enough fluid on just a short pedal stroke. F1 drivers rejected the dual-piston clutch master cylinder, but it has become popular with German Touring Car drivers, according to Aston.

In use, the clutch pedal effort is light, but feel for the engagement point is excellent, making it easy when starting on hills or maneuvering in tight spaces. The shifter is maybe a tougher challenge, because with seven forward speeds and reverse, there are four fore-aft gates on the shifter’s ‘H’ pattern, which squeezes them tightly together.

That can make it challenging to hit the right gear. First gear is very low, so Aston moved it off the main ‘H’, putting it below Reverse on the far left side and adding some additional spring pressure to that gate to let drivers know that it isn’t third gear. Getting first when aiming for third could be disastrous, so it is important to get it right.

Because it is easy to start off in second gear under most circumstances and drive the Vantage AMR as a 6-speed, ignoring first gear, I think an even stiffer spring would be helpful or even a traditional reverse gate lockout, so that first gear is really only ever selected in parking lot situations where you’re also likely to use Reverse.

Recognizing the importance of finesse to the process of driving with a manual transmission, Aston also reduced the assistance provided by the booster for the Brembo brake system. Making the brake pedal a little less sensitive to light pressure makes it easier to brake smoothly while conducting a heel-and-toe downshift using the same foot to brake and press the accelerator.

Alternatively, the Vantage has automatic rev matching available to take care of the throttle on gear changes. But the pedals are well placed and the pedal effort and travel make it easy to heel and toe, so letting the computer rev the engine on gear changes seems self-defeating if the point was for the driver to be involved and controlling the variables directly. It is easy to turn rev-matching off by pressing a dedicated button on the center console, so there’s no navigating layers of on-screen menus so drive the Vantage yourself.

Another aspect of DIY is Aston’s substitution of a traditional mechanical limited slip differential in place of the automatic car’s computer-controlled e-differential.

To adjust for the reduced weight, Aston engineers softened the rear springs, revalved the shocks and installed a stiffer rear anti-roll bar to maintain a neutral handling balance.

The Vantage AMR’s top speed is 200 mph, and it accelerates to 60 mph in just 3.9 seconds. On the open Autobahn, the AMR was very comfortable and steady at 125 mph. By 150-160 mph, the car distinctly tracks the very subtle ruts in the lanes carved by trucks, making it seem less comfortable. We topped out at 170 mph, which was a situation that demanded very full attention of the sort that probably wouldn’t be comfortable to maintain for extended periods. But 140 mph felt like an easy all-day pace in the AMR.

And that is the point of a beautiful grand touring coupe like the AMR. Driving one is meant to be a sensory experience that involves the driver, but not one that punishes the driver and passenger. The AMR’s manual transmission provides a greater degree of involvement, while the car’s carefully tuned suspension and steering make it easy to drive briskly for hours on end.

It is certainly more interesting than driving the quartz watch equivalent, even if such a watch might indicate that the AMR is a tick slower than an automatic transmission Vantage.