Joyce always did drone on and on 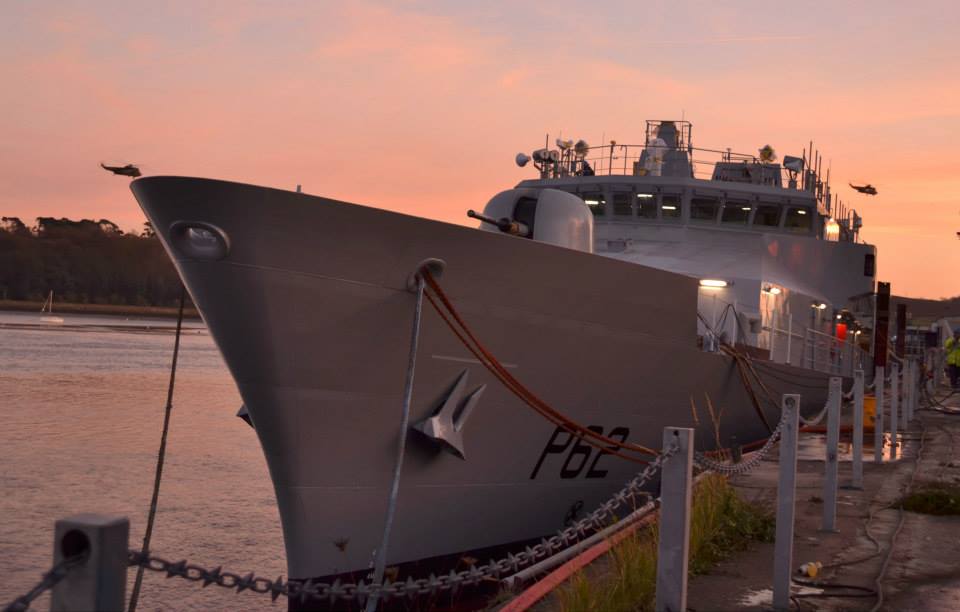 Saint Patrick may not have driven the snakes from Ireland, but a pair of warships named for Irish novelists are keeping them out. Prefaced with “Long Éireannach,” meaning “Irish Ship”, the patrol vessel L.E. Samuel Beckett will be joined by its sister ship the L.E. James Joyce this May, if commissioning goes ahead as planned. And when Joyce goes to war, he’ll bring along a host of robots.

L.E James Joyce is an “offshore patrol vessel.” These ships surveil the exclusive economic zone off Ireland’s coasts, extending toward Great Britain in the East and into the Atlantic in the west. It covers over 158,000 square miles in area. To cover all that territory, Joyce will fly drones. Which drones exactly haven’t been specified, but there are a few possibilities.

In 2013 the Irish Naval Service ran a practice exercise using Israeli-made Orbiter drones, the same ones Israel’s navy has launched from the decks of ships. The naval version of the Orbiter requires a small catapult on deck to launch it. SkyTec Ireland may also be developing a drone for the Irish fleet to use. Besides the drones in the sky, Joyce will also launch and control small robot submarines.

The rest of the ship will be more traditional fare. Like the Beckett before it, Joyce will be almost 300 feet long, powered by two diesel engines, and have a top speed around 26 mph, though it will more often patrol at around 17 mph. Its armament consists of a large Italian-made OTO Malar 76mm rapid-fire cannon, two smaller German-made rapid-fire cannons, and several machine guns. After it is commissioned in April, the L.E. James Joyce will, in the words of Joyce himself, serve Ireland on “The sea, the snotgreen sea, the (unprintable) sea.”