Flying snakes could inspire a new generation of airborne robots 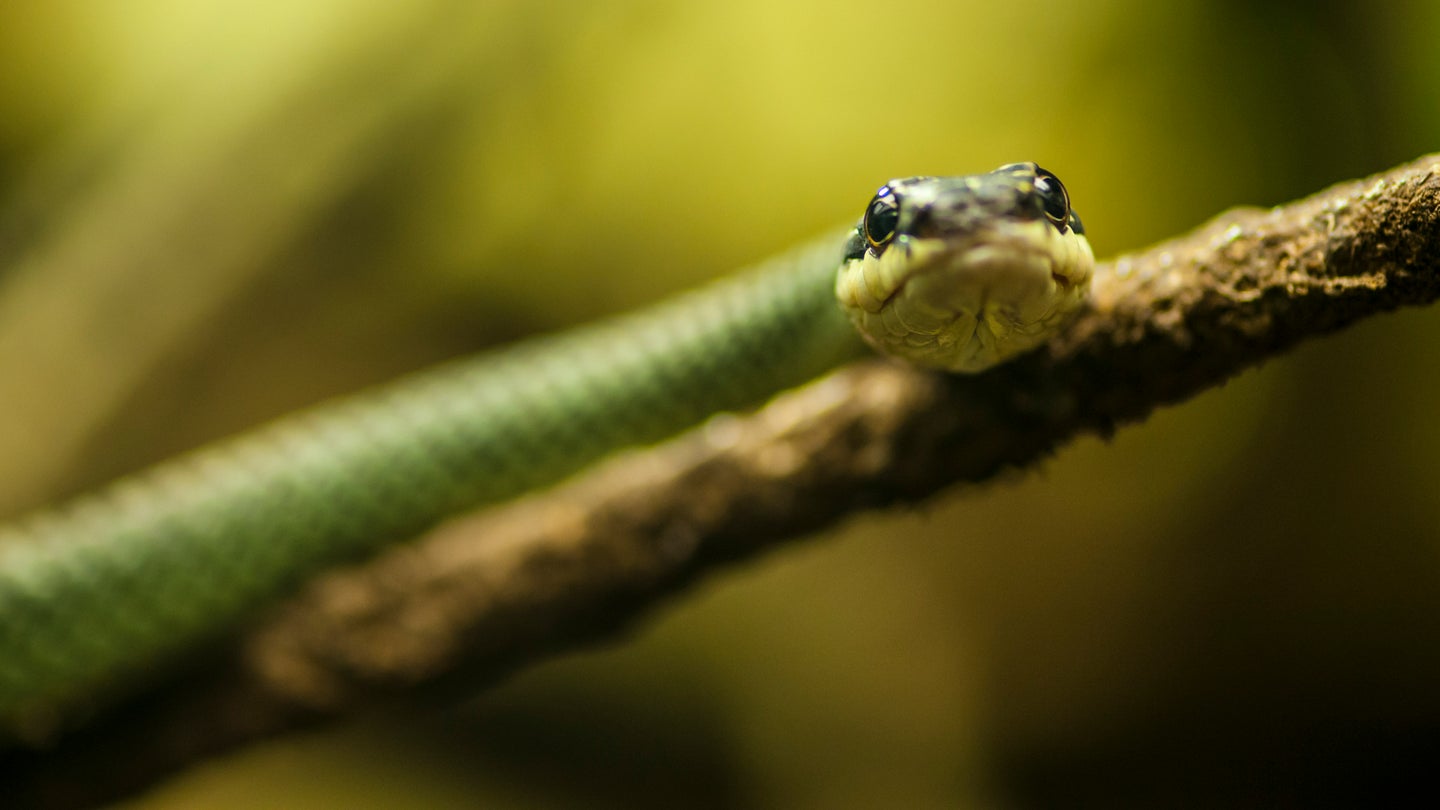 The paradise tree snake belongs to a particularly unique family of serpents capable of “flying” through the air, likely much to the dismay of anyone suffering from ophidiophobia. After launching themselves from tree branches in southeastern Asia, the Chrysopelea paradisi flattens their bodies to become more aerodynamic, then undulates in a specific pattern to soar as far as 25 meters in a single flight.

It’s an impressive feat, but not necessarily the first animal you’d expect scientists to  mimic when designing new robots. A team of researchers from both University of Virginia and Virginia Tech, however, recently saw potential in the snake’s talent, and used computational analysis to break down its movements’ intricacies for potential future advances in robotic mobility.

In a paper published with Fluids in Physics, the group first gathered data from high-speed video recordings of flying tree snakes, which they then fed into a computational program designed to analyze the minutiae of their movements. As it turns out, the snakes’ undulations utilize the same airflow mechanisms as an everyday frisbee—like the flying disks, the snakes generate a high-pressure flow underneath their bellies with a low-pressure region providing a suction force above their backs. This differential allows the snakes to earn its “flying” moniker.

“The snake’s horizontal undulation creates a series of major vortex structures, including leading edge vortices, LEV, and trailing edge vortices, TEV,” Haibo Dong, a researcher at the University of Virginia and paper co-author, said in a statement. “The formation and development of the LEV on the dorsal, or back, surface of the snake body plays an important role in producing lift.”

One surprising find was that the trick to soaring distance resides in the frequency of the flying snakes’ side-to-side movements while in the air. Generally, serpents like the paradise tree snake writhe between one and two times per second as they travel between tree branches or to the ground, typically to evade predators. While they hypothetically could do so faster, the increased movement ostensibly would throw them off balance, resulting in decreased aerodynamics.

Unfortunately, the researchers aren’t testing any robotic flying snake prototypes at the moment, but the recent analysis provides future designers a wealth of information to make such creations a very real possibility. When they finally arrive, you can add them to the menagerie of animal-inspired bots, alongside dogs, spiders, and octopuses.