After the dinosaurs, Earth became an all-you-can-eat buffet for snakes

The scaly opportunists were quick to broaden their diets after the mass extinction. 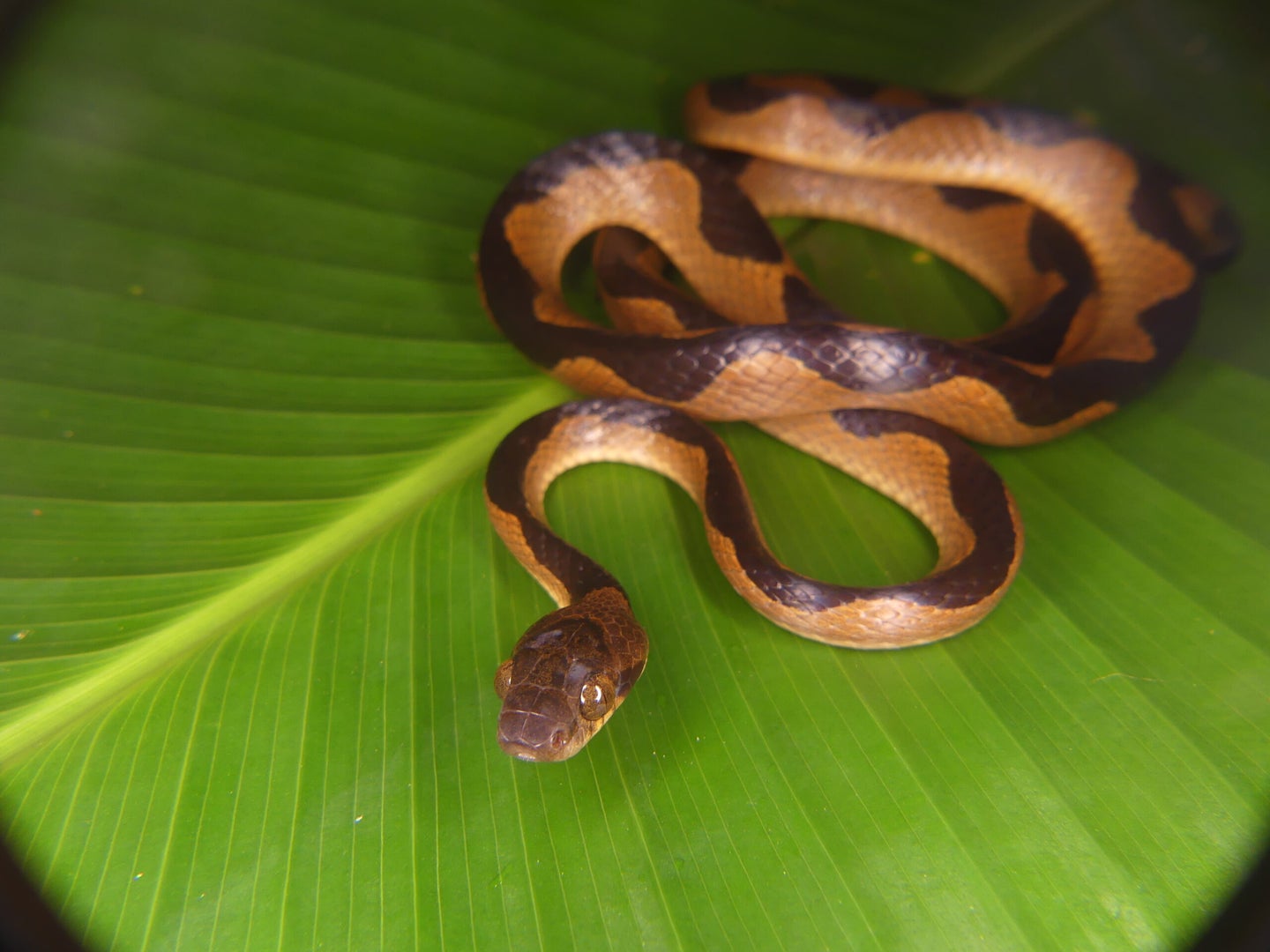 Early snakes slithered into newly vacant ecological niches and rapidly evolved the ability to go after a wide array of prey. Dan Rabosky, University of Michigan Museum of Zoology
SHARE

When it comes to snakes, the modern world offers an embarrassment of riches. There are almost 4,000 different snake species alive today, placing the group not far behind mammals in terms of diversity. The snakes are also varied in the types of food they prefer to consume: Some feast only on earthworms, while others can swallow an entire deer.

“T​​hey just have an astounding variety of diets,” says Michael Grundler, a postdoctoral researcher in ecology and evolutionary biology at the University of California, Los Angeles. He and his colleague Daniel Rabosky, of the University of Michigan, wanted to know how this group became so diverse and successful.

When they analyzed both the diets and the evolutionary relationships amongst hundreds of present-day snakes, the pair found that the mass extinction that finished off the dinosaurs was a game-changer for the limbless reptiles. Early snakes slithered into newly vacant ecological niches and rapidly evolved the ability to go after a wide array of prey, the scientists reported on October 14 in the journal PLOS Biology.

Little is known about the earliest chapters of snake evolution because the animals are rarely preserved as fossils, Grundler says. So he and Rabosky used information from living species to probe their history. They gathered more than 34,000 reports of the diets of 882 species based on observations of wild snakes and dissected museum specimens. The researchers also drew upon family trees determined from the genetics of modern snakes.

“With those two pieces of information we can make inferences about what extinct species might have looked like long ago,” Grundler says. The team used mathematical models to reconstruct how quickly these ancestral snakes might have changed through time as their diets shifted.

The earliest snakes were probably insect-eaters. However, by the time the dinosaur-killing asteroid arrived 66 million years ago, they’d branched out a bit to dine on vertebrate prey.

“Shortly after that event we find a signal of a big explosion in dietary diversity,” Grundler says. “The survivors of that event went on to evolve this huge range of eating styles that we see today.”

After this burst of activity, many groups also changed their diets very quickly when they journeyed to new locations. One particularly striking example is the dipsadine snakes, a subfamily with more than 700 species that include hognose snakes and false coral snakes. After arriving in South America, “They just exploded in their dietary diversity in a relatively short period of time,” Grundler says. “They evolved to specialize on earthworms, fishes, frogs, slugs, eels—even other snakes.”

On the other hand, some groups of snakes evolved far more slowly. Blind snakes, which feed mainly on colonial insects like ants and termites, appear to have had similar diets for tens of millions of years, Grundler says.

The findings highlight how opportunities such as the disappearance of hungry competitors (and the rise of rodents and other delicacies) and moving into new habitats “shape evolutionary fortunes,” he adds.

For snakes, this led to a spectacular collection of adaptations for dining on mammals, birds, fish, amphibians, other reptiles, and a host of invertebrates. The emergence of venom allowed vipers and other ambitious snakes to bring down prey that might otherwise be too dangerous for them to subdue.

There were also more unusual developments; members of the Pareinae subfamily in southeast Asia that dine exclusively on snails have more teeth on one side of their jaw than the other. This makes it easier for the snakes to “get in and rake the body of the snail” to extract the hapless animal from its asymmetrical shell, Grundler says.

At the same time, he and Rabosky observed, even snakes that are apparently specialized for one kind of prey have been known to gobble up other animals that come their way. This capacity for adventurous eating may have helped early snakes innovate and thrive throughout their history.

While the new analysis covers all the major snake families, Grundler says, it only includes around a quarter of known species. “There’s thousands of species of snakes for which we know very little,” he says. “We still have a long way to go.”

“This [work] all relies on living species,” Grundler says. “If we’re able to get better observations of diets of fossil snakes and include those in our analysis, that would be really important to do.”