Sometimes the best grabbing tool is a bunch of worm-like noodle fingers. 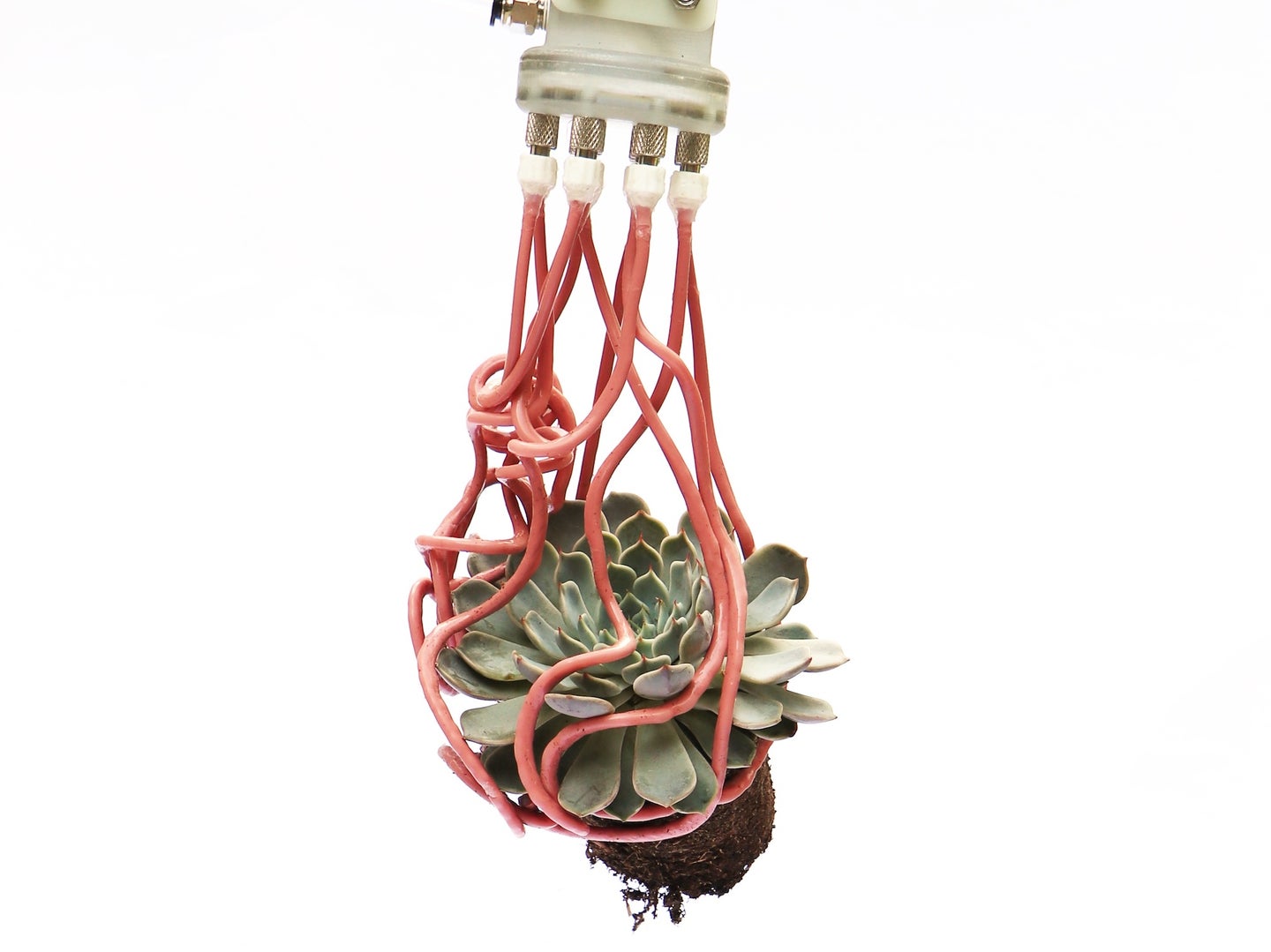 Harvard researchers, presumably to get into the Halloween spirit of things, have unveiled a horrifying new robotic arm with tentacle fingers capable of grasping extremely delicate objects like houseplants and glassware. The engineers at the university’s John A. Paulson School of Engineering and Applied Sciences (SEAS) used hollow rubber tubing to craft a robot hand featuring what looks like flesh-colored spaghetti that can coil around, or in, its subject before winding back up into a wormy, curly tangle. Watch Harvard’s video below to see the bizarrely delicate creation in action.

Robot arms often attempt to mimic human hands, which are evolutionarily primed for grasping objects thanks to our fingers and opposable thumbs. That said, our mammalian mitts are pretty complicated biological tools, and as such, are difficult to fully mirror with even some of the most advanced robotics. Instead of optimizing neural networks, sensors, feedback loops, and artificial intelligence systems, however, Harvard’s project leads relied on some relatively basic concepts like inflatable tubing. “The gripper relies on simple inflation to wrap around objects and doesn’t require sensing, planning, or feedback control,” reads Harvard’s recent writeup.

Researchers came up with the idea from studying other animals—in this case, the anatomy of creatures like octopi and jellyfish. Octopus arms don’t inflate, but instead relying on musculature and immensely powerful suction cups with “piston-like” grip abilities, while jellyfish tentacles rely on neurotoxin venom to stun prey ensnare them. Combine the muscular flexibility of octopus with the tangling abilities of a jellyfish, and you start approaching Tentacle-Bot.

“Taking inspiration from nature, [researchers] designed a new type of soft, robotic gripper that uses a collection of thin tentacles to entangle and ensnare objects, similar to how jellyfish collect stunned prey,” the announcement continues, which isn’t disturbing in the least.

While each individual noodle is relatively weak, a group of them acting together can securely grasp items without damaging them in the process. The developer team hopes their invention could soon have real-world applications in industrial settings like agricultural production and distribution of even the most delicate tomatoes and bananas. One day, the wiggly robot could work within the medical field when handling delicate tissues.