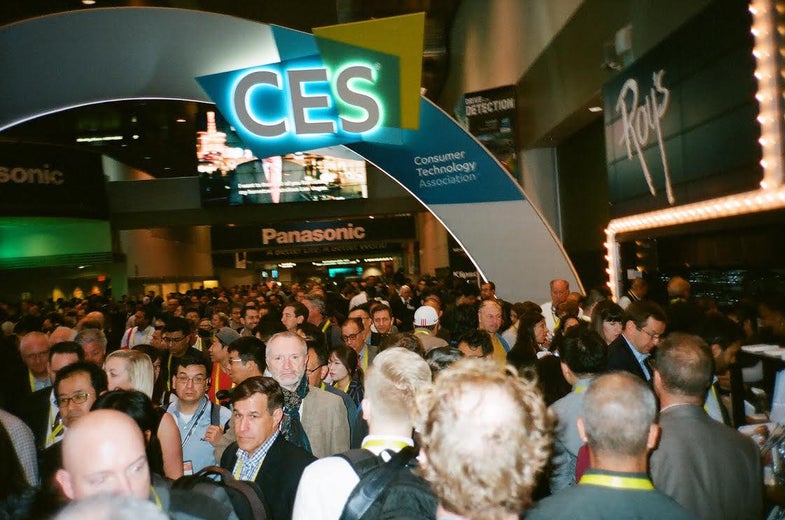 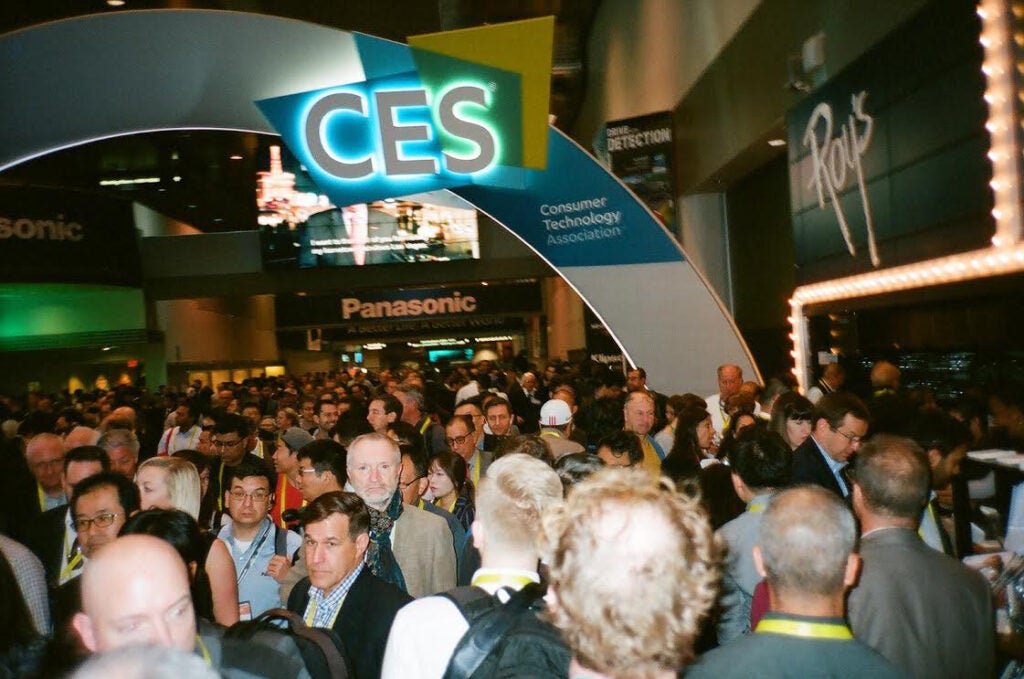 This is a good approximation of what it’s like to go to CES.

Every year, once the New Year’s confetti has been vacuumed up from Time Square and Santa is deep in the heart of his post-Christmas cruise, the Consumer Electronics Show kicks off in Las Vegas. It’s a hearty stew of media, analysts, and just about every consumer electronics company (except for Apple) that provides our first opportunity to see this year’s new gadgets.

We’re keeping up with CES from the secret PopSci hover-office that’s currently parked in New York. So, kick back with us and we’ll guide you through the waves of new products, from cool and innovative, to stupid and—well, there’s a lot of really stupid stuff. Here we go. 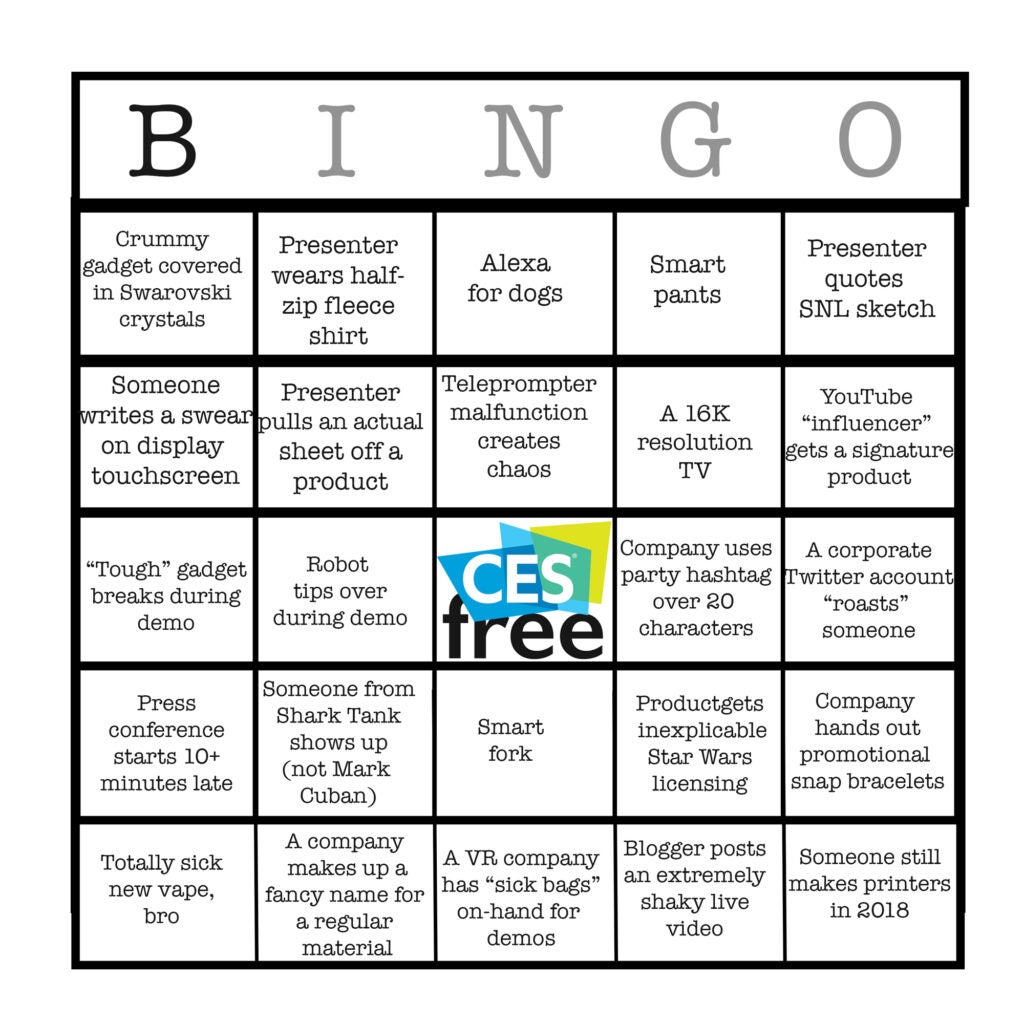 There are three Bingo cards from which you can choose! Find the other two at the bottom of this article.

The never-ending parade of new gear can get a little monotonous, even for serious gadget nerds like ourselves, so we’re spicing up this year’s CES with some custom bingo cards. Pick a card (there are two more below), then check off boxes as things happen. There’s no prize except for the personal realization that CES is both a fun expo of new tech and a profane shrine to abject consumerism. Fun!

Samsung made a TV that’s a wall 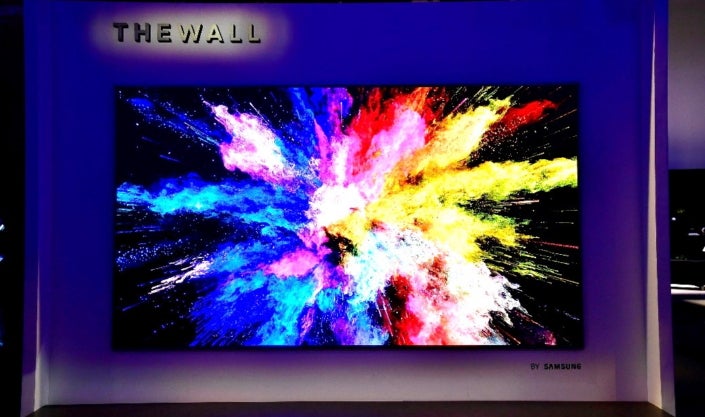 I remember years ago, I saw a crazy 100-inch plasma TV at CES. It didn’t look great and it generated enough heat that I worried it would melt through the floor of the Las Vegas Convention Center and travel straight down to the earth’s core. In 2018, however, Samsung revealed a 146-inch, 4K TV it calls The Wall. It’s a concept at the moment, but it uses MicroLED lights that mimic the dark blacks and deep colors of OLED. Hooray for more TV backlight tech. 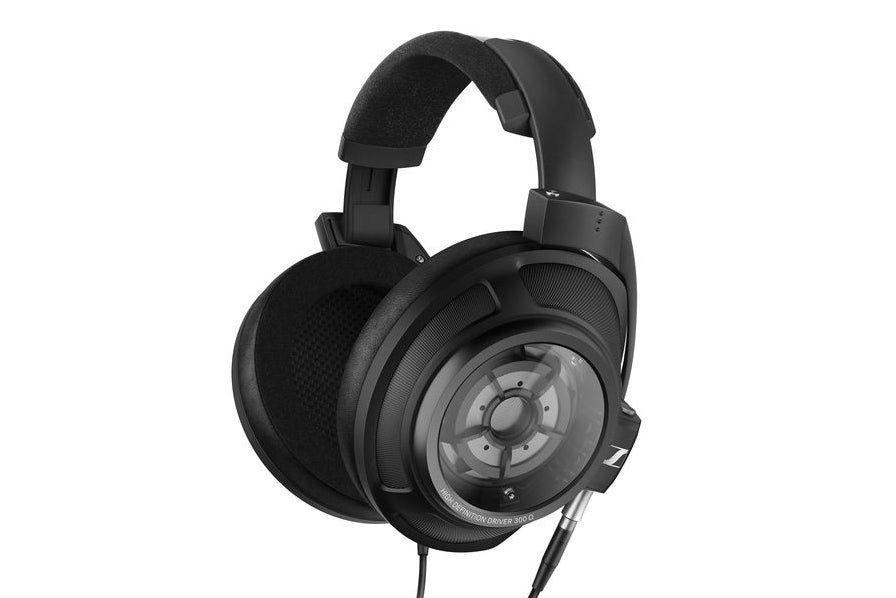 These headphones even look expensive.

High-end headphones like Sennheiser’s old HD 800 cans often use an open design that spews sound toward your ear and out into the world. The set-up cuts down on distortion and unwanted reverberations, but isn’t very private. The new HD 820 headphones promise similar fidelity in a closed-back headphone, which would be quite an accomplishment. Or, you could just buy a used Toyota Corolla and listen to your music while sitting in it for roughly the same price.

Bose headphones are getting harder to lose 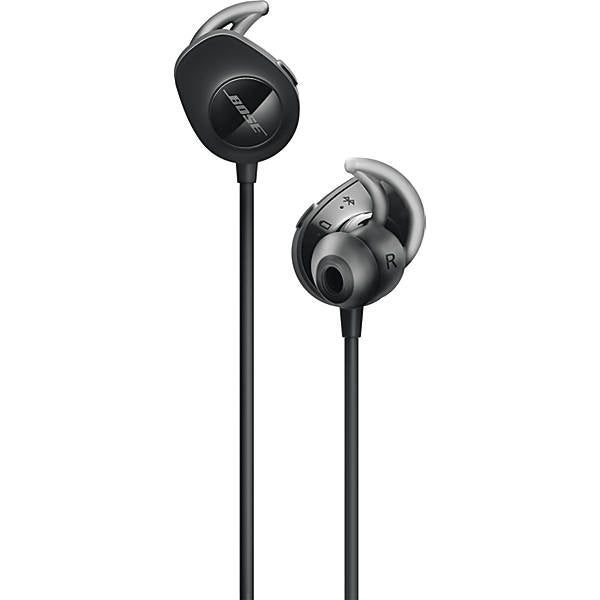 Bose headphones are getting harder to lose.

Tile is an adorable little dongle that goes on something you’re likely to lose—like your keys—and lets you track it down using an app. Now, Tile is partnering with other companies to integrate its tech, the most notable of which is Bose. The company’s SoundSport Wireless and QuietControl 30 headphones will have Tile tech integrated from the start, which actually sounds like a pretty great idea.

GE will put another screen in your kitchen 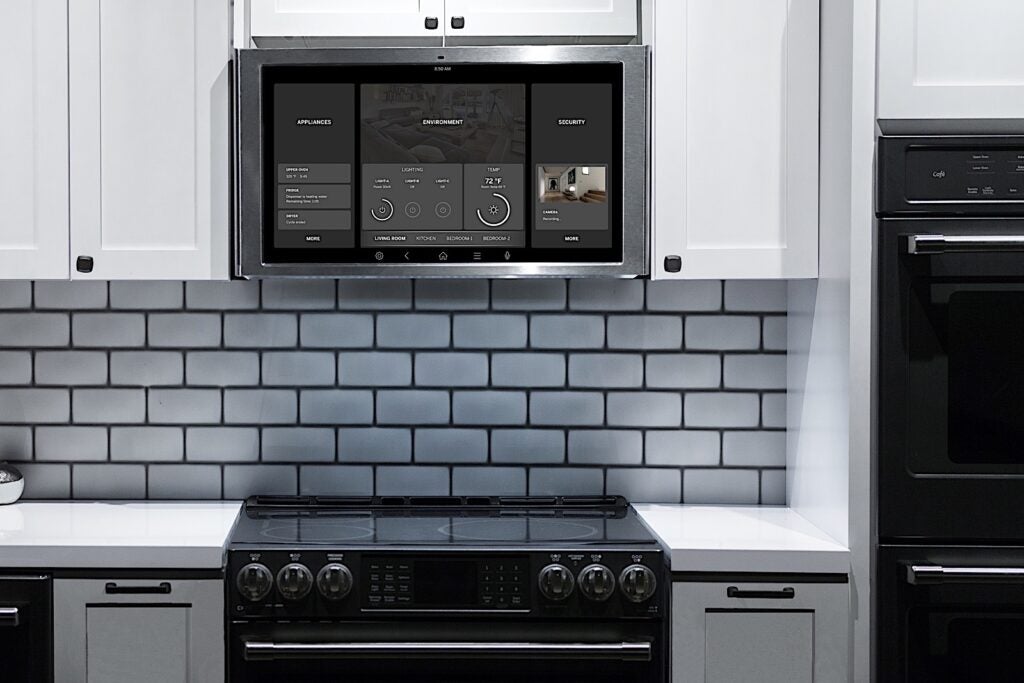 That’s a good place for a display

Jack Donaghy from 30 Rock would be so proud of this GE kitchen TV.

In the never-ending quest to find more places to put screens, GE made a 27-inch display that reacts to voice commands and hand gestures and is designed to go right above your stove. It can make video calls and show you information about stocks and weather, all while you interact with scalding hot surfaces and containers of boiling water. 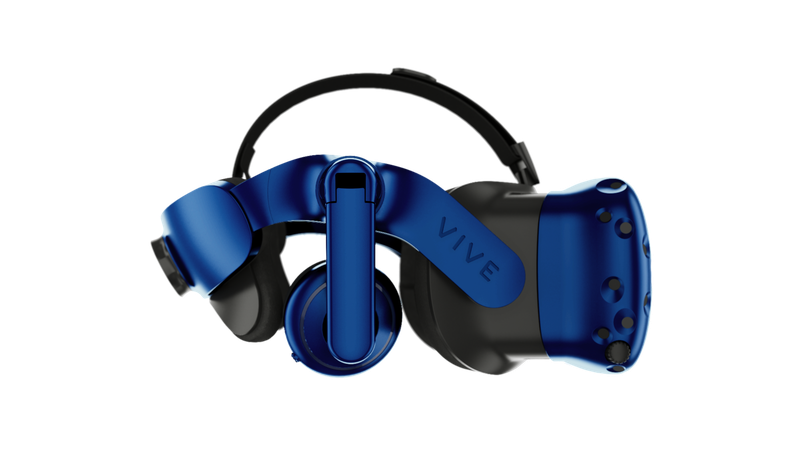 Virtual reality news is coming this week from CES, but HTC is the first out of the gate. Its Vive Pro headset now has a 2880 x 1200 pixel OLED display for each eye, which is more than a 70 percent increase over the previous version. The headband also now has built-in headphones so you don’t have to suit up your head like a medieval knight putting on armor every time you want to head into magical VR land. No pricing yet, but it’s set to hit the market in Q1 of 2018.

LG’s OLED TV rolls up into a tube

Flexible displays have been on display at CES in some form or another for more than half a decade, but LG has taken them to their logical conclusion. This 65-inch OLED panel rolls up into a tube like a taquito or a cannoli (I’m really hungry). Despite its contortionism skills, it still provides everything you’d expect from an OLED screen. It’s currently only a prototype, but before you know it, we’ll be pulling these down from our ceilings like elementary school teachers when it’s time to watch a filmstrip. 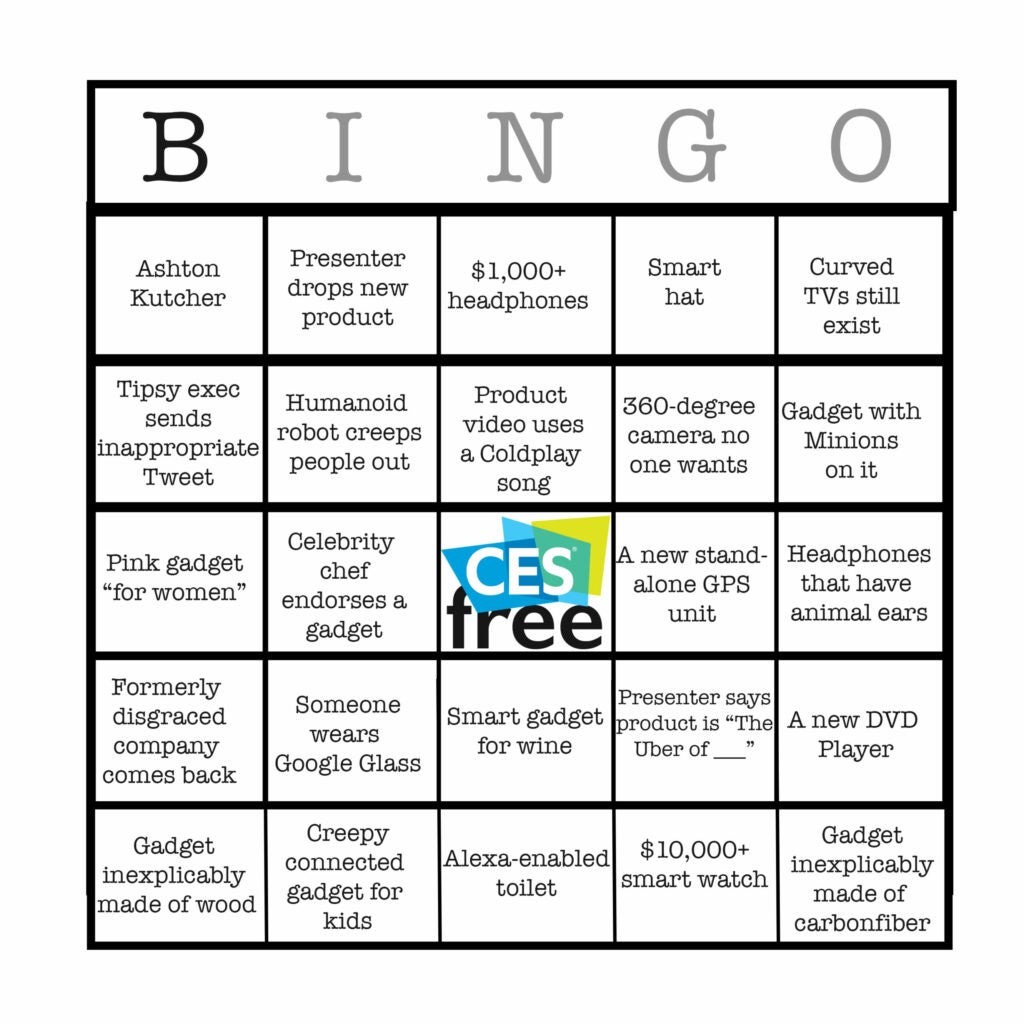 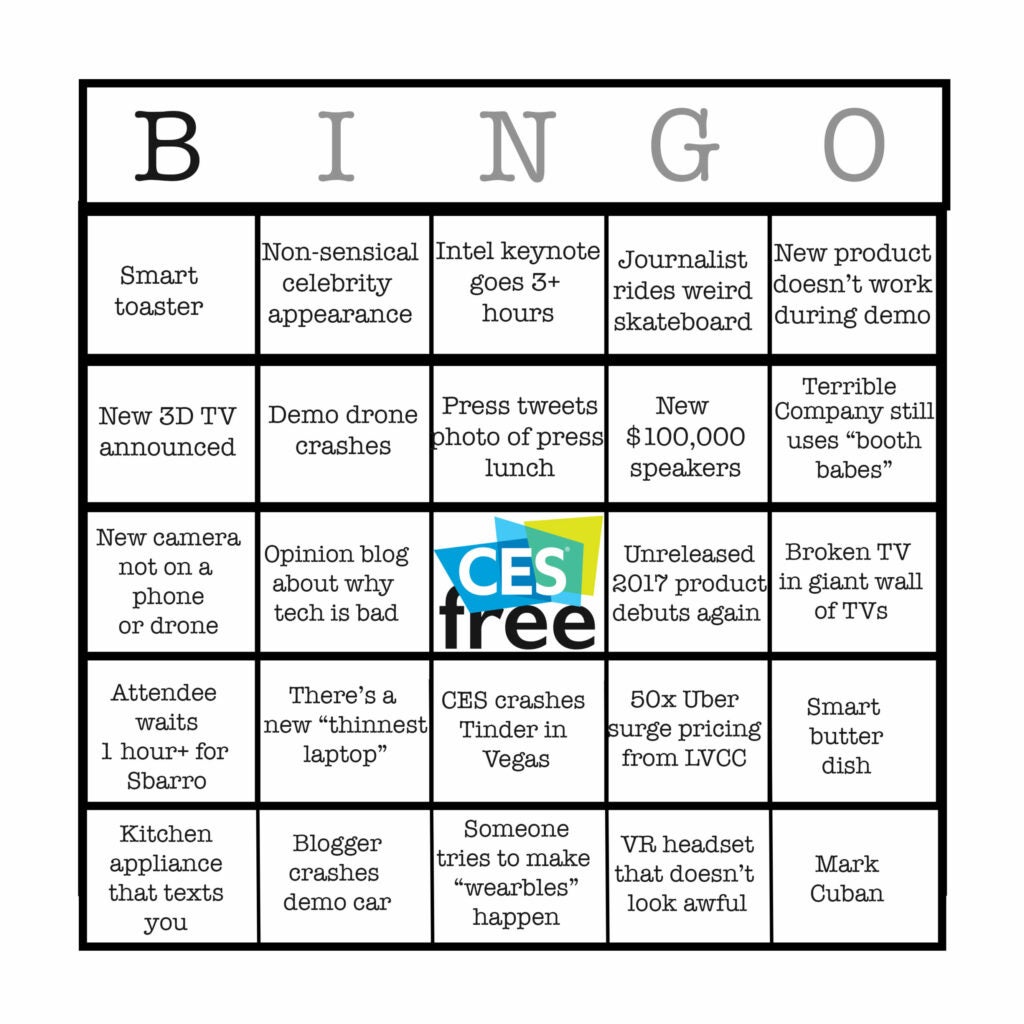 You can play all three cards if you want. There really aren’t any rules and half the boxes are jokes anyway.
Stan Horaczek