The EU wants everyone to use USB-C chargers—including Apple

A proposal from the European Commission could have a big effect on Apple's phones, which rely on a Lightning connector for charging. 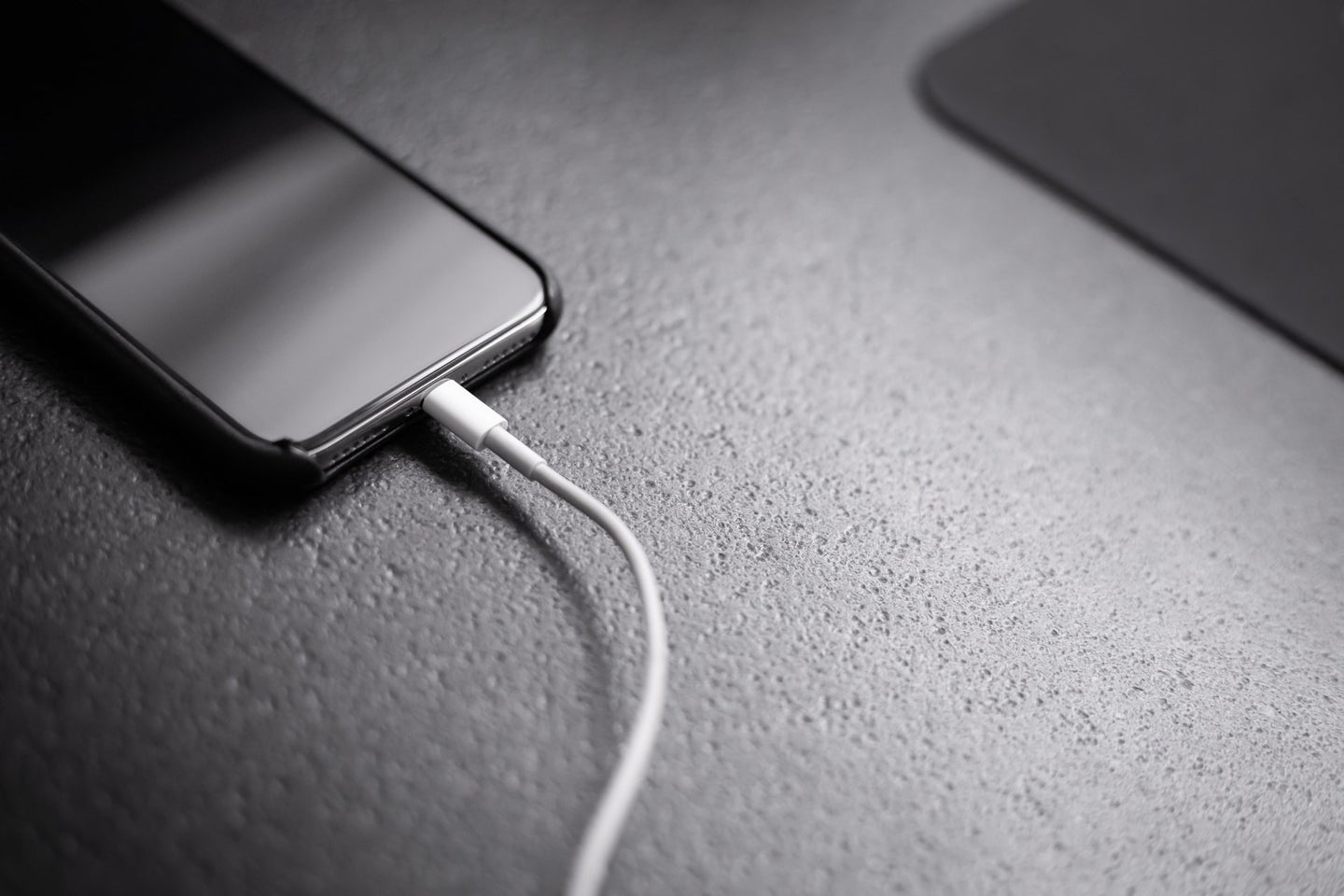 The European Commission may vote that all devices sold in the EU are chargeable via USB-C. Photo by Andreas Haslinger on Unsplash
SHARE

If you’re an iPhone owner, check out the spot where you plug in your charging cable. That port only accepts an Apple-designed Lightning connector. But there’s a chance that that could change someday, if the European Union has anything to say about it.

The European Commission is proposing that all devices sold in the EU come with a USB-C charger. This measure, designed to fight electronic waste and make life easier for consumers, will likely affect Apple, which still uses its proprietary Lightning charging cable, the most.

“My guess is that they’re going to be able to successfully implement this,” says Aaron Perzanowski, a law professor at Case Western Reserve University, “despite the fact there’s certainly going to be a lot of pushback from electronics companies.”

Here’s what you need to know about these design mandates, and how Apple might respond.

What is the proposal?

In 2019, 53.6 million tons of electronics were discarded. That could grow to 75 million metric tons by 2030, according to one estimate. The European Commission has been working to tackle this growing problem for years, and in 2021, the Commission implemented a first round of eco-design mandates for goods such as washing machines and dryers, specifying that their parts must be able to be replaced using ordinary household tools.

This latest round of proposed regulations, which is likely to pass when the European Parliament votes on it, could have a sweeping impact on iPhones worldwide. It will also affect headphones, cameras, and videogame consoles. “Apple is very unlikely to build one iPhone model for the European market, and another iPhone model for the US market,” says Perzanowski. “So there’s the possibility here that the European Commission is not just making a decision for Europe, but for the rest of the world.”

There have long been efforts made to adopt a common charging standard. In 2009, a number of companies, including Apple and Samsung, signed an agreement to use micro-USB chargers for their phones. At the time, Apple only provided a micro-USB adaptor for their iPhones, which fit into the phone’s existing 30-pin connector port, instead of switching to micro-USB chargers like other phone companies did. Apple introduced the Lightning connector in lieu of the 30-pin system in 2012.

Perzanowski compares this possible European rule to the seat belt mandates of the 1980s, which car companies originally protested to but were forced to accept. “Industry may not like it but they learn to live with it and learn to work around it,” he says.

Apple still uses their proprietary Lightning cable on all their phones, while most Android phones have seen their Micro-USB chargers replaced with a USB-C option. While some iPad models do use a USB-C, as do some Macbooks, no iPhones do.

“Apple is pretty clearly the target here,” says Perzanowski. “This regulation would require Apple to very quickly change the design of whatever iPhone is coming down the pipeline next.”

Apple, of course, takes tremendous pride in its design, and doesn’t want to cede ground when it comes to mandates in that space, says Perzanowski. In the United States, Apple has very aggressively pushed back against Right to Repair laws on a state level, but their strategy may not work as well abroad, where Perzanowski says there’s more of a stomach for direct regulation of design choices and less overall skepticism of government intervention.

What are the downsides of USB-C ports?

“There is a slight concern that I have that manufacturers who are trying to innovate in hardware may be a little bit stifled by this,” says Sean O’Brien, founder of Yale’s Privacy Lab, describing how years from now, people might complain about being stuck with USB-C, because the regulations did not allow the flexibility required to create a new charging standard.

But this regulation would only apply to devices with charging ports. In a press conference, EU commissioner Thierry Breton noted that “there is plenty of room for innovation on wireless,” and many experts think this could push Apple to simply release a line of portless phones that charge only wirelessly. This could lead to new privacy concerns, like side-channel attacks, for consumers. “More and more phones are moving to a world where we don’t have physical ports anymore for anything,” says O’Brien. “That’s certainly something that’s been led by Apple, not having an aux plugin for audio.”

Ports allow for better interoperability between phones, says O’Brien. Third parties can create items that plug into these ports, these ports can link to other machines, and without them, the iPhone’s abilities can be limited.

Another unintended consequence of this proposal is that the faster rollout of this wireless charging technology may create a new kind of electronic waste, as people throw out their cables and purchase new charging pads, says Perzanowski.

How could Apple be affected by this?

O’Brien, who sees the proposal as likely to pass, doesn’t imagine Apple will suffer too much as a result.

“Apple’s entire model is about vendor lock-in and getting people really comfortable in the Apple world,” he says. “Once you get into that world, once you have a Mac and an iPhone and everything else, you tend to not leave that world.”

Perzanowski points out that this could open the door to further right to repair regulations, like implementing user-replaceable batteries. “There’s an effort to make things last longer, make things easier to repair, make parts easier to swap out,” says Perzanowski. “And I think this USB-C rule is part of that.”

If the mandate is adopted, manufacturers will have two years to adopt the new rules. While Apple has been successful in lobbying for its interests in America, both O’Brien and Perzanowski do not think there is much Apple can do to prevent this from happening.

“We remain concerned that strict regulation mandating just one type of connector stifles innovation rather than encouraging it,” an Apple spokesperson told Popular Science in an email, adding that they hope existing devices will be allowed to be sold to prevent premature e-waste.

Apple also noted that if the universal charger agreement to use micro-USBs had been mandated 10 years ago, the faster USB-C and Lightning chargers would never have been created.