The creation of a thin rubber sole. 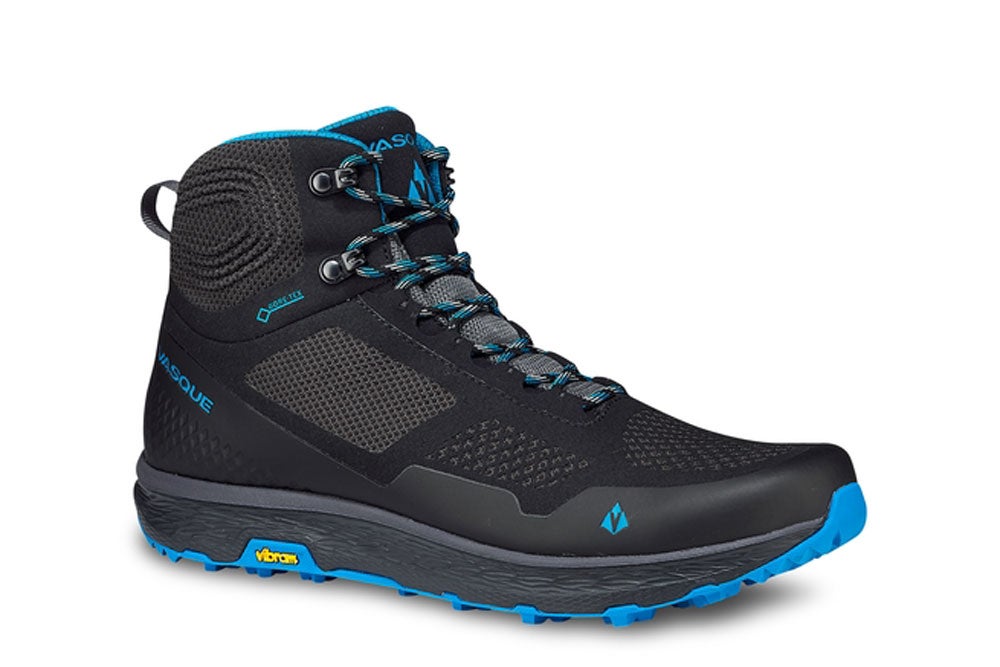 On the hiking trail, every pound matters. Some trekkers push lightweight minimalism to the extreme and obsessively shave off every possible ounce—after all, you can buy a 1-pound, $800-tent made out of Dyneema if you want—while your average hiker is likely happy just to carry gear that’s as light as possible without spending too much money.

With its new Breeze LT boots, Vasque shaved weight off a part of the footwear that you probably don’t think about too much: its outsole. Those outsoles—the part of the shoe or boot that touches the ground below—are made by Vibram, and called Litebase. What Patagonia fleece vests are to corporate types, Vibram is to the soles of outdoor shoes.

To make this ultra-thin sole, the company needed to find a way to make the outsole skinny, light, but strong. The Litebase outsoles are less than a millimeter thick: they can be anywhere from .5 to .8 of a millimeter, which is just .02 to .03 inches thick. The result is a sole that’s 25 to 30 percent lighter than a typical Vibram sole.

The production process for Litebase starts much the same as the formulation sequence for the other soles in Vibram’s lineup, which includes outsoles made from compression-molded rubber for everything from ice to sand to mountain trails. First, they combine the ingredients. “We like to describe it as baking a cake,” says David Filar, a technical product manager for Vibram. After they’ve mixed the different substances together, the rubber eventually takes the shape of what’s called a pre-form, which, Filar says, is a “partially cured” piece of rubber. Then, it needs to be molded into its final shape.

In the mold, that pre-form material “liquifies,” Filar says. The molding process involves “a calculation of heat, pressure, and then time.” Think of that part of the process as like making a waffle.

But just molding a regular sole that’s less than a millimeter thick wouldn’t be practical. “If you were able to mold a base thickness of .5 millimeters,” Filar says, and then you took shoes with those soles out for a run, “the base rubber actually might start tearing.”

So to make it both thin and strong, Vibram baked a coated textile into the sole; the rubber compound and that textile are molded together. That textile is “able to cross-link with the rubber,” he says.

“The textile is die-cut to the shape of sole, and then it’s placed into the mold, and then it’s co-molded,” Filar says. (If you wanted a waffle that’s skinny but tough, imagine placing a piece of fabric in with the batter in the waffle maker.)

The textile displaces some of the rubber—in this case, the rubber compound is the company’s Megagrip mixture—and also gives it strength.

On the new Vasque Breeze boots, the new Litebase sole helped the bootmaker reduce the weight of the kicks substantially. A pair now weighs 1 pound, 11 ounces, while the previous gen was 2 pounds, 10 ounces. Some of that weight reduction came from the new sole, and some came from changes to the material that comprise the boot’s upper portions—they moved to synthetic construction instead of leather.

Vasque isn’t the only company using Litebase. Scarpa already makes shoes with the thin new sole, and other brands, like Mammut, will be creating footwear with it as well.