Apple Music Might Not Stream The Songs You Want It To 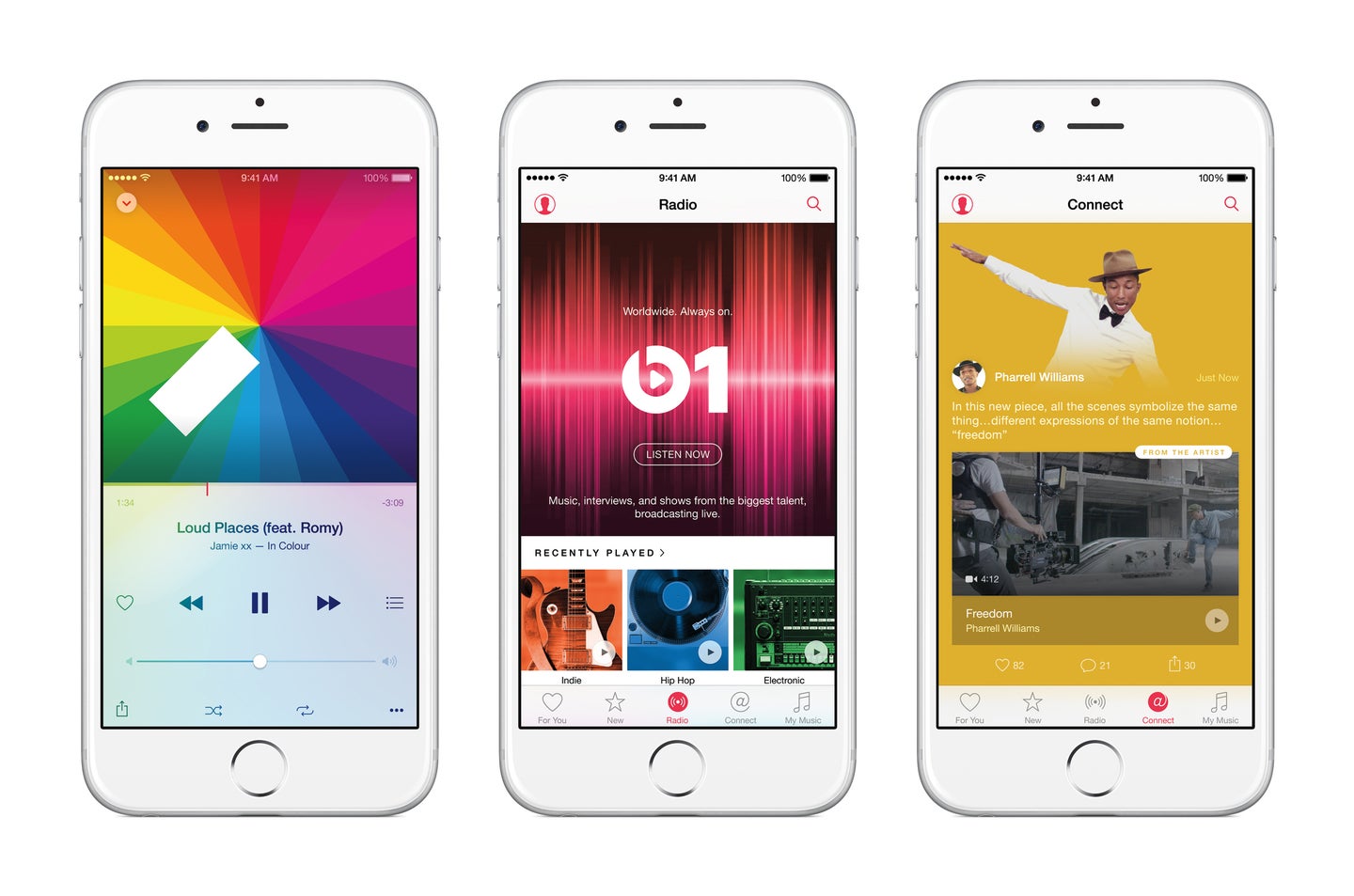 Apple Music, the streaming service launched in late June, was supposed to be the company’s simple solution to music: you pay, and can stream the music you want from a robust library. But now it’s come to light that the service may be a little more confusing, and a lot less powerful, than advertised.

iTunes Match was Apple’s answer to cloud streaming music before Apple Music existed. You could upload your music, and for $24.99/year, access that music from all your iDevices. It used “acoustic fingerprinting” to analyze each song, and give it the appropriate title, album, genre, etc.

It turns out that the new Apple Music is only using tags (little bits of metadata with information about songs, such as title and artist) to identify the music files it plays, as opposed to the “acoustic fingerprinting” used in iTunes Match. Acoustic fingerprinting analyzes a song’s audio and creates a special unique identifier correlated with that song.

So what? Not using fingerprinting means that Apple Music has little way to tell the difference between different versions of the same songs, live and studio albums, and maybe even covers. They’re all getting mixed around in Apple Music servers. When you request a track, you might not get the music you want, or think you were going to get.

Kirk McElhearn, who first posted about how Apple Music matching worked, says that no matter what the song was titled, iTunes Match would still know what it was.

“It doesn’t matter what tags files have: you could have, say, a Grateful Dead song labeled as a song by 50 Cent, and iTunes Match will match the Grateful Dead song correctly,” he wrote. When McElhearn tested Apple Music’s matching by renaming files, Apple Music would delete his original files and replace them with the wrong songs.

Other users have been saying the same thing: Reddit user Technicolours reported all of their live albums were being played as studio versions through Apple Music.

Even Macworld executive editor Susie Ochs had similar difficulties with the service, which replaced live tracks with studio versions.

Apple has never been known for their easy-to-use cloud services. Try to figure out the difference between iCloud Photo Library and Photo Stream on an iPhone, and you’ll see why. But the question remains: why has Apple decided to move away from a backend service that worked?

Marco Arment, co-host of the Accidental Tech Podcast and developer of the Overcast podcast app, wrote in a blog post that users shouldn’t let these “cloud matching ‘features'” near their music collection.

“It’s as if nobody who made this implementation decision had ever encountered remasters, re-recordings, clean versions, live performances, or the many other extremely common reasons why two very different audio recordings might have the same artist and title,” Arment wrote.