Amazon is thinking about routers and you should be, too 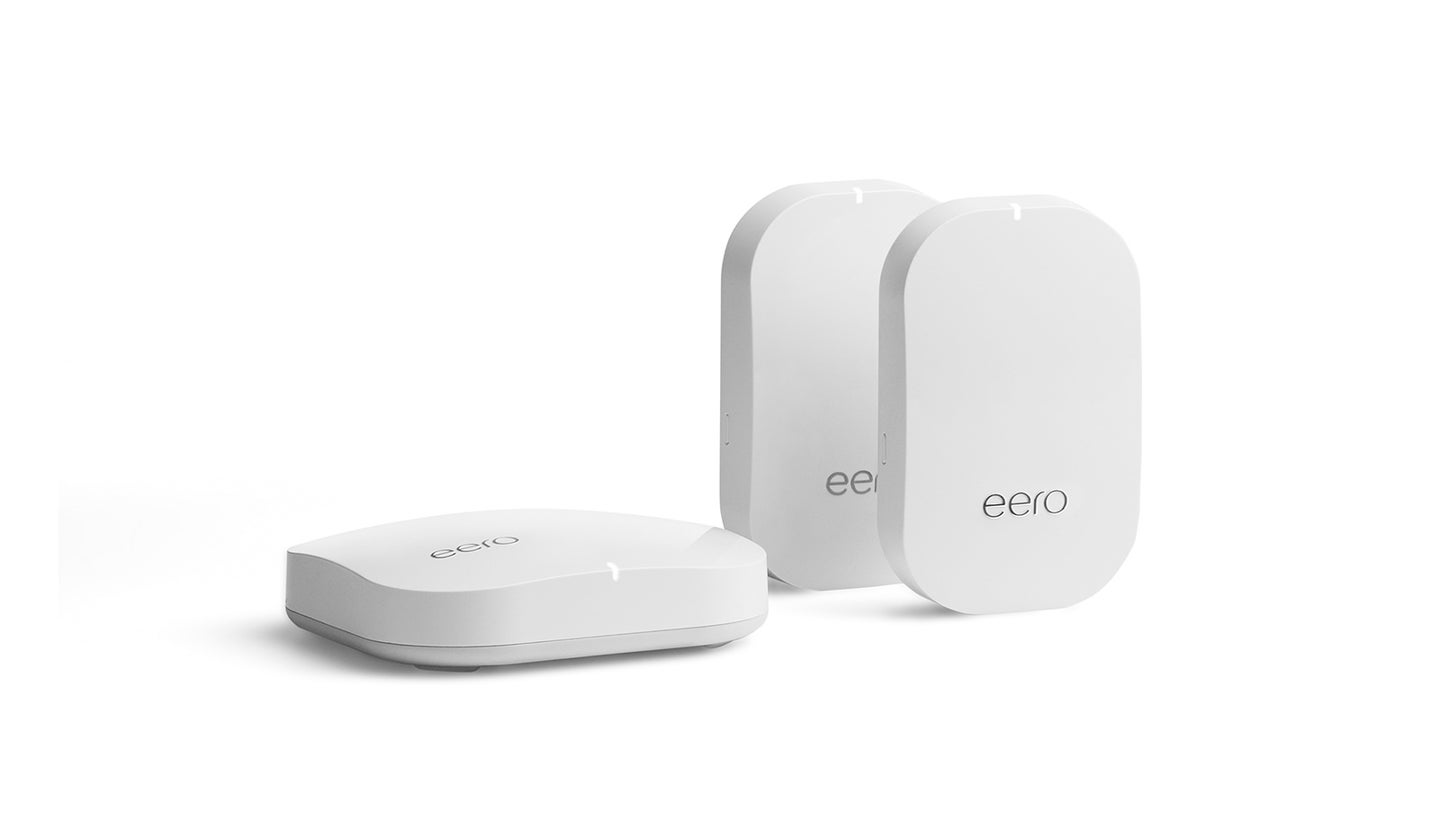 Your router probably doesn’t get enough credit. Routers wouldn’t be fun to get—or give—as a gift, and you probably won’t obsess over your choice when it’s time to upgrade like you would with a smartphone or a laptop. But your router does a ton of work for you and it also knows a lot about you.

Earlier this week, Amazon bought Eero, a hardware company that makes networking gear to create mesh networks around your home. Mesh networks decentralize your connection, spreading signal-slinging duties to several devices throughout your home rather than relying on a single box stashed in the corner dishing out spotty connections that fade over a distance.

Reactions to the acquisition ranged from hopelessly negative to unrealistically optimistic. And while we won’t know exactly how it will shake out, it has—or at least it should—motivate people to give a little thought to their own routers.

What can routers tell Amazon?

“All of your data goes through that router that sits between you and the internet,” says Kevin Du, professor of electrical engineering and computer science at Syracuse University. “Everything can be collected.” But the amount of data Amazon or anyone else on the receiving end of the info can see after collection depends on a few variables. For instance, websites you visit with https:// before the URL will give up the domain you’re contacting, but Amazon wouldn’t be able to see encrypted data—meaning that your behavior once on that site, like the specific pages you visit, should be hidden. Lucky for Amazon, the company already has a very effective method of tracking a user’s general web behavior since Amazon Web Services hosts a massive portion of the internet in general.

One of Amazon’s big motivators for picking up Eero, however, is to make connecting smart home devices simpler for the average user. In doing so, that would give the company access to information about other devices on the network by way of their unique network ID. So, even if Amazon couldn’t exactly pinpoint the kind of smart TV you have, it would reasonably know that there’s a smart TV in your home.

Data is extremely valuable for Amazon, largely because it helps the company sell you stuff. Eero has collected and analyzed user data since the beginning. The data is anonymized, so it hasn’t been looking at what specific users are connecting with or for, but it knows what the most popular smartphone among its users is, for instance.

Still, it’s a big leap from analyzing anonymized data to tracking specific user behavior. And if that’s what you’re worried about, then you should take a peak at what your Internet Service Provider might be up to. Last year, the FCC repealed a regulation that protected users from ISPs collecting and using their personal data without consent.

As of now, Amazon has denied multiple times that it will change any of the privacy policy rules Eero had in place before the acquisition, but that can change down the road

What about your current router?

With all this talk of internet access points flying around the web, this is a good moment for you to take stock of your own router situation since it may be doing you a disservice and opening yourself up to even more serious security and privacy issues.

If you’ve never looked at your router’s settings, it’s possible the default security info is still in place, which makes it vulnerable to attacks, but fortunately, that’s mostly not the case anymore. Du says, however, that a good password for your network doesn’t solve all of your security problems.

“Attackers don’t need your password,” says Du. “If there’s a vulnerability in the router’s firmware, they can use that as a way in.” The process of updating the firmware on your router is—let’s face it—incredibly boring, but it’s important because out-of-date software can open you up to hacks that are otherwise easily fixed. Many routers update automatically by default, but it’s not universal and older devices are less likely to keep current on their own.

Du says experts often recommend replacing your singular router every two to three years. As we move into mesh networks that are made of more access points, the shape of your hardware setup may change even more frequently. And if Amazon starts building Eero access points into gear like Echo speakers, your hardware situation could become even more dynamic, which is even more motivation to keep on top of the updates.

If Amazon starts adding more networking features to its other products like Echo speakers, it will add more complications to making sure the whole system is secure. “You’re adding these new devices,” says Du, “and that broadens the attack surface.”