The airline is working with Joby Aviation with the goal of conducting short flights in an aircraft that runs off battery power, not jet fuel. 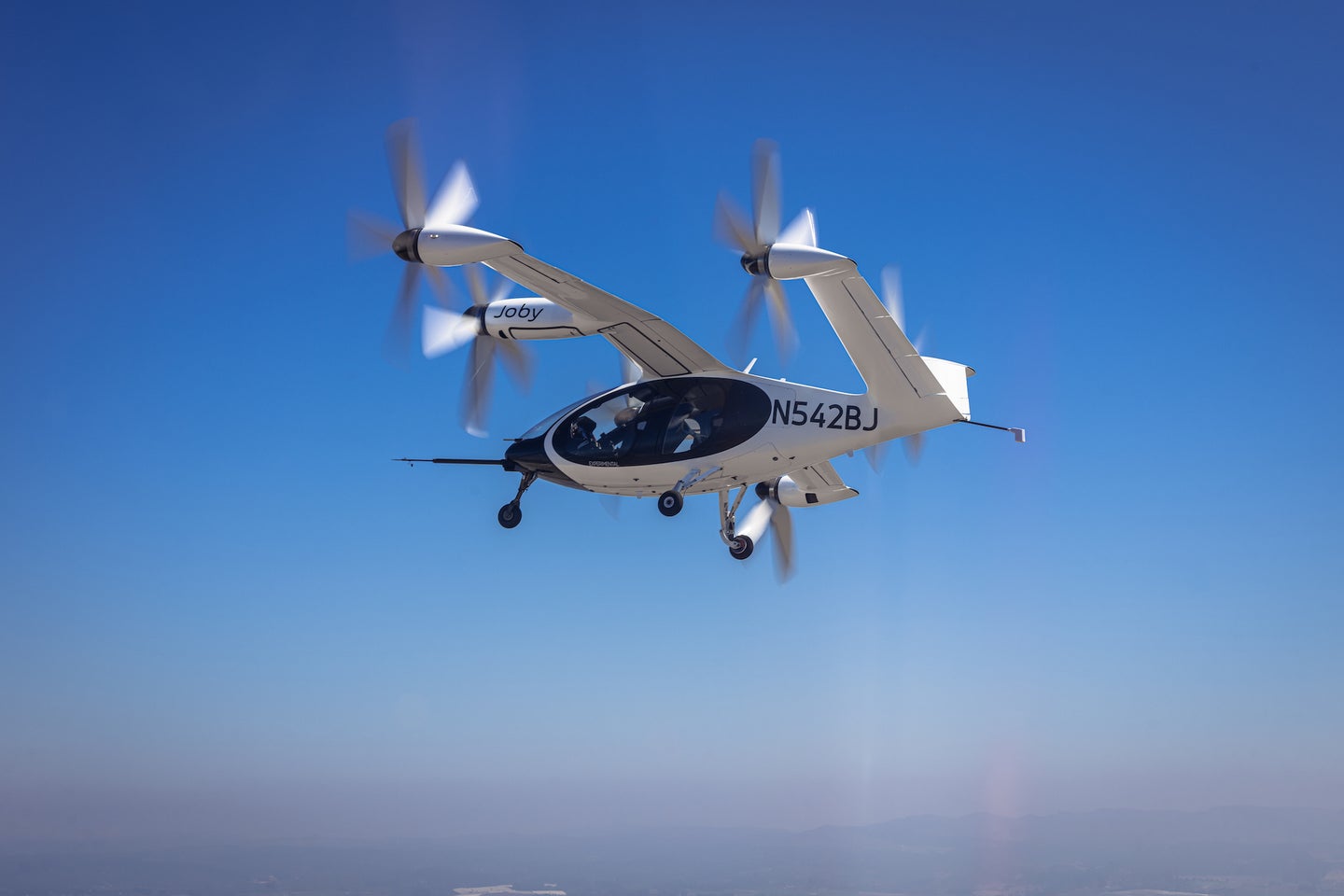 For years, companies have been working on developing electric flying machines that are designed to make short hops that bring people or cargo from one spot to another. That vision is getting closer to taking off, as two companies, Joby and Delta, announced today that they will be working together to whisk people to and from airports in a Joby-made aircraft.

The plan is to begin with two large hubs: New York City and Los Angeles. The companies promise a “premium” experience, although aren’t yet sharing how much it will cost or when exactly the service will begin. The general idea is something like this: Someone booking a ticket via Delta to fly from John F. Kennedy International Airport to another city would see an option to add on an air taxi leg to get them from a heliport-like facility somewhere near their home to JFK, and would book it through Delta’s app or website.

Eventually, the air taxi, made by Joby, might even deliver its passengers to a spot at the airport that’s located post-security, Ed Bastian, Delta’s CEO, said during a press conference on Monday. Delta is also investing $60 million in Joby.

The main player here is Joby’s air taxi, which sports six large tilting propellers. They provide the thrust it needs to get off the ground, and then tilt into a different position to wing it through the air. Four of these propellers, which are all powered by electric motors, are attached to the wing, while two are on the tail. It took some work to arrive at this version: “We built dozens of different configurations,” JoeBen Bevirt, Joby’s CEO, told PopSci last year when we took a closer look at the aircraft.

The modern version of the aircraft holds four people, as well as a pilot, and the company lists its capabilities as having a range of 150 miles and a maximum velocity of 200 mph. (A robust amount of passenger luggage could affect the aircraft’s ability to hold four riders who want to go to the airport.) The fact that it has a pilot might sound like a no-brainer, but not every player in this industry is taking that approach. Wisk Aero, which is backed by Boeing, just revealed its sixth-generation flying machine, and Wisk’s strategy remains to pursue autonomy first, and have no pilot on board. They will have human operators overseeing the flights from the ground, though.

Work remains to be done before all of Joby and Delta’s plans become a reality—from getting the proper regulatory approvals to developing the actual sites where the Joby vehicle would take off and land. In a press release, Joby said that their aircraft has completed “more than 1,000 test flights, demonstrating its range, speed, altitude and low noise profile.”

However, on February 16, a test flight ended in an accident, with an aircraft becoming “substantially damaged,” according to a preliminary report from the NTSB, due to a “component failure.” No one was hurt in the incident that took place near a village called Jolon, California, which is roughly halfway between Los Angeles and San Francisco. The plane was being “remotely piloted” and the testing that day reportedly involved speeds as high as 276 mph; the aircraft was involved in a fire once it was on the ground, according to the NTSB. (You can find a link to the report here.)

Joby and Delta are not the only players working to usher in a new aviation era involving short, battery-powered flights. Others include Eviation, which just flew its Alice demonstrator for the first time, and electric-air-taxi-maker Archer scored $10 million in August from United. Plus, Air Canada plans to buy hybrid-electric aircraft designed to seat 30 people and made by Heart Aerospace. And in addition to Wisk and its plans for self-flying air taxis, Beta Technologies has developed a piloted electric aircraft that’s been flown by US Air Force pilots.

Watch a video about the Joby aircraft, below.