These new flying taxis offer a glimpse at our future commutes

What to know about the latest electric aircraft news to come out of this year’s CES. 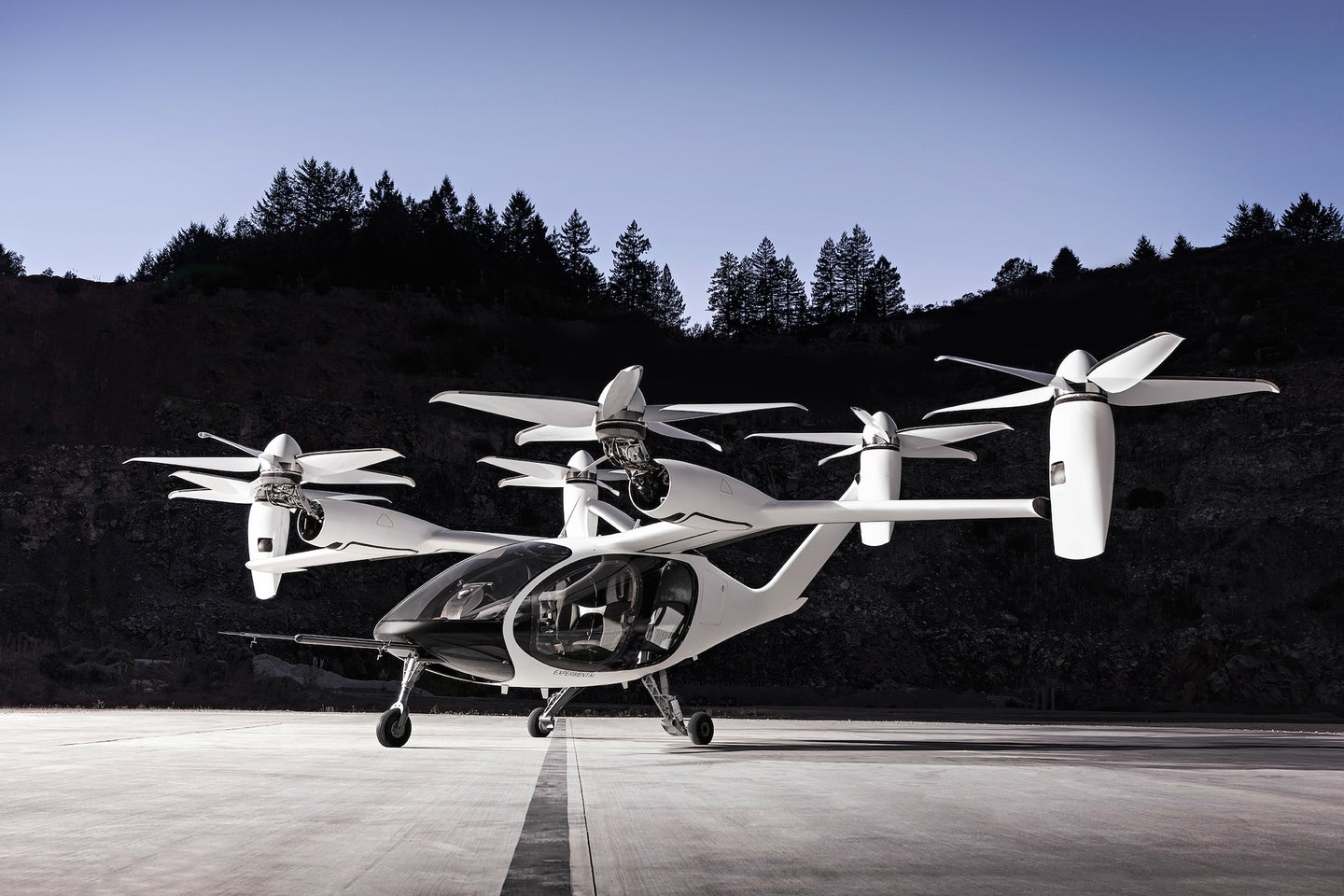 The annual Consumer Electronics Show is ground zero for showing off fancy new products and concepts that may or may not become a reality in your life in the near future. And nothing quite says “future” like an autonomous and electric flying pod that could whisk you through the skies. Of course, there’s never turbulence or a bumpy ride in any of these visions, which is certainly something to wonder about with a small flying machine.

Sometimes referred to as flying cars, these small aircraft are much closer to flying taxis, since they’d be shared. The more technical industry name for them is VTOL, or eVTOL: that stands for “vertical take off and landing,” with the optional “e” in front referring to “electric.”

A variety of companies, both startups and automakers, are working in this frontier-like aviation field. Here’s what we’ve seen so far at this year’s all-virtual CES, as well as a look back at an aspect of last year’s show, too.

One of the flashiest concepts to come out CES this year is a vision of a one-seater flying taxi from GM and Cadillac. Promising “premium craftsmanship inside,” the company boasts that the aircraft would be a luxurious way to jaunt from rooftop to rooftop in the future.

The video advertising the idea is completely simulated, meaning the aircraft it depicts may be just as realistic (or unrealistic) as any you see in a CGI-heavy movie set in the future. That being said, it does show some specific design choices. The small craft has eight ducted rotors to give it lift and thrust. From afar, it looks like it has just four, but the concept calls for stacked rotors in each duct. Inside each duct, the two rotors would counter-rotate, one above the other.

Enclosing spinning fans, or rotors, in a duct means that they could hypothetically be quieter and more efficient, and it’s a common choice in the VTOL space. For example, an electric aircraft from a company called Lilium uses many small ducted electric motors to provide lift and thrust, and another model from Bell uses four large ducted fans.

GM says that this concept could hit speeds of 56 mph, and fly autonomously, so the solo passenger inside would be free to stare out the window or, more likely, at their phone.

A more concrete vision comes from a large carmaker plus a startup called Archer. Those two companies announced earlier this week that they’re going to start working together in the flying taxi space.

Archer, based in the San Francisco Bay area, has plans to create an electric aircraft that would be able to take off and land vertically. The plane hasn’t flown yet or even been publicly revealed, but the company says that it will indeed be shown off in the second quarter of the year, and that it could transport regular folks on flights in 2024. They aren’t revealing design details of the contraption yet, although a rendering shows a plane with six propellers and a V-shaped tail. The speed will be 150 mph, the range 60 miles, and it will hold multiple passengers.

As for the collaboration with Fiat Chrysler Automobiles (FCA), an Archer blog post explains that the partnership will give them “access to FCA’s low-cost supply chain, advanced composite material capabilities, and engineering and design experience, driving Archer toward the capacity to volume manufacture eVTOL aircrafts in 2023.”

What about Uber Elevate and its flying taxis?

The Archer-FCA deal is not the first collaboration involving an automaker in the flying taxi space. Last year at CES, Uber and Hyundai said they’d be working together. But in December, Uber and a company called Joby announced that Joby was buying Uber Elevate, the ridesharing company’s flying taxi initiative.

Because of this, an Uber spokesperson explained via email that “we’ve ended our relationships with all Elevate vehicle partners, including Hyundai.” Joby, for its part, is working on an aircraft that can go quite fast—200 mph—and cover 150 miles. It needs a human pilot, can seat four people in addition to the aviator at the controls, and may even carry out flights for the U.S. Air Force.